NEW YORK - If ever you needed an excuse to eat chicken wings at all three meals, this is it.

July 29 marks National Chicken Wing Day, a holiday devoted to all things wings. Established in 1977 by Stan Makowski, the then-mayor of Buffalo, N.Y., the holiday originally celebrated Buffalonians’ penchant for consuming ''thousands of pounds of chicken wings” at restaurants every week, according to the New York Times. (The Anchor Bar, in Buffalo, is largely credited with being the inventor of the modern buffalo wing in 1964, although other restaurateurs in the area have challenged that claim.) 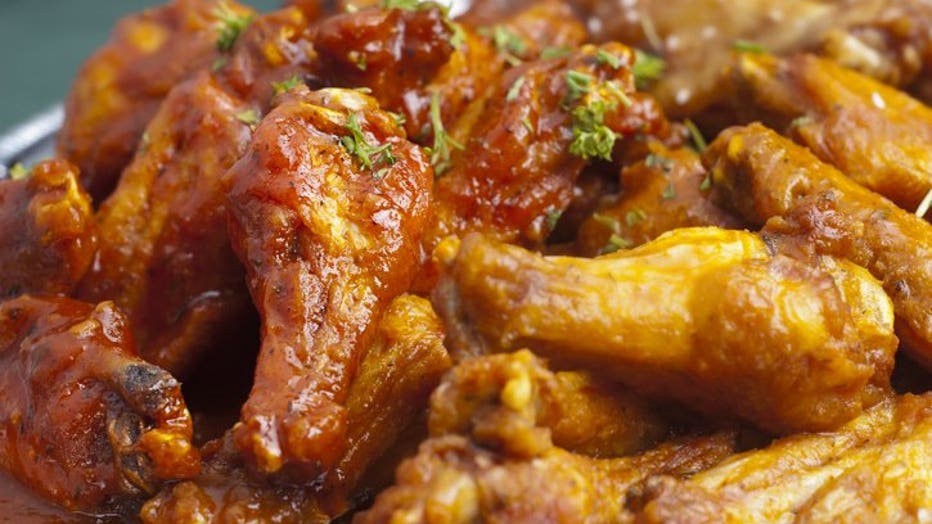 Today, however, buffalo wings are celebrated far outside of Buffalo, N.Y. — which, it should be noted, didn’t even have its own Buffalo Wing Festival until a 2001 Bill Murray film mentioned the then-fictional event.

And now that they’re properly appreciated, and celebrated, far and wide, it’s time to find out where to get your fix:

Applebee's is offering buy one, get one free deals on any to-go or delivery wing order. Just add WINGDAY code at checkout

Dine-in customers can tuck in to 10 free boneless wings with the purchase of any 10 wings at participating Hooters restaurants nationwide. Wing fans are also invited to vote for their favorite style, drums or flats, with the loser getting taken off the menu.

Pluckers is celebrating its anniversary with a week of deals, culminating in $0.75 wings and $1 Bud Lights on July 29.

Anyone using the promo code 5FREEWINGS will get just that — five free extra wings — added to any Wingstop wing order purchased at regular price. Wingstop will also donate $1 from every order to charity, so long as it’s placed with the promo code.