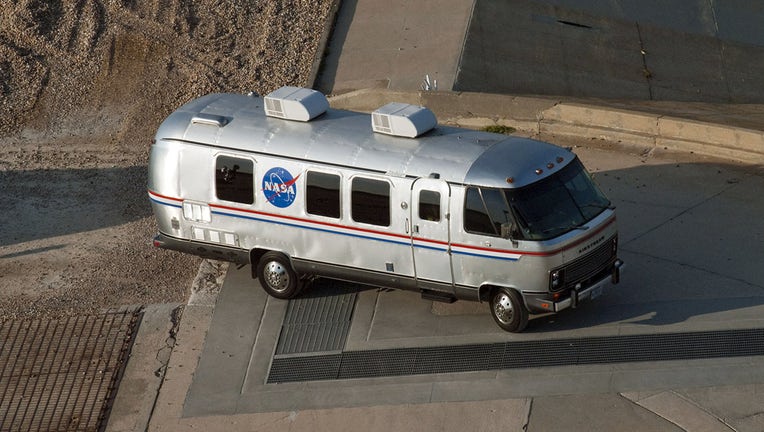 Seen from an upper level of Launch Pad 39A at NASA's Kennedy Space Center in Florida, the Astrovan transports the STS-135 astronauts to the pad to participate in a launch countdown simulation exercise. (NASA photo / Jim Grossmann)

For decades, an iconic silver Airstream motor home served as the last Earthbound means of transportation for hundreds of astronauts. In its 27 years of service, the Astrovan logged over 26,000 miles as it ferried astronauts from their suit-up location at Kennedy Space Center’s Operations & Checkout Building to the launch pad nine miles away.

On its way to Launch Complex 39, the van would stop at the giant Vehicle Assembly building where mission managers would step out and head for the Launch Control Center, while the astronauts – sometimes with a wave for the media – would then continue to the pad.

After shuttles landed at the giant KSC runway, the Astrovan was there waiting.

But when the space shuttles were retired in 2011, the Astrovan was retired, too. It can now be seen next to space shuttle Atlantis in the Kennedy Space Center Visitor Complex museum. 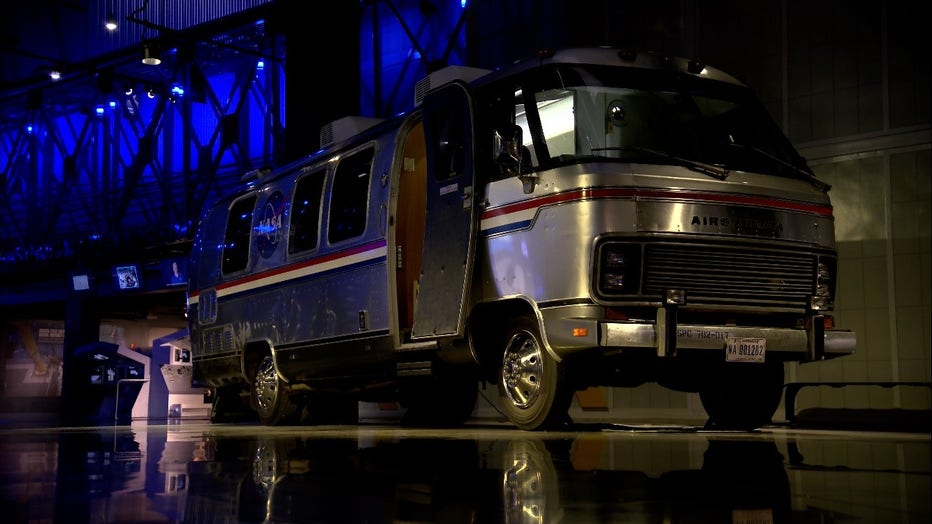 The Astrovan used during the space shuttle program is on display inside the Atlantis exhibit at NASA's Kennedy Space Center Visitor Complex in Florida. (NASA photo)

Crewed missions from KSC resumed in 2020 with the debut of SpaceX’s Dragon capsule flights. But in a display of corporate synergy, SpaceX crews ride white Teslas to the launch pad.

When NASA’s Artemis missions to the moon kick off in the next few years, their astronauts will need a new ride, dubbed – at least for now – the Artemis Crew Transportation Vehicle. And the agency is now asking the public for ideas. 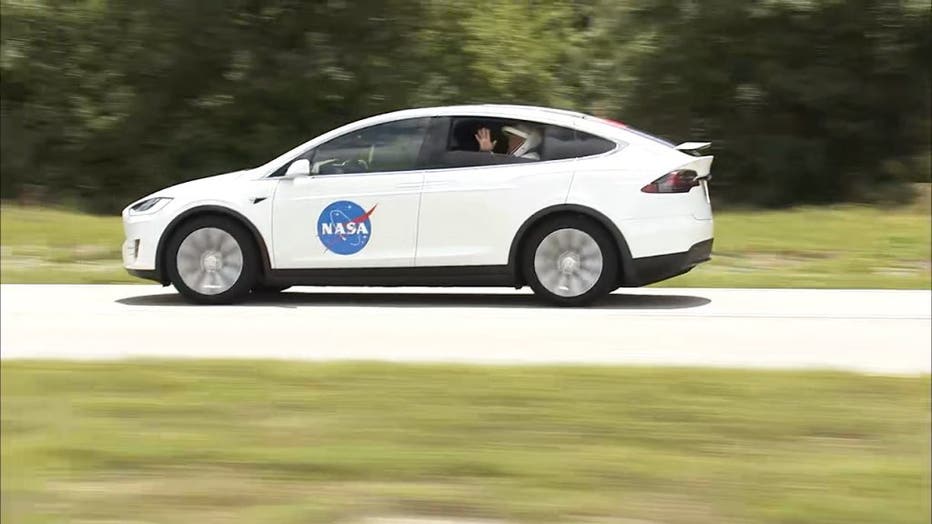 A Tesla Model X carrying NASA astronauts Bob Behnken and Doug Hurley is photographed from a chase vehicle on the way to the launch complex. (NASA TV image)

NASA says the vehicle will need to seat eight people, including four fully suited crewmembers. It can be a new design or a modification of an off-the-shelf vehicle.

"The proposals should be unique, embrace new technology, and visually embody Artemis to the public," a NASA press release noted.

The official U.S. government notice lists a few more requirements. It must be a zero-emission vehicle, feature "sufficiently large doors," and be able to handle the astronauts’ self-contained breathing and equipment for the ride to the pad.

NASA will still provide the iconic logos and emblems, though.

Ideas are due by October 22.

LINK: All the details on the General Services Administration’s website