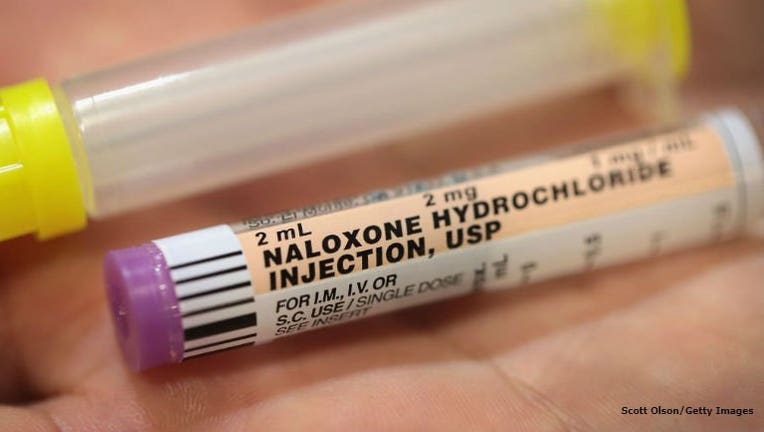 ROCKFORD, IL - JULY 14: A Rockford firefighter displays a dose of Naloxone which the department carries on their ambulances to treat opioid drug overdoses on July 14, 2017 in Rockford, Illinois. Rockford, a city of about 150,000 located in northern I

MADISON, Wis. - With opioid overdoses setting records in 2020, an effort is underway to install boxes in public that would make a frequently used rescue medication available in case of emergency.

A group called Wisconsin Voices for Recovery is working with Milwaukee-based pharmacy Serve You Rx to install naloxone boxes around the state.

The drug, more commonly known as Narcan, can be administered without a prescription. Wisconsin Public Radio reports the effort comes as more than 81,000 people died of opioid overdoses last year, including more than 500 in Milwaukee County.

She said the naloxone boxes should be seen as similar to the automated external defibrillators in so many public places. The defibrillators can shock a stopped heart back to life.

Each box will contain naloxone nasal spray, instructions on how to administer the drug, and information about resources for treatment and recovery support. State money is helping support the effort.

The striking ice caves on Lake Superior will not open this season.

Over $800 worth of merchandise stolen from Target in Menomonee Falls

The Menomonee Falls Police Department is investigating a retail theft that occurred Friday, Jan. 8 at the Target on Shady Lane.