Music building, Recital Hall to reopen Monday after fire at UWM`s Peck School of the Arts

Music building, Recital Hall to reopen Monday after fire at UWM`s Peck School of the Arts

MILWAUKEE -- The music building and Recital Hall will reopen Monday, April 17th at UW-Milwaukee's Peck School of the Arts after a fire Saturday night, April 8th, believed accidental, which resulted in an estimated $1 million in damage. UWM officials said classes held in the art, music and theater buildings will resume Wednesday, April 12th in alternate locations.

The below statement was released by UWM officials Tuesday, April 11th:

Students have received emails from their departments, letting them know the new locations of their classes. All classes relocated by the Peck School will remain on campus, as will most recitals and performances.

The school has received multiple offers from community organizations to use their spaces.

“The Peck School is humbled by the outpouring of community support, be it from other schools and groups on campus, to sister performing, visual and educational groups in Milwaukee, as well as churches,” said Scott Emmons, dean of the Peck School of the Arts. “Because our music building, which hosts most of the Peck School’s events, received the least smoke and water damage from last Saturday’s fire, we received clearance to reopen our Recital Hall doors as soon as Monday. We cannot thank everyone assisting with this process enough for their dedication and efficiency. Because of this news, events originally scheduled in the Recital Hall will not need to move, except for a few that have already been announced. Those include two guest guitarists, Adam Holzman and Alex De Grassi, whose concerts were moved to UWM's Greene Hall. More information will be forthcoming regarding our Mainstage Theatre production, Arcadia.”

The set for Arcadia was among the items destroyed by Saturday’s fire. The blaze was reported about 10 p.m. No one was in the building at the time, and there were no injuries.

The music building will reopen Monday, along with Recital Hall. The art building is expected to reopen a few days later. The theater building will likely remain closed until fall.

Along with the art, music and theater buildings, the Peck School operates the Helene Zelazo Center for the Performing Arts and Kenilworth Square East, which both include performance spaces. It also has classroom and studio space in Mitchell Hall.

The cause of the fire remains under investigation. Cleanup was underway Tuesday, April 11th.

After a fire you can't always see the damage, but in this case, Chad Holland could smell it.

On the second floor of the Peck School of the Arts, employees of Paul Davis Restoration picked apart the damage left by the weekend fire. 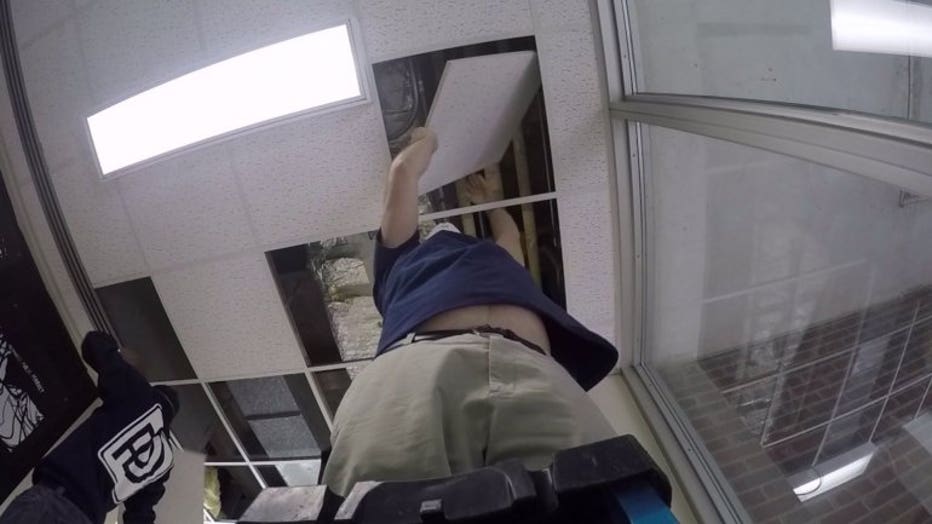 "We're working on eight floors and it's mostly ceiling tiles and a lot of cleaning," said Holland.

One wing of the art department was spared by the fire, but it was inundated by smoke, so the ceiling tiles have to go.

"Some areas are very lightly affected. Those will be back into operation for UWM in no time. Others will take a bit longer," said Holland. 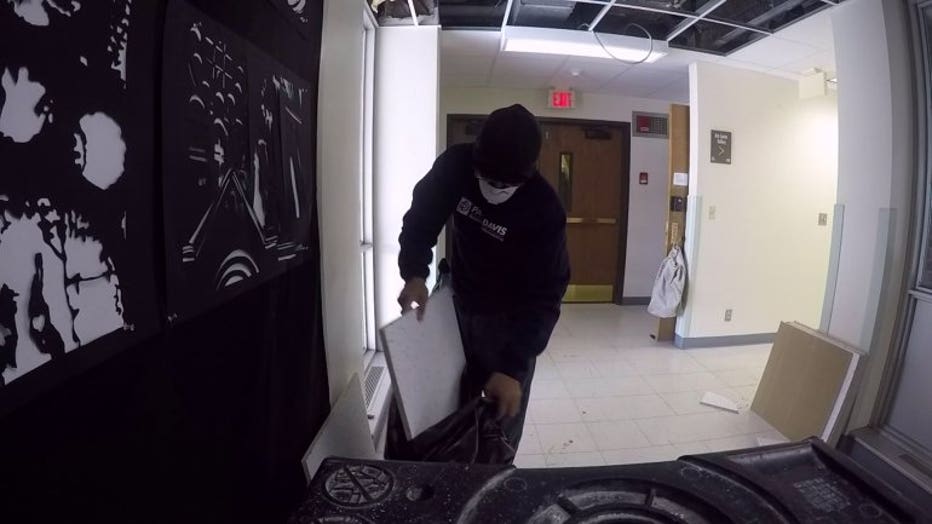 The spots that will take longer are spots like the scene shop in the theater department -- where the fire started.

On Tuesday, the Peck School of the Arts was surrounded by trailers as more than 60 workers hauled out what was ruined and fanned out the campfire smell. 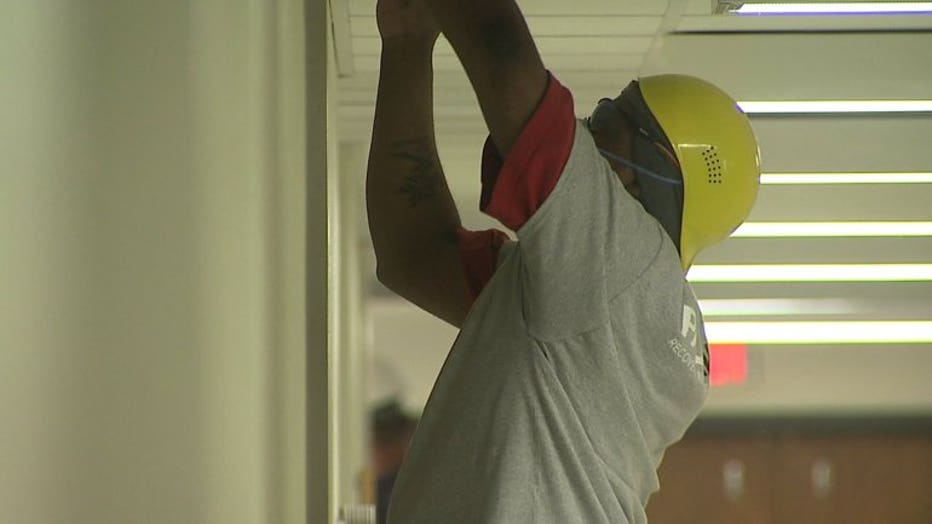 "We often have a timeline and a deadline to hit and in this case it's getting students back to school," said Holland.

It could be months before the most damaged areas are back in action. 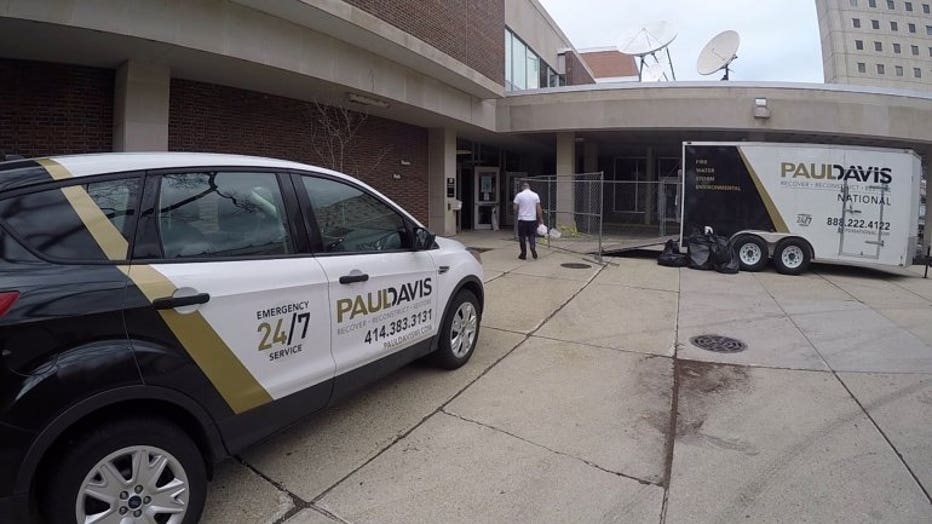 "Pending some fine tuning, there will be some spaces open toward the end of this week and for sure the majority will be open for business on Monday," Holland said.

The music building is expected to open Monday, and the art building by April 21st -- but the theater building will likely stay closed until the fall semester.