Police have described the suspect as a white male wearing a flannel, backpack, and a bandana.

Investigators say most of the fires started at the vehicles' tires. 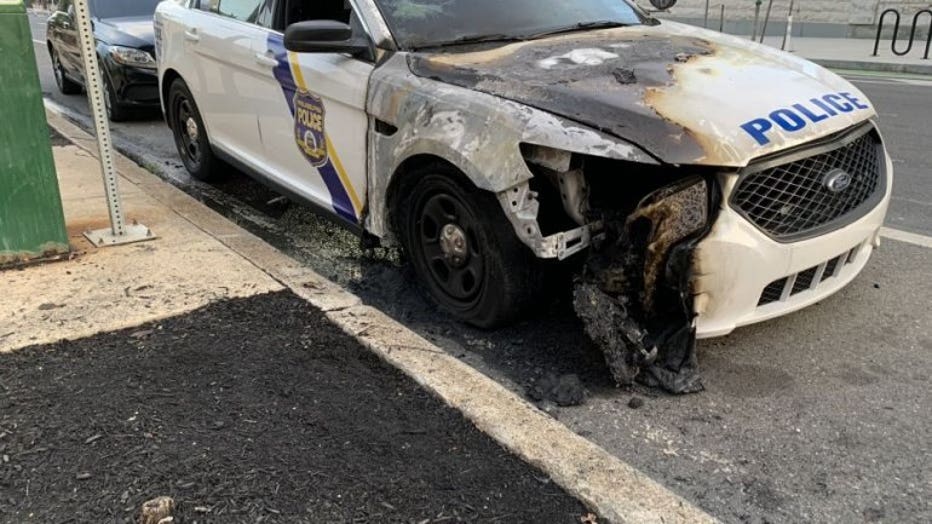 Police vehicles sustained damage from the fires at the following locations:

Police officers were advised by radio not to leave their vehicles unattended. Some officers took their patrol cars to garages.

No injuries have been reported to any officers or civilians in any of the incidents.