City leaders say the health inspectors who were called there on Saturday during the rally were met with abuse and even received threats to their lives.

MILWAUKEE - After health inspectors experienced verbal and physical abuse, and in some cases death threats, the City of Milwaukee Health Department will be partnering with Milwaukee police as a precaution moving forward.

Protesters grabbed a microphone and pulled a Serb Hall employee to the ground in a rally that turned ugly on Saturday. Some accosted city workers who were there to do their jobs.

"No one can expect our employees who are there to serve the public, to put themselves in harm’s way because someone has an ax to grind about wearing a mask or socially distancing," Milwaukee Mayor Tom Barrett said.

Health inspectors arrived at the pro-Trump "Defend Your Vote" protest after meeting with Serb Hall managers on Friday, Nov. 13. 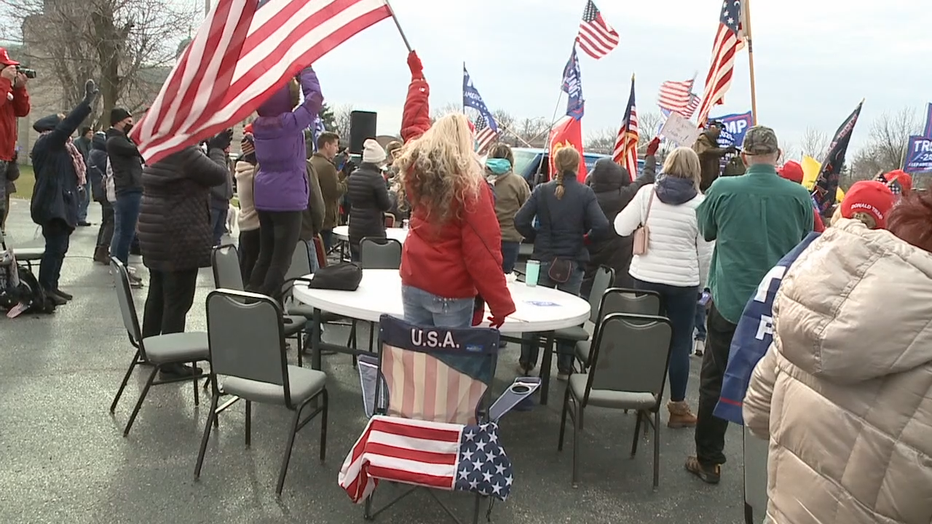 "We were very clear that masks, social distancing, crowd size and seating were all required to be a part of Serb Hall’s compliance," Marlaina Jackson, the city's interim health commissioner, said.

After issuing guidance on Friday, health inspectors found the facility to be in violation on Saturday. Serb Hall has since received several $500 fines.

City leaders say the health inspectors who were called there on Saturday during the rally were met with abuse -- verbally and physically -- and even received threats to their lives.

"I am disheartened when I hear that our inspectors receive death threats for doing the work they feel they are committed to do, to serve our public," said Jackson. 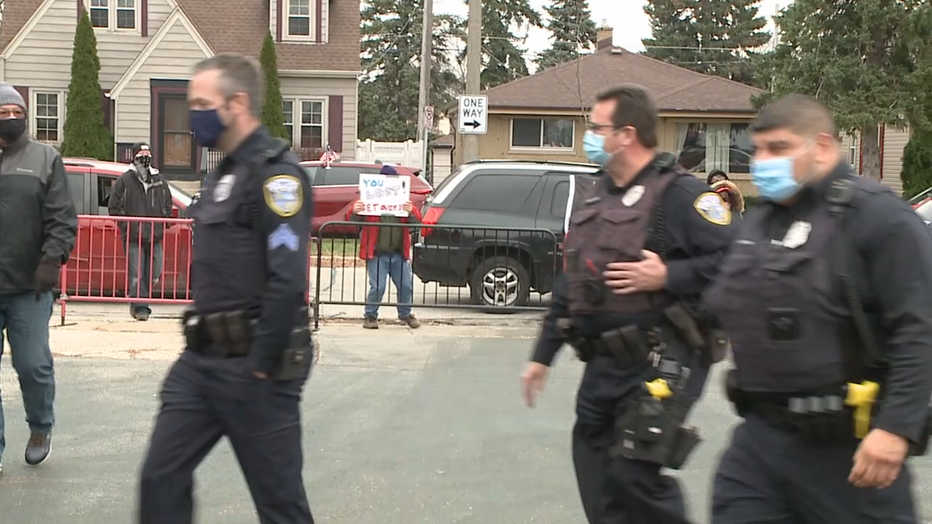 Because of those and other acts of aggression, all health inspectors will be accompanied by Milwaukee police officers as they visit bars and restaurants moving forward.

The presence of officers is one way to keep health inspectors safe, as they try to do the same for others.

"I am absolutely appalled that our inspectors are met with abuse," Jackson said.

A city spokesman told FOX6 News that one death threat as submitted electronically on the city's website. On Monday, people showed up twice to the municipal building, asking for a particular inspector -- who was at Saturday's event -- by name.

The Milwaukee's Health Department is still reviewing potential fines for Serb Hall after a pro-Trump rally hosted on their property took an ugly turn.