MILWAUKEE -- Milwaukee police on Monday, April 1 confirmed an arrest was made in connection with a homicide at 19th and Wisconsin Friday, March 29. Police said criminal charges would be presented to the Milwaukee County District Attorney's Office in the upcoming days.

The victim was identified as 53-year-old Johnny Smith. Officials said he was not affiliated with Marquette University. The scene was down the street from several student dorms and apartments, and right next to the Marquette University School of Dentistry.

Church officials declined to comment on the investigation, and police have not released any information on a motive.

We could learn much more when formal charges are filed against the suspect. 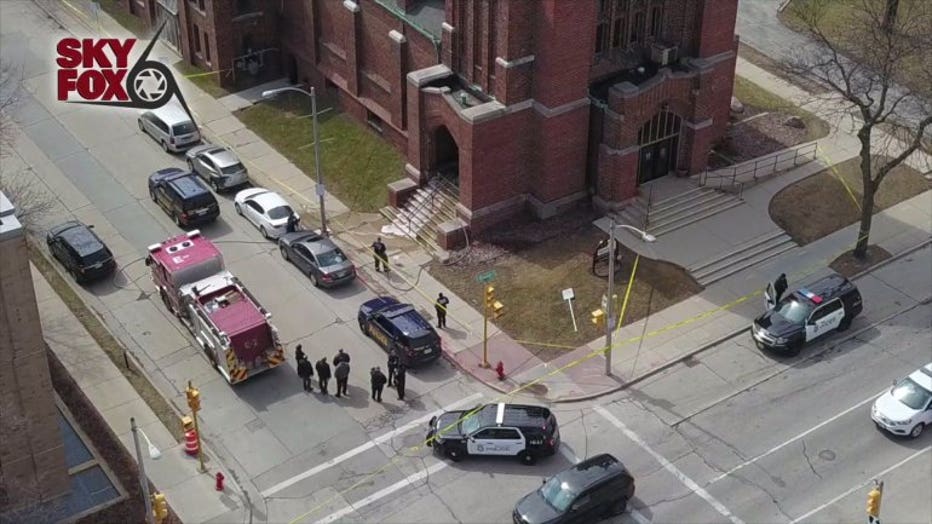 Homicide near 19th and Wisconsin in Milwaukee