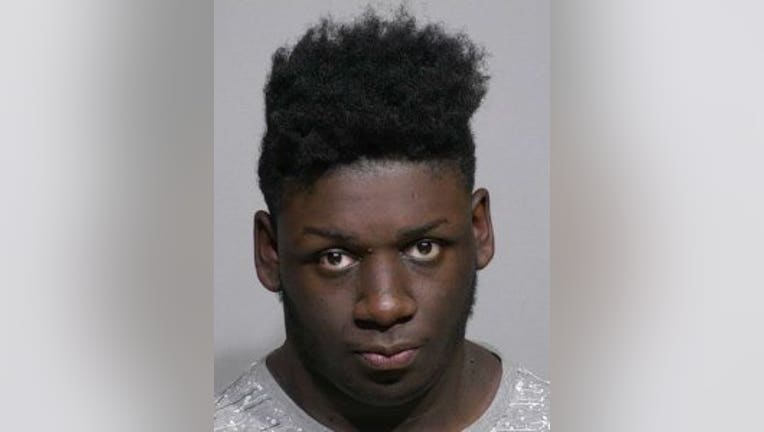 MILWAUKEE -- An 18-year-old Milwaukee man has been charged after he was stopped by police while driving a stolen vehicle. The accused, Qushawn Thompson, was employed with the Milwaukee Police Department as a police aide at the time of the incident.

Thompson is facing one count of drive or operate a vehicle without the owner's consent.

According to the criminal complaint, on Nov. 20 a woman reported her blue Dodge Caravan missing. She indicated it was taken sometime between 2 p.m. and 3:15 p.m.

On Nov. 21 at approximately 12:45 a.m. officers were dispatched to the area of Fond du Lac Avenue and Bourbon Street for a complaint of shots fired. Upon arrival, officers heard screeching tires and then observed a blue Dodge Caravan make an erratic turn into a parking lot.

Officers then pulled up behind the blue Dodge Caravan and identified it was the one reported stolen on Nov. 20.

Police say the driver, later identified as Qushawn Thompson, immediately exited the vehicle and attempted to flee the scene on foot. He was stopped by police. Officials say he was wearing large black socks on his hands. There were two passengers who also fled the scene on foot -- but were eventually arrested.

Thompson was employed with the Milwaukee Police Department as a police aide at the time of the incident. His assignment included working at the stolen auto desk.

Thompson is due in court for his initial appearance on Dec. 10.