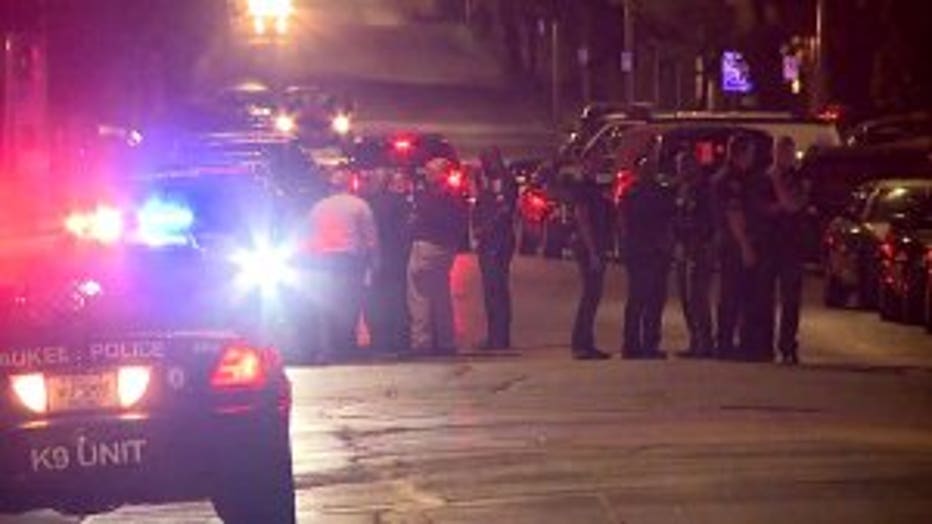 MILWAUKEE -- The aftermath of Tuesday night's police pursuit that ended at 16th and Keefe in Milwaukee left several people injured -- including children and a 34-year-old Milwaukee police officer from District 5. The five-year veteran of the department was struck by a responding squad at the chaotic scene.

"I thought that he was really hurt. And maybe on his, you know, going to pass away or something," said Angela Willis, a neighbor.

Those who witnessed first responders assisting the injured officer feared for the worst. FOX6 News has learned the call over police radios suggested the officer was pulseless. 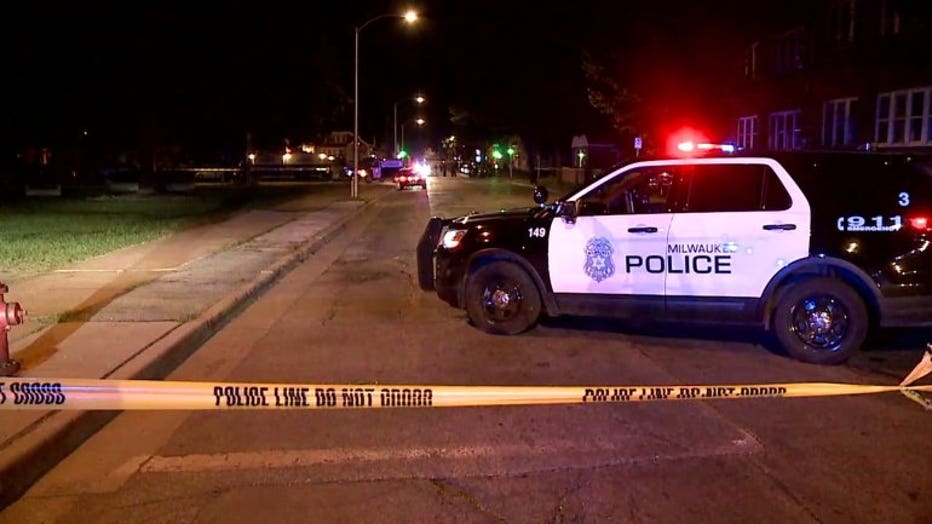 "I'm very, very pleased that our emergency medical personnel did such a great job."

FOX6 News also confirmed the suspect's identity. But we are not naming him until he has been charged. The 28-year-old was booked Wednesday morning on a preliminary charge of fleeing from police. A look at his criminal history shows the suspect has fled from officers before. In fact, his last interaction with police was in June for driving with a suspended license. 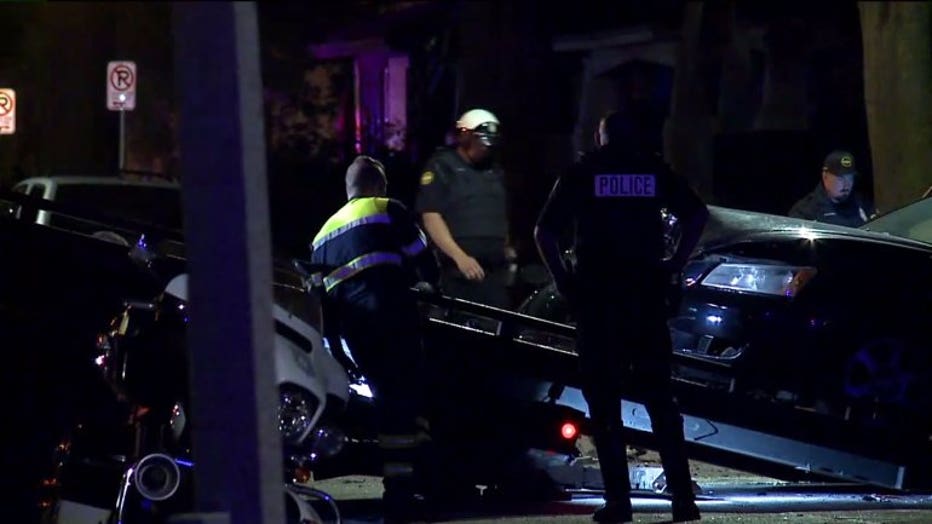 Milwaukee Police Association President Shawn Lauda said he visited the injured officer in the hospital. He tells FOX6 News the officer is in "good spirits" and smiling, despite his pain and injuries. He said the striking officer in this incident is known as being "an outstanding officer" whose only intent was to arrest the suspect.

A 30-year-old woman was in the suspect vehicle. She was also hurt. There is no word at this time whether she will face any charges.

Last night we had several officers appropriately engage in a pursuit of a vehicle possibly wanted in a robbery.  As the situation unfolded, the suspects placed the entire community in danger with their totally reckless and dangerous actions, once again, as the police performed their charged duties.  Near the conclusion of this pursuit, one of our officers was struck while on foot by another responding officer in a squad car.

Although having suffered serious injuries, I’m happy to report that the injured officer is strong, in good spirits, and will recover.  Having personally spoken to the officer in the hospital, I was inspired by his attitude and composure.  After such a traumatic incident, this heroic officer didn’t hesitate to smile in conversation, despite his pain/injuries.  He was truly an inspiration.

Incidents like this highlight the dangers of daily police work in the City of Milwaukee, and all over, for that matter.  What it demonstrates is that our police will always stand up to criminal activity and take action to make the community safer, despite the dangers to their own personal safety.  For this, we express appreciation for our officers, as they are the ones that stand between us and chaos.

By the grace of God our injured officer will be ok in the long run, but we know it could have been much worse.  Having participated in many incidents such as this over my career, I can attest to the fact that not everything goes perfectly or to plan.  Nobody within my membership places any blame on our officer driving the squad that struck our injured officer, quite the opposite.  The striking officer, whom I personally know, is an outstanding officer and good man, who had nothing but the best intent to apprehend the bad guy.  All officers know that in chaotic scenes such as last night’s, there is always risk of all sorts of things happening and any one of us could have accidentally struck our officer.  We have nothing but love and support for both officers!

All officers involved in last night’s incident are to be commended for risking their own lives in apprehending extremely dangerous criminals.  The city is safer because of their work!