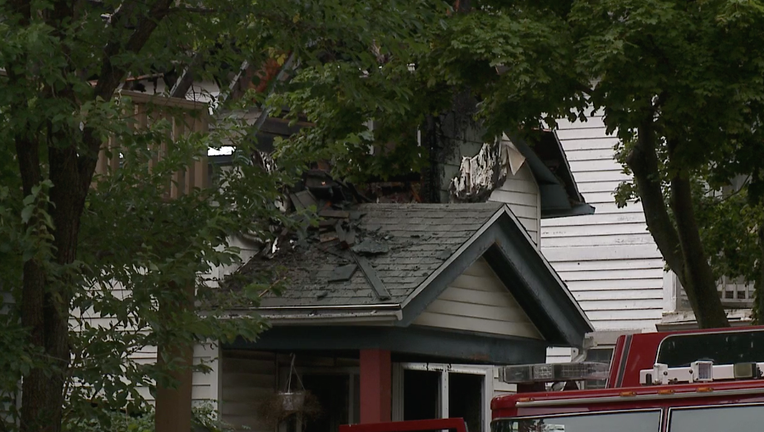 Crews work on a house fire near 24th Place and W. McKinley.

MILWAUKEE - Milwaukee police say a house near 24th Place and W. McKinley was intentionally set on fire by a 40-year-old man found at the scene Sunday morning.

Fire officials were called to the scene around 7 a.m.

The suspect sustained non-life threatening injuries and was taken to the hospital where he was arrested.

The fire chief says no one was home and the time. Neighbors reportedly said the family was on vacation.

The circumstances leading up to the arson are under investigation. Criminal charges will be referred to the Milwaukee County District Attorney’s Office in the upcoming days.