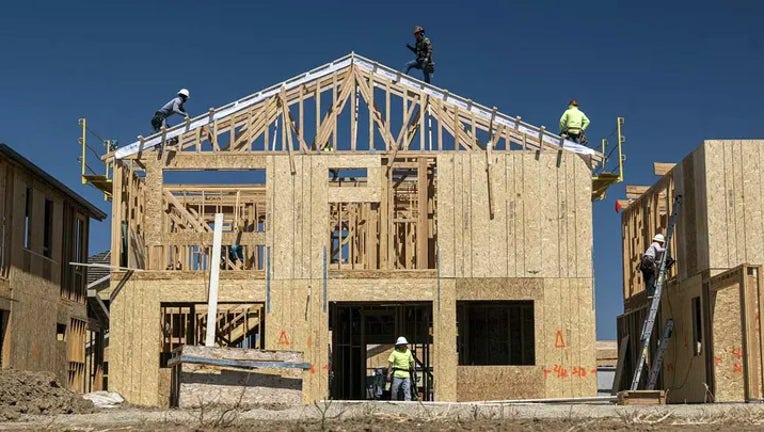 Contractors work on a home under construction in Antioch, California, on June 14, 2022. (David Paul Morris/Bloomberg via Getty Images)

Mortgage rates continued to fall this week to their lowest levels since September as the latest round of economic data showed signs that inflation is starting to cool.

"Declining rates are providing a much-needed boost to the housing market, but the supply of homes remains a persistent concern," Khater added.

The big rise in mortgage rates during the past year has throttled the housing market, with sales of existing homes falling for 10 straight months to the lowest level in more than a decade.

Though inflation at the consumer level has declined for six straight months, Fed officials have signaled that they may raise the central bank’s main borrowing rate another three-quarters of a point in 2023, which would be in a range of 5% to 5.25%.

LINK: GET UPDATES ON THIS STORY FROM FOX BUSINESS