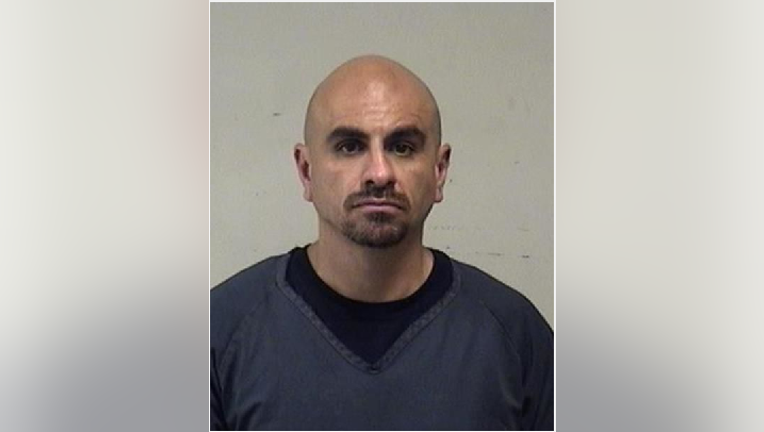 PLEASANT PRAIRIE, Wis. - Michael Karmo of Missouri was sentenced on Thursday, Dec. 29 to more than five years in prison for possessing multiple firearms at the 2020 Kenosha unrest.

According to the news release, in summer 2020 Karmo, 42, became intrigued by unrest occurring in various cities. Karmo indicated that he had been driving back and forth across America to places where rioting was the most intense.

On Aug. 31, 2020, Karmo and a friend decided to drive from Missouri to the scene of unrest in Kenosha, the release says. Before leaving, Karmo contacted a woman in Iowa and sent her a photo of himself and his friend holding long guns. Karmo sent another picture to the woman of a firearm with a large drum that he called the "game changer." The news release says Karmo and his friend decided to stop and see the woman in Iowa, where she became concerned and called the police.

FBI agents arrested Karmo and his friend in Pleasant Prairie. Agents found an AR-15 assault rifle, a 12-gauge shotgun, two 9mm handguns, 67 rounds of 9mm ammunition, 131 shotgun shells, what appeared to be a homemade silencer, multiple high-capacity magazines, a firearm muzzle attachment, a drone, body armor, tactical gear, a dagger, a confederate flag, and other items in their possession.

Court records indicate Karmo's phone contained details of all the firearms he had brought to Kenosha, and Karmo saying he would be ready to act if the police and National Guard were not "handling business." The news release says Karmo referred to protestors as "a bunch of victims" and had a desire to "lay out" a protestor chanting "Justice for Jacob Blake."