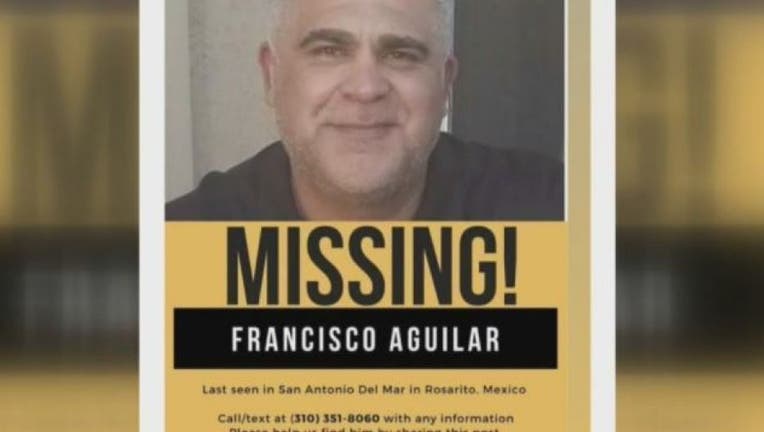 LOS ANGELES - A desperate search for a Los Angeles firefighter ended on a tragic note after his remains were found in Mexico.

According to the Los Angeles City Fire Department (LAFD), the remains found in Mexico were those of firefighter/paramedic Frank Aguilar. Aguilar had been missing since August after he disappeared during a trip to Rosarito, a Mexican tourist hotspot.

"This is a tragic loss for our entire city," Garcetti said.

During the search for Aguilar, authorities in Mexico arrested a couple in October. Fanny "N" and Santos "N" were arrested and are accused of stealing Aguilar's belongings, which included a credit card.