MILWAUKEE - Even with nearly 2" of snowfall early on Wednesday, Jan. 25, Milwaukee is having a lackluster season when it comes to snow.

It's no surprise with multiple big snows this year, Minneapolis is well above average for snow. What is surprising is, thanks to this latest system, Fayetteville, Arkansas is now ahead of southeast Wisconsin. Green Bay is also below average, but still has had twice as much snow as Milwaukee. 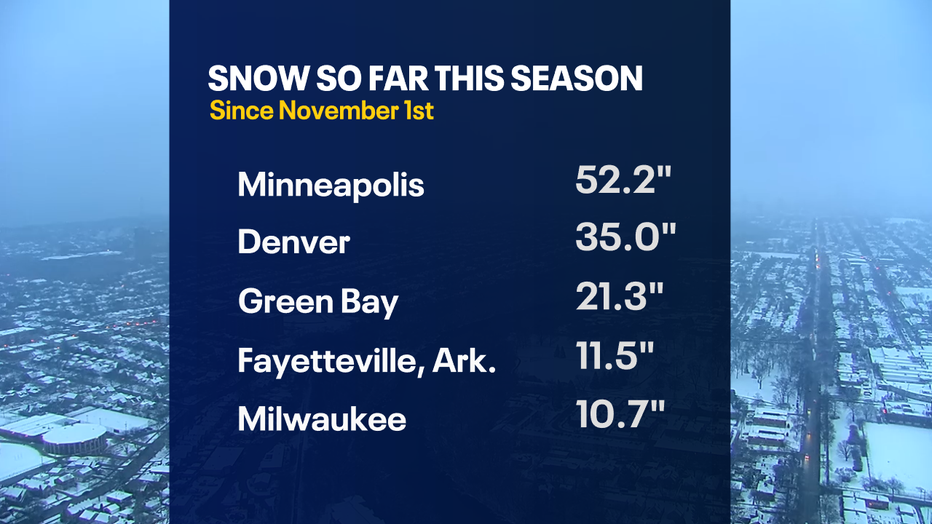 Places that have seen more snow than Milwaukee since November 1st

If you're a fan of the snow, then you might be happy with the precipitation outlook for February!

Wetter-than-average conditions are favored across much of the eastern United States. The largest precipitation anomaly will be to our southeast, but southeast Wisconsin is included in the general wetter pattern.

The key for February will be if we can stay cold enough for snow! Our warmest January on record hasn't helped in the snow department. 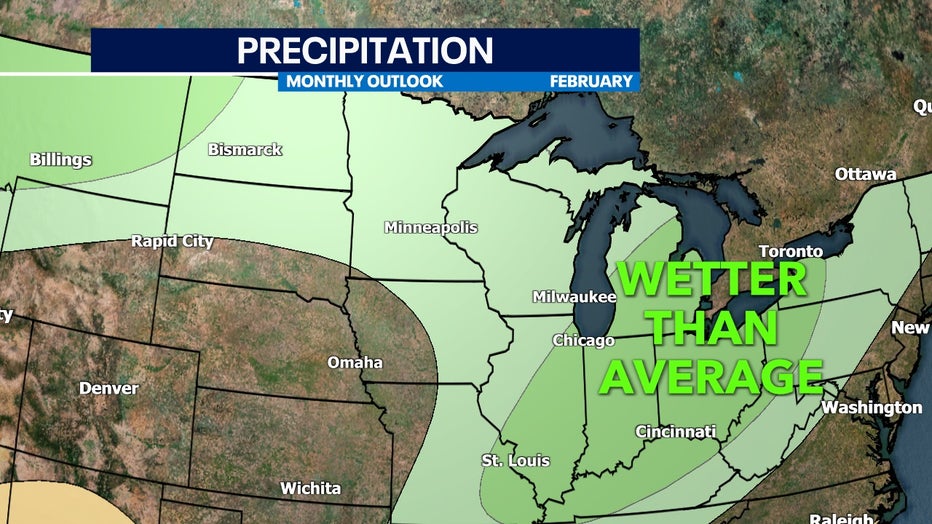