MILWAUKEE (WITI) -- Milwaukee's infant mortality is at its lowest point in recent history. But it remains dangerously high for one portion of the population.

Preliminary data from the City of Milwaukee Health Department released on Wednesday, May 6th indicates that in 2014, 84 infants died in Milwaukee prior to their first birthdays. Using three-year rolling averages, which are statistically more reliable than single-year data, the overall infant mortality rate for the City of Milwaukee from 2012-2014 decreased to 9.9 infant deaths for every 1,000 live births from a rate of 10.2 in 2011-2013.

"We can be happy that we have had a reduction in infant mortality. But I think we have to couch that with the fact that we had 84 babies die in our community," said Mary Lou Young, President & CEO for United Way of Greater Milwaukee and Waukesha County. 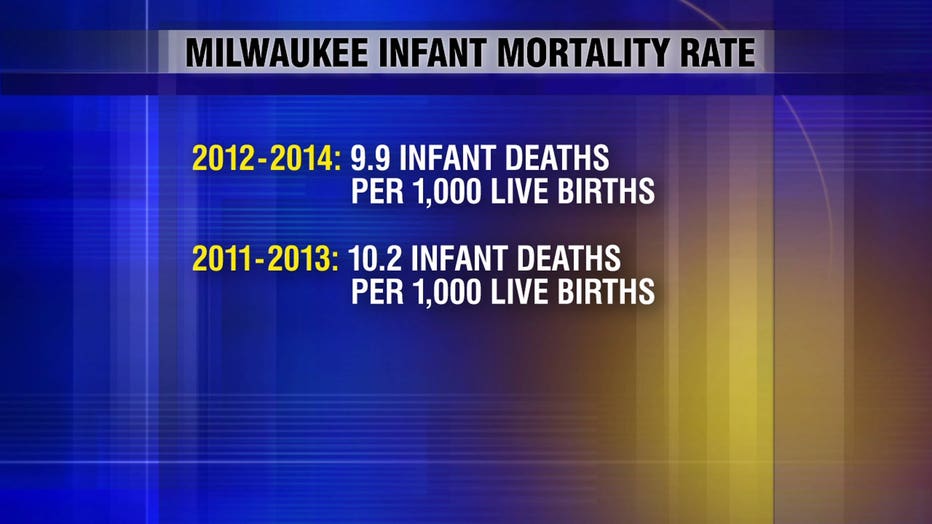 Health officials say the overall trend indicates Milwaukee is on-track to reach Mayor Tom Barrett’s goal of reducing the overall infant mortality rate to 9.4 per 1,000 live births by 2017. But it is not on-track to reach the simultaneous goal of reducing the African-American infant mortality rate to 12.0 by 2017. Black infants remain nearly three times more likely to die than white infants.

"As a result of our hyper segregation, our serious poverty issues, there are moms that aren't as strong as they need to be to take babies to term," said Young.

Some say the overall problem requires both government and private entities to come together to provide education and access to health services.

"We need more dollars, we need more research, we need providers at every level to say, 'How can we get our arms around prematurity?' If we solve that I think we solve the whole infant mortality gap problem," said Bevan Baker, Milwaukee Commissioner of Health. 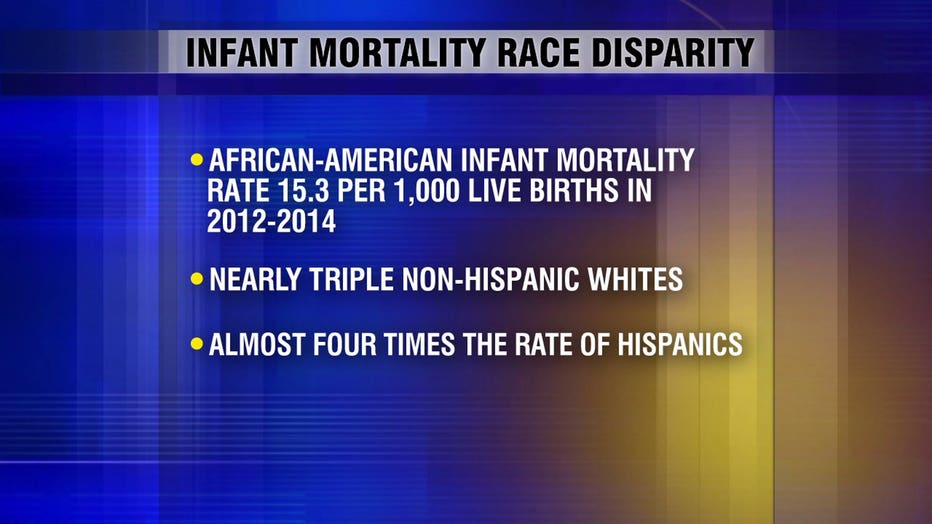