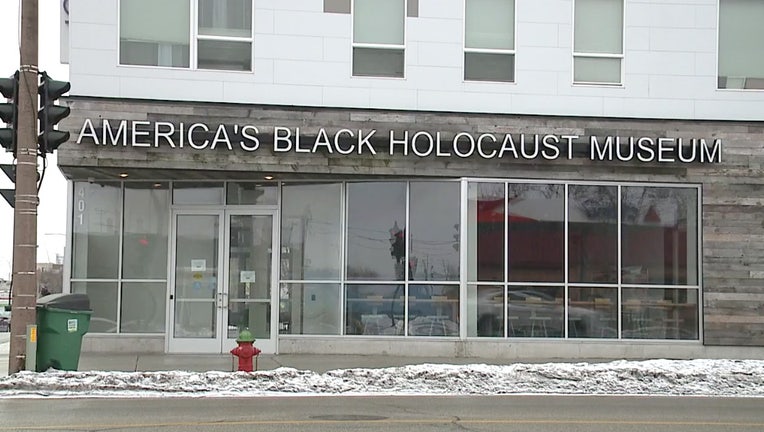 MILWAUKEE - A $10 million grant from an anonymous donor will allow America's Black Holocaust Museum to reopen in Milwaukee next month following years of struggles to remain viable.

The museum was founded in 1988 and closed in 2008. In 2017, ground was broken for a new site for the museum in the Bronzeville neighborhood, but it struggled with a lack of artifacts, exhibits, staff and educational programming.

But now, with a $10 million commitment made through the Greater Milwaukee Foundation the museum has been able to hire staff, finish the last three exhibits and purchase an additional building for educational space, said Dr. Robert Davis, president and CEO of the museum.

"At a time of hyperpolarization, we are in dire need of safe spaces and opportunities created to bring us together to explore difficult issues, to learn and to celebrate our history," Davis said. "The reemergence of the museum is critical at this time for Bronzeville, Milwaukee and nationally."

Davis, who was hired in 2019, has been hosting virtual exhibits as well as five book clubs throughout the pandemic. He said they’ve been very popular given today’s environment, Wisconsin Public Radio reported.

"Because of Breonna Taylor and George Floyd and all of these other individuals who have lost their lives, there has been a considerable amount of attention to understanding what is going on in the United States now as it relates to race," Davis said. "The mission of the museum will be to actually bring to life the effects of colonialism, slavery and Jim Crow that are still in place in December of 2021."

The Milwaukee Health Department is increasing security at their COVID-19 testing sites after multiple accounts of individuals attempting to cut in line or cause altercations with others waiting in line and staff.

Oak Creek emergency responders are on the scene where a car ended up in a retention pond along S. 13th Street just north of Ryan Road.

Wauwatosa fire crews responded to a fire at a building on State Street Monday, Jan. 3. No one was injured.