Hospitalized for 177 days, doctors told one Milwaukee woman that she spent more time in the hospital than anyone else who survived the coronavirus.

MILWAUKEE - A Milwaukee woman is out of the hospital after six months of battling COVID-19. Doctors told her she was hospitalized longer than any other patient they'd treated who survived the coronavirus.

Unable to breathe or stand on her own, though, Lupita Salas is far from fully recovered from COVID-19.

"I'll be on oxygen for a while, if not permanently. I'm learning how to walk again," Salas said. "This is serious. I got all the scars. I saw death."

The longtime Milwaukee resident believes she contracted COVID-19 in April when she went to the polls to vote. While she was wearing a mask, she said others were not. 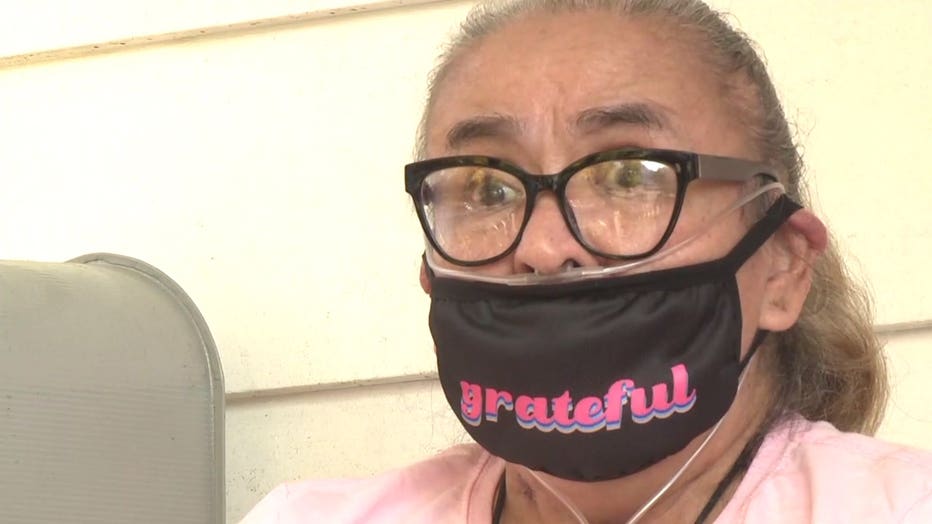 A week later, Salas said she became sick. One day later, she was in the intensive care unit.

"People were making fun as to how COVID was a joke," said Salas. "I lost all oxygen and from there, I slipped in and out of comas. I got internal bleeding because my arteries ruptured."

The 60-year-old, who already suffered from diabetes and asthma, had been diagnosed with bronchitis in February. She would ultimately spend 177 days in the hospital before coming home on Thursday, Oct. 8. 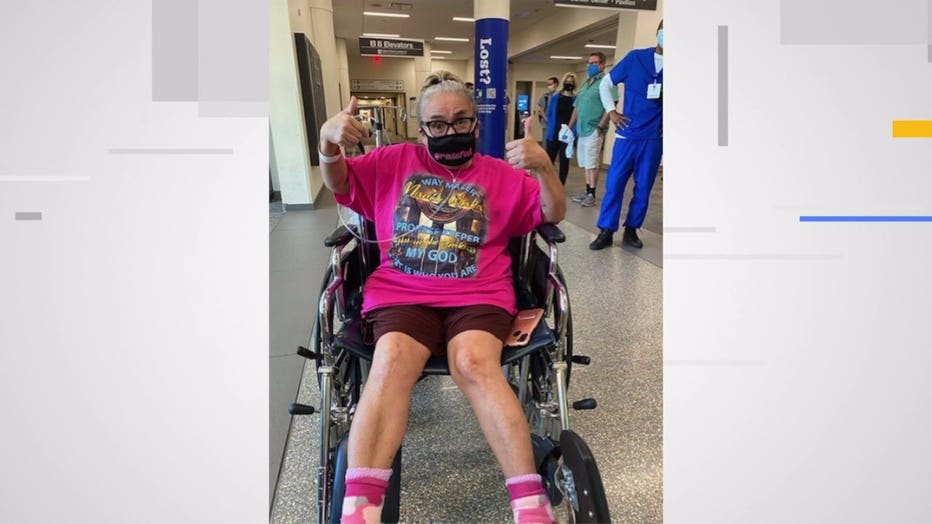 "Everybody was amazed. The nurses, the doctors that saw I was on death's bed and seen me as good as I've gotten so far. There was a lot of crying," Salas said.

Salas is sharing her story to encourage others to take the virus seriously.

"I was on a trach tube, a ventilator, a feeding tube. I tell everybody, I got battle scars. Because we go to battle when we're sick," said Salas. 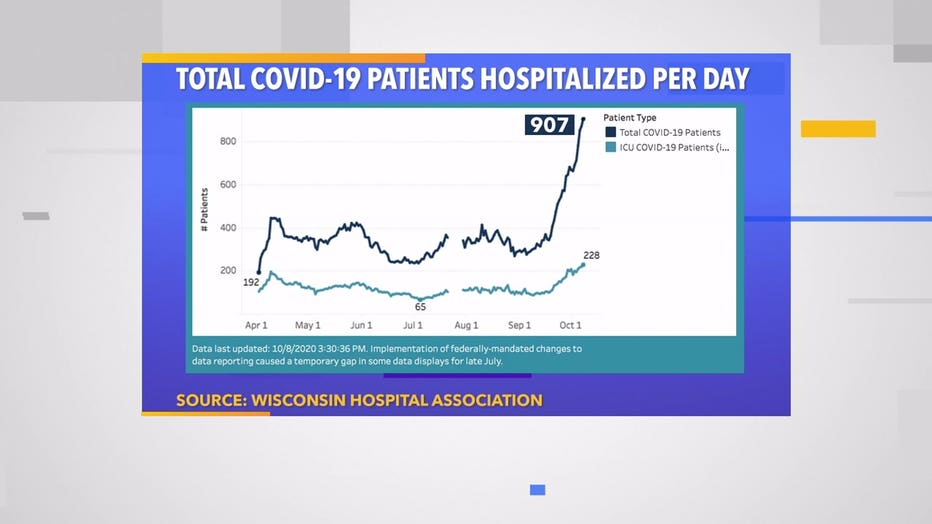 COVID-19 hospitalizations in Wisconsin per day

Hospitalizations, like hers, have reached record numbers in Milwaukee and around Wisconsin. The health care system is nearing its capacity.

"In just three weeks, we've seen more than doubling in the number of patients hospitalized here in Milwaukee, from 77 to 165," said Dr. Ben Weston with the Milwaukee County Office of Emergency Management.

It was a life-and-death battle that Salas ultimately won. Now, she's determined to spare others the same fate.

To make matters worse, Salas said she was evicted while hospitalized because she was not paying rent for those six months.

Fortunately, she said a friend took her in and is now serving as her caregiver.

More than 1.6 million people have now been tested for COVID-19 in Wisconsin, of which more than 1.5 million have tested negative.

A surge of coronavirus cases in Wisconsin and the Dakotas is forcing a scramble for hospital beds and raising political tensions, as the Upper Midwest and Plains emerge as one of the nation’s most troubling hot spots.