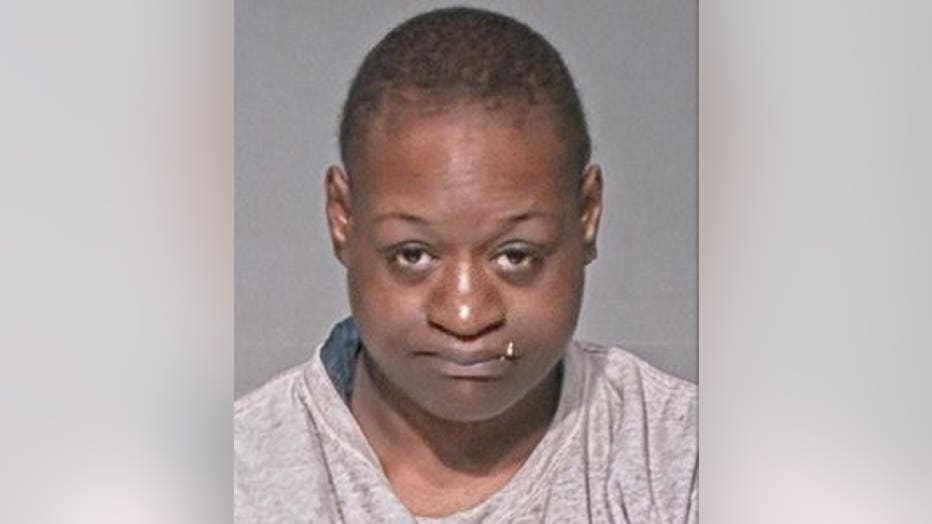 MILWAUKEE -- 32-year-old Andrea Ford faces a felony charge of terrorist threats after allegedly threatening to shoot up and blow up a school in Milwaukee.

According to the criminal complaint, officers were dispatched to St. Margaret Mary Church & School on N. 92nd St. on the morning of Monday, April 9. The school's principal told officers her staff received multiple threatening phone calls from a student's mother -- and that person was identified as Ford. The complaint says Ford is not the legal guardian of her children.

Officers learned the first phone call came in between 9:05 a.m. and 9:10 a.m. The complaint indicates Ford "demanded to speak with her children and then stated she was going to shoot her children's guardian." She also allegedly stated "that if she does not get to talk to her children, she is going to 'blow up the school and shoot up the school.'" 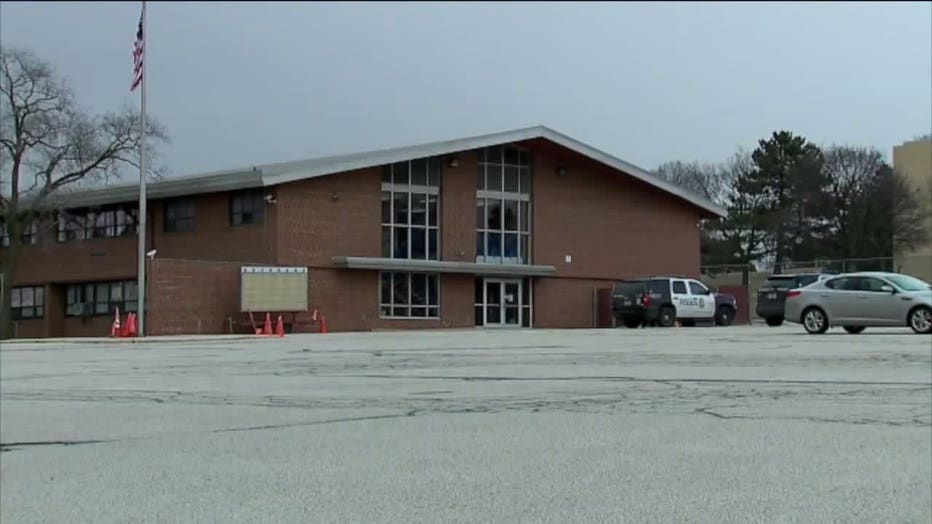 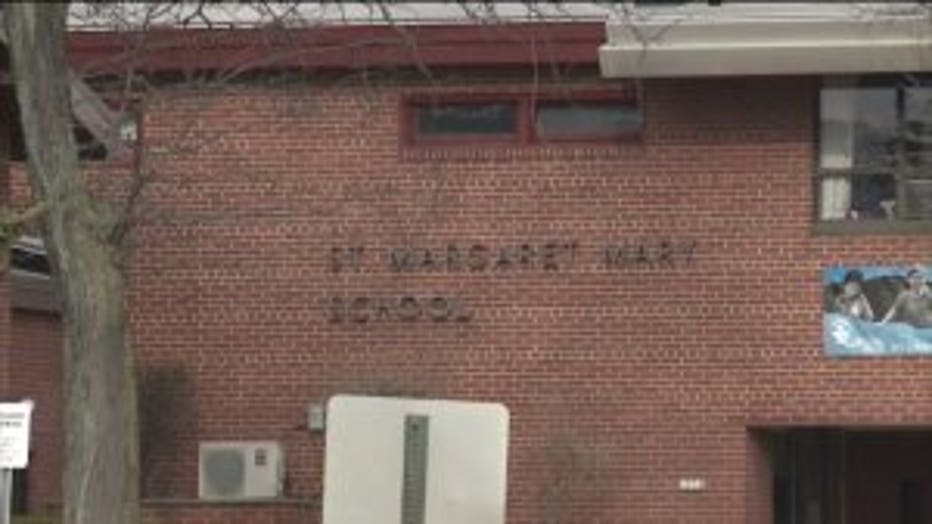 The complaint indicates a second call came in around 9:15 a.m. Again, the criminal complaint says Ford said "if she does could not speak with her children, she was going to 9/11 the school and come up to the school and beat everyone up."

Officers learned a third call came in around 9:30 a.m. This time, Ford allegedly stated "if she could not speak with her kids, she was going to come shoot up the school before blowing it up, and that she would also beat up all the staff members."

The school was put on lockdown, and officers were at St. Margaret Mary Church & School until 6:30 p.m. on that Monday -- and walked the property with K-9 officers.

"That's scary. That's very scary as a parent," said a parent of a student.

Those concerns grew when parents and guardians say they weren't properly informed.

"If the threat came in at 9 a.m., parents should have been notified directly after the police," said an aunt of a student. 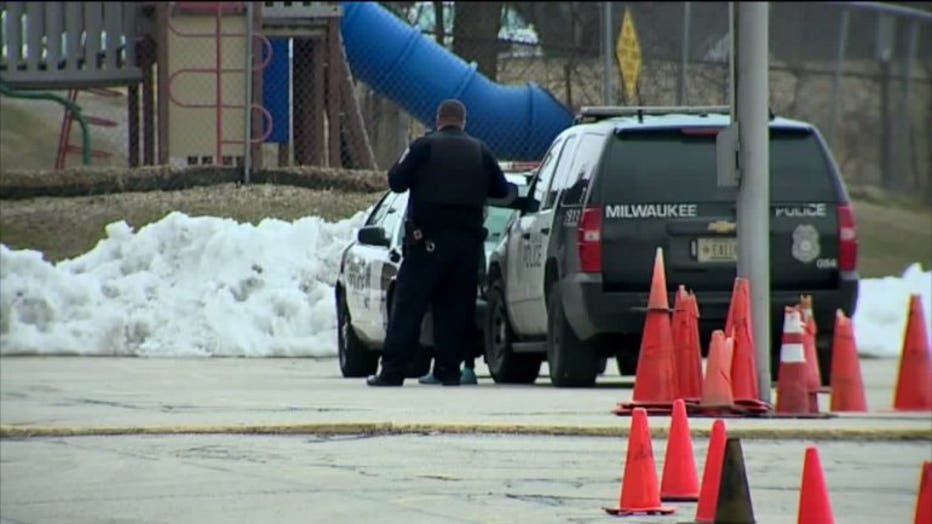 The criminal complaint indicates when officers tried to locate Ford, she was not at her residence. She was later located at a residence near 24th and Nash. The complaint says officers found her there "as the phone the defendant used to make the threats was pinging at that address." When officers approached Ford, the complaint says she "yelled that if anyone tried to touch her, she was going to kill them." She also allegedly picked up a steak knife. Officers ordered her to put the knife down -- and she did. The complaint indicates Ford then "began yelling that as soon as she gets out, she is going to make 9/11 happen again in Wisconsin and that she was going to 'kill a bunch of cops and teachers.'"

Parents say the only communication they got that day was through a letter sent home with their children. In a statement, the principal says, "We acted immediately by notifying the Milwaukee Police Department (MPD) to safeguard our children. We implemented our emergency response protocol, and relied heavily on MPD for assistance and guidance." 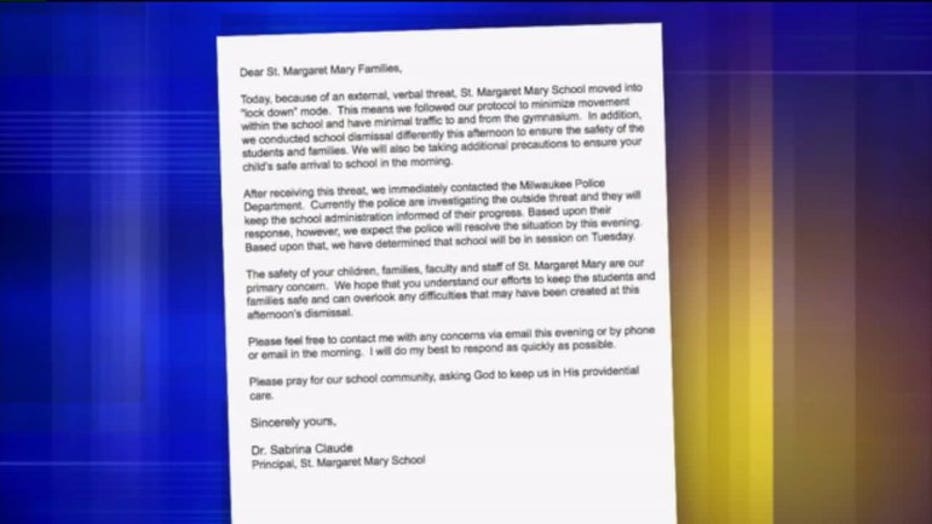 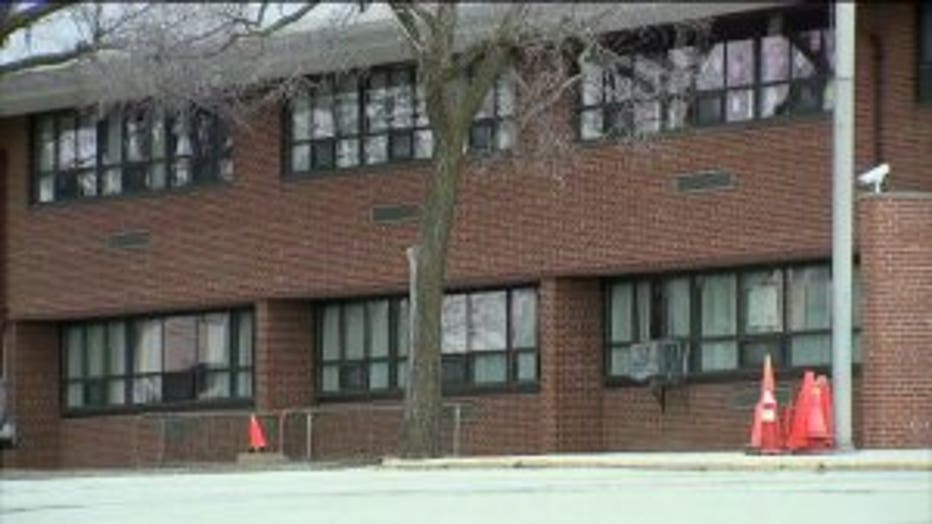 The parents are thankful no one was hurt -- but they're looking for better communication.

"Something like this cannot happen again," said an aunt of a student.

If convicted on the charge, Ford faces up to three-and-a-half years in prison and $10,000 in fines.