MILWAUKEE -- A Milwaukee utility worker seriously injured when he was struck by an impaired driver while on the job back in February spoke about his recovery for the first time Monday, July 13.

Dan Franecki was struck by an impaired driver near 6th Street and State Street on Feb. 20, causing severe damage to his legs -- leading to a double amputation.

Police said Dan was working in the roadway near his work vehicle, which had warning lights on in full operation, when he was struck and pinned against another vehicle.

The alleged striking driver, Antonio Owens, 40, faces three felony charges and has a plea hearing scheduled for August. Prosecutors said he had a bottle of vodka and marijuana in his vehicle at the time of the crash.

On Monday, Dan was able to meet and thank some of the rescuers who were involved in saving him. 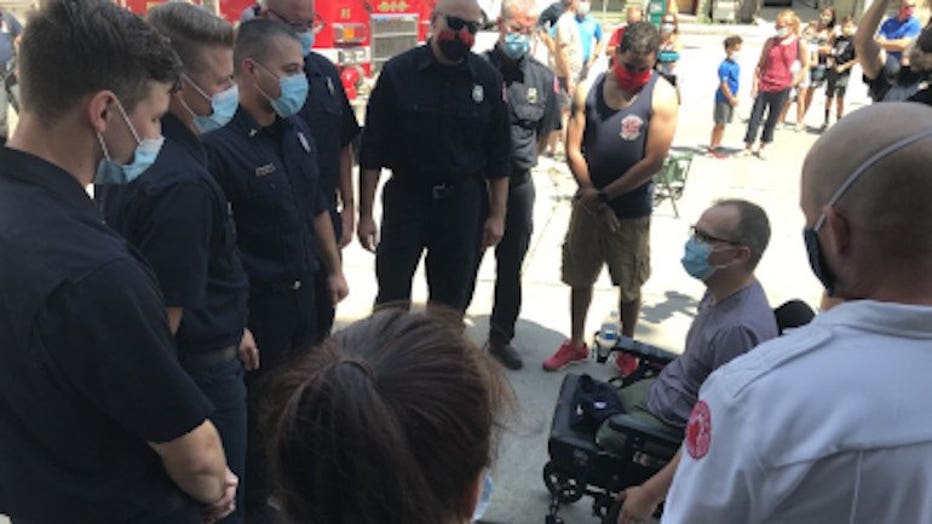 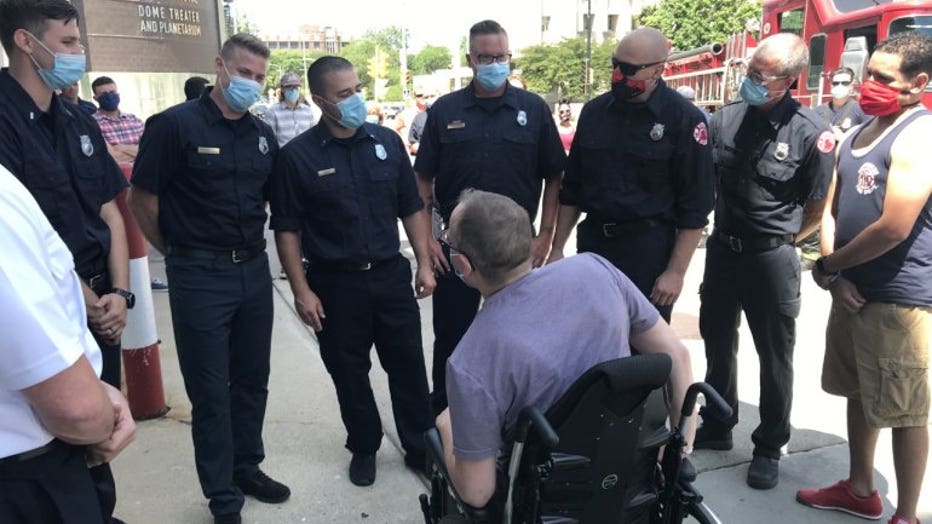