A shootout during an attempted robbery on Milwaukee's north side was captured on camera.

MILWAUKEE - A shootout during an attempted robbery on Milwaukee's north side was captured on camera.

FOX6 News spoke to the 39-year-old man who was shot twice during the incident Sunday, Oct. 10.

The victim, who asked not to be identified, said he just got home Sunday night when he and his girlfriend were met by men with guns near 48th and Hampton. He had a gun, too.

"It’s disheartening for me, and for anybody in the community," the victim said. "I don’t hurt nobody, I don’t do anything to nobody. It’s been very traumatizing."

The victim said the trouble began when they got home. An armed suspect came out of nowhere, he said.

"I automatically reached inside the car, pointed (my) gun to his head. I saw he had the gun pointed to (my girlfriend's) head," said the victim. "I said, if I shoot him, he’s going to shoot her." 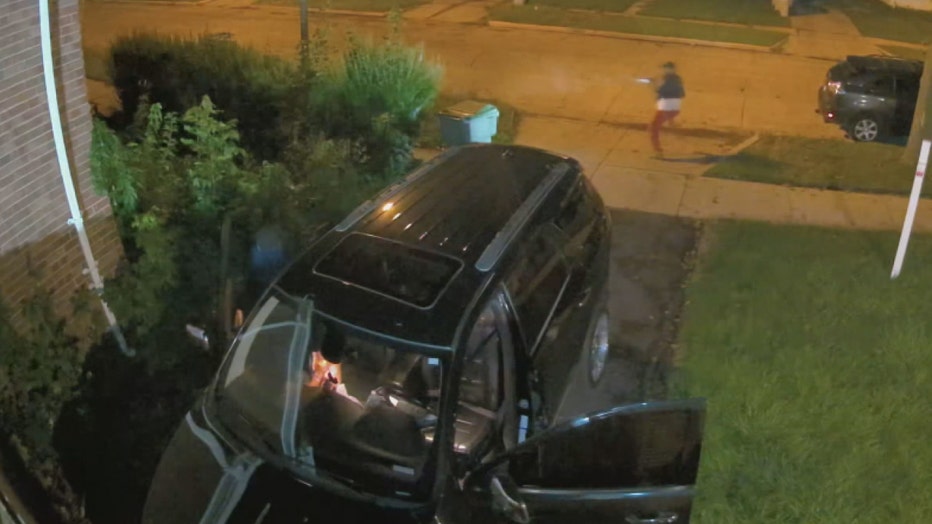 The victim went around the car, saw another suspect and started shooting, He said he just happened to be wearing a bulletproof vest that night.

"By me being over of 48th and Hampton, it’s a very dangerous area," the victim said. "I feel like I’m in a warzone. At the point, I’m going to protect myself."

After his girlfriend was briefly taken away from the car, surveillance shows her walking with her arms up.

"At this point, of course I’m going to think I’m targeted. They were in the bushes before I even pulled up," said the victim.

The Milwaukee Police Department said the circumstances that led to the shooting appear to be robbery-related. 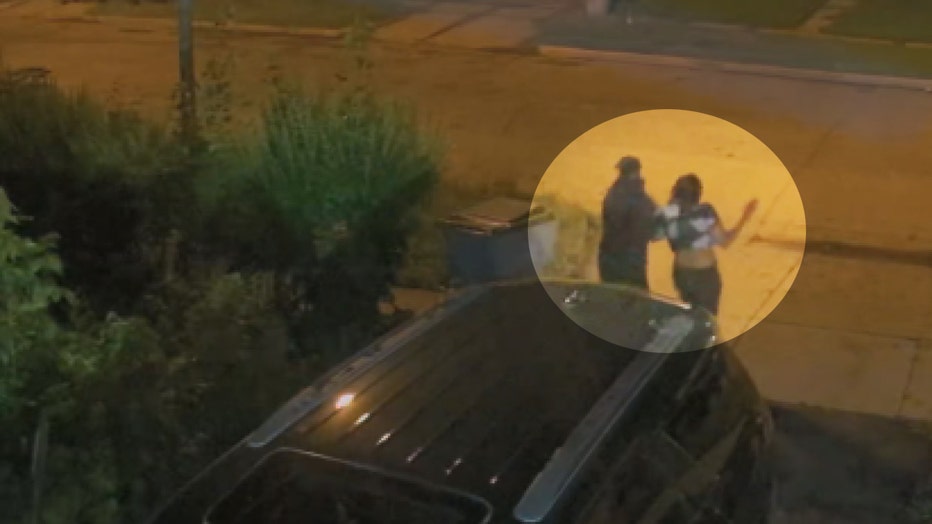 Camera captures attempted robbery shooting near 48th and Hampton; a suspect pointing a gun at a woman shown here.

"They never took anything because my instincts kicked in," the victim said.

The victim, who said he does not have a concealed carry license, was shot twice and believes he wounded one of the suspects.

"I do believe the people will get caught," said the victim.

The victim told FOX6 that he is not sure why he would be targeted. He said he shared the video with police detectives.

MPD said Thursday, Oct. 14 that the investigation is ongoing. Anyone with information is asked to call them.

A GoFundMe online fundraiser was created to help cover the victim's expenses.