The neighborhood near the police station was much calmer Saturday, but signs of chaos remained. For some living nearby, their whole world looks different.

"It was so many police on foot. It was, whew, that was scary," said Terrianna Edwards, who lives in the area and said she saw the suspect running.

Edwards' 6-year-old son was in the car with her when they arrived home Friday afternoon.

"He just keeps looking out the window, kinda scared still," Edwards said. "He can’t believe we actually witnessed a shootout. 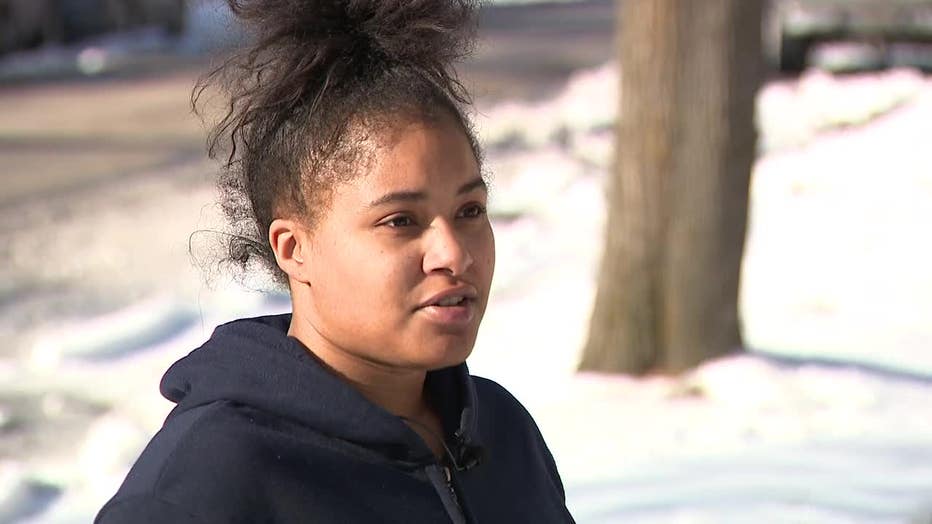 Police said the suspect, who has not yet been named, ran out of the police station when staff returned fire. He was ultimately shot when multiple officers fired at him a few blocks away after a short foot chase; he is expected to recover.

"I seen (the suspect) had a gun, so I told him like – I told my son – get back in the car," said Edwards. "We looked right at each other, I’m like, 'Oh my god, is that a gun, is this really happening? Yes that was scary."

Edwards and her son were able to hide inside their home, along with her baby and other family members.

"I told them they was having a shootout in the field right next door, so y’all need to get down," Edwards said.

They didn't see what happened next – but they heard the gunshots.

"Right next to my house, that was the most scary," said Edwards. "I was just terrified."

The seven officers involved in the incident are on administrative duty.

FOX6 News asked Milwaukee police and West Allis police – the agency leading the investigation – on Saturday for updates on the suspect's condition, his name or charges. Both said they had no updates.

On Wednesday, 20-year-old Keishon Thomas died in custody at District 5. Three officers have been suspended in connection to that incident. Police Chief Jeffrey Norman was not able to say Friday if that has anything to do with Friday's shooting.

A Milwaukee man has been sentenced to life in prison – convicted of first-degree intentional homicide for a 2020 shooting near 27th and Auer.