MILWAUKEE -- Milwaukee police are asking for the public's help to identify two suspects believed to be involved in a 7-Eleven gas station robbery. It happened on Dec. 12 at the 7-Eleven near Oakland and Hartford Avenues.

Police say shortly after 2 p.m., one suspect entered the store and demanded property and money from the clerk, while another suspect stayed outside "as a lookout." According to police, the suspect who went inside the store told the clerk the outside suspect had a gun.

The two obtained money and several packs of cigarettes before fleeing the scene on foot.

Police describe suspect #1 as a female, black, 25-35 years of age, standing 5'5" tall, and weighing 150 lbs. Suspect #1 was last seen wearing a black winter cap, black hooded jacket with “AMC 1921” stitched on it, a multi-colored scarf, blue jeans with rips at the knee, and black and gray boots. 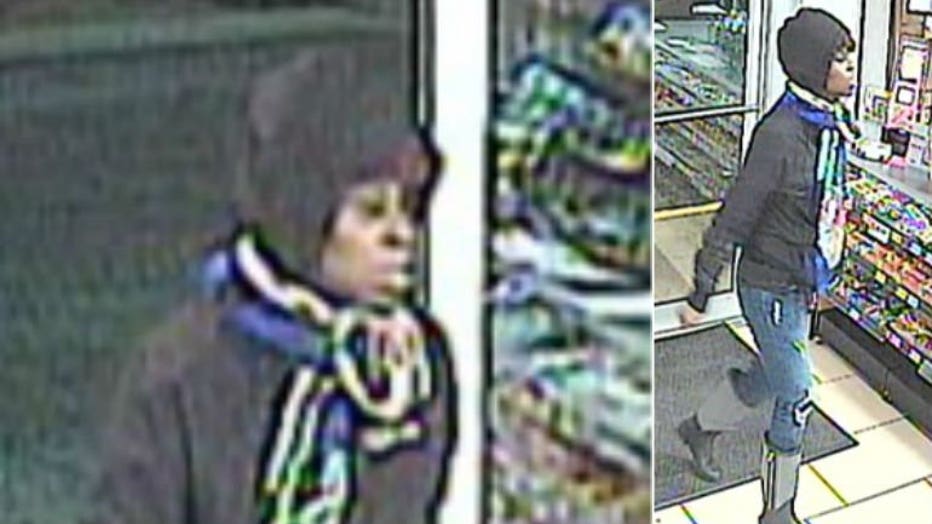 Anyone with information about this incident is asked to contact Milwaukee police at 414-935-7360.