DPW worker killed on the job

DPW worker killed on the job 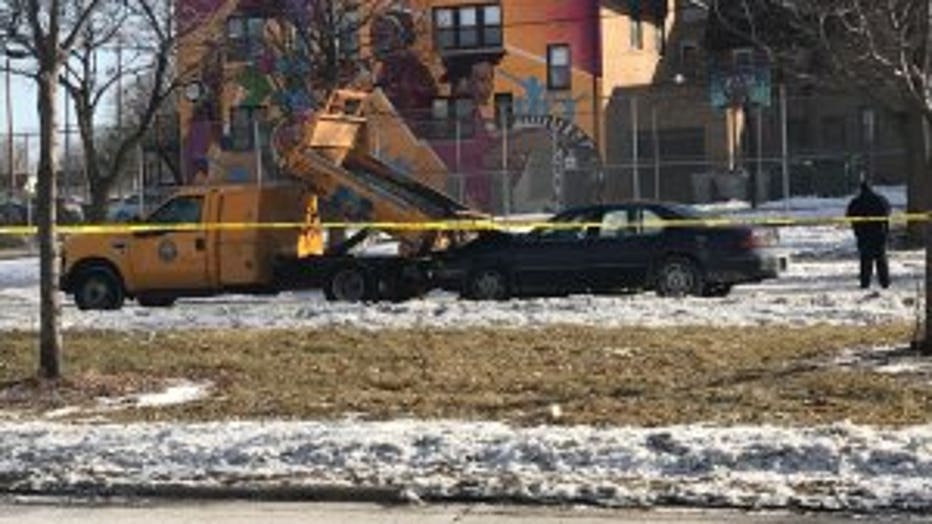 MILWAUKEE -- A manhunt is underway to find the suspect who killed a city Department of Public Works employee in a hit-and-run crash near 17th and Vine. Investigators say they know who that driver is.

Co-workers of the victim, 54-year-old Bryan Rodriguez, tell FOX6 News he was a hard worker and a good friend. They say this all could have been prevented if the driver was paying attention and moved over.

Two small memorials have been put up near the crash scene to pay tribute to Rodriguez. Officials say the DPW employee was filling potholes around 8:15 a.m., when a car hit him and then pushed into his DPW truck. 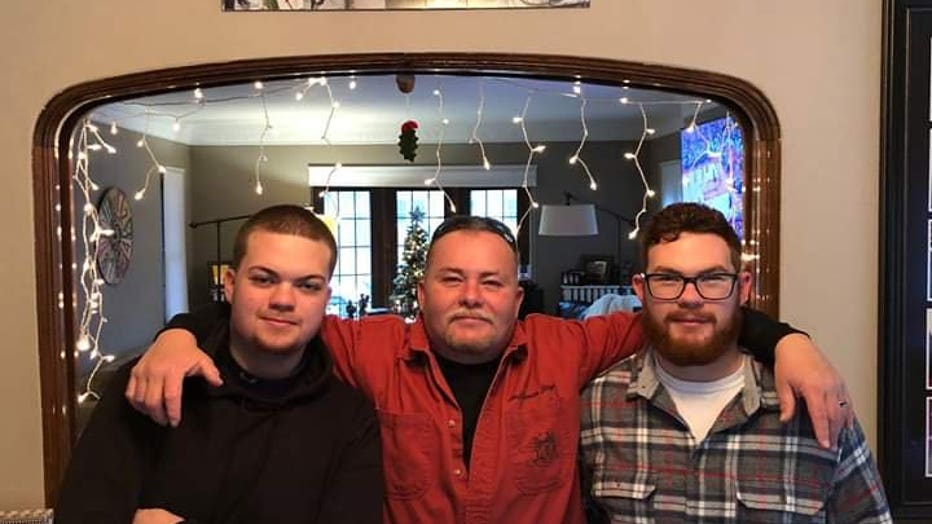 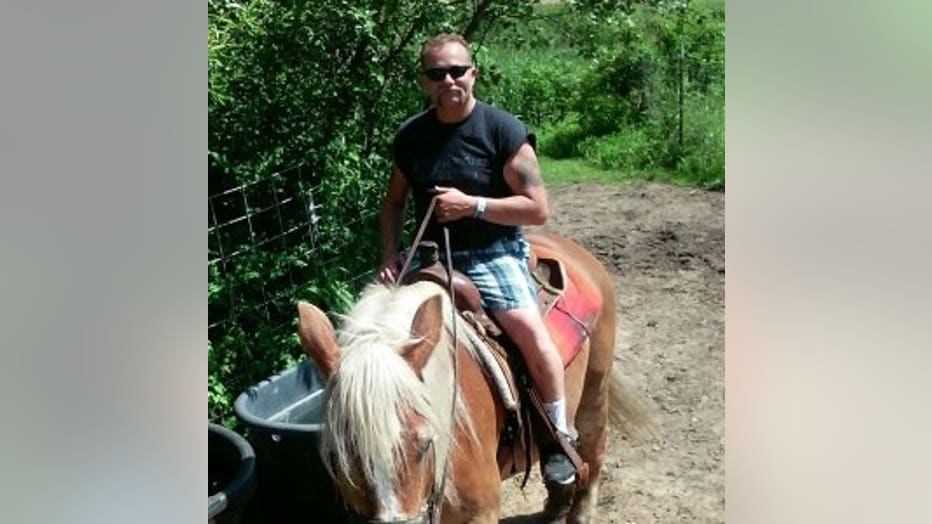 Investigators say the driver ran from the scene.

"There must have been 15 police cars out here," said Pamela Oberg-Sutton, lives nearby. "The command unit was out here. DPW was out here. I could tell there was an accident, but I didn't know how bad it was until later on in the day."

"He really didn't deserve what happened to him. He was working hard," said Brillyon Holmes, victim's grandson.

The family says 17th Street has been plagued with reckless driving for years. 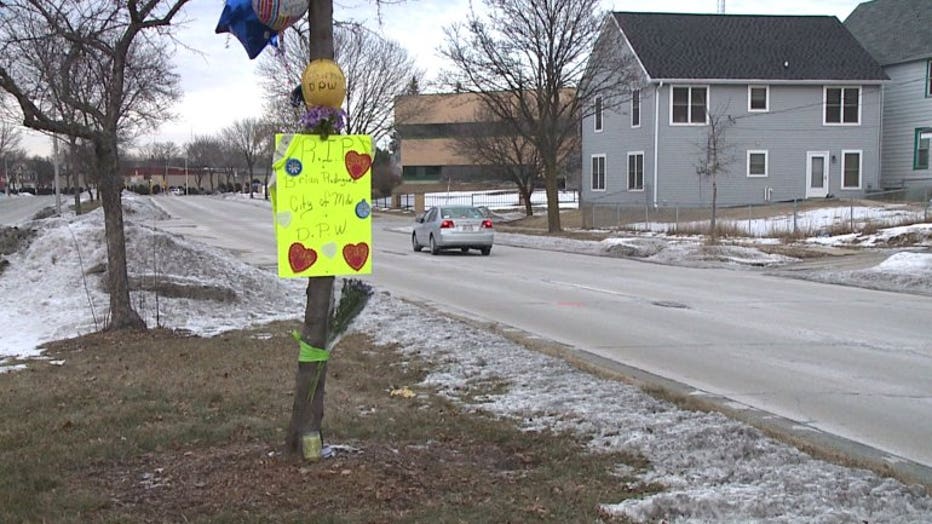 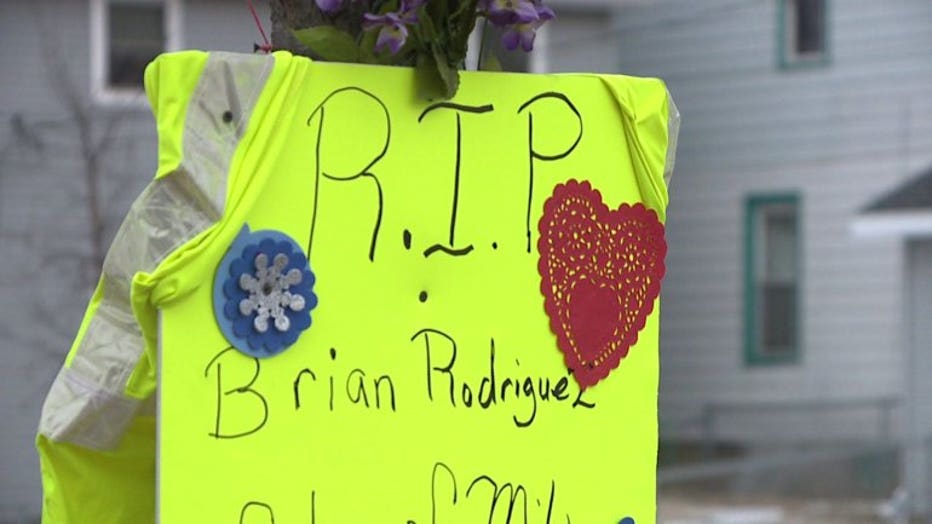 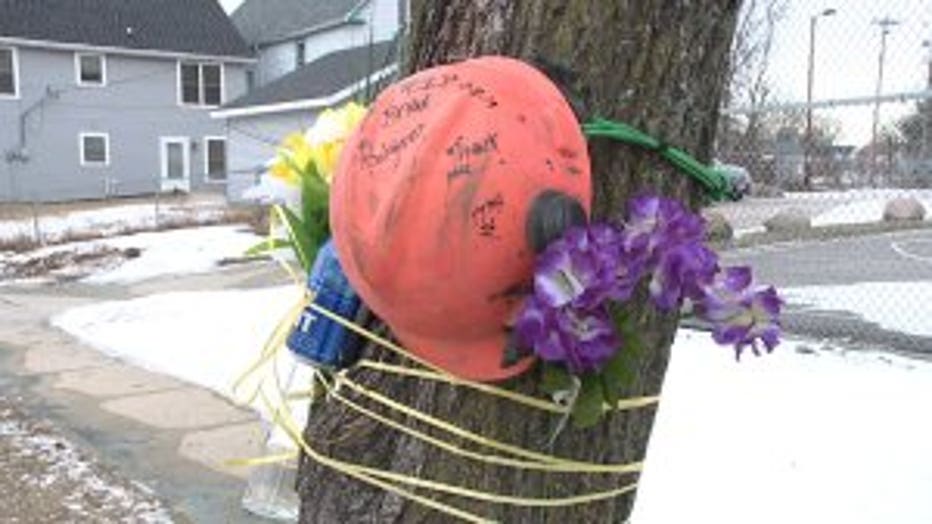 "It's almost like you knew something was eventually going to happen on this street because the cars go down here so fast at any given time of the day," said Oberg-Sutton.

It's unclear exactly what led to the crash but some of Rodriguez's co-workers say more drivers need to pay attention, especially when they're working on the roads.

"It did break my heart because you hate to see somebody lose their life especially working," said Oberg-Sutton.

FOX6 News has been told one person has been taken into custody. Police are still looking for the known driver.

Anyone with information about the crash should contact authorities. 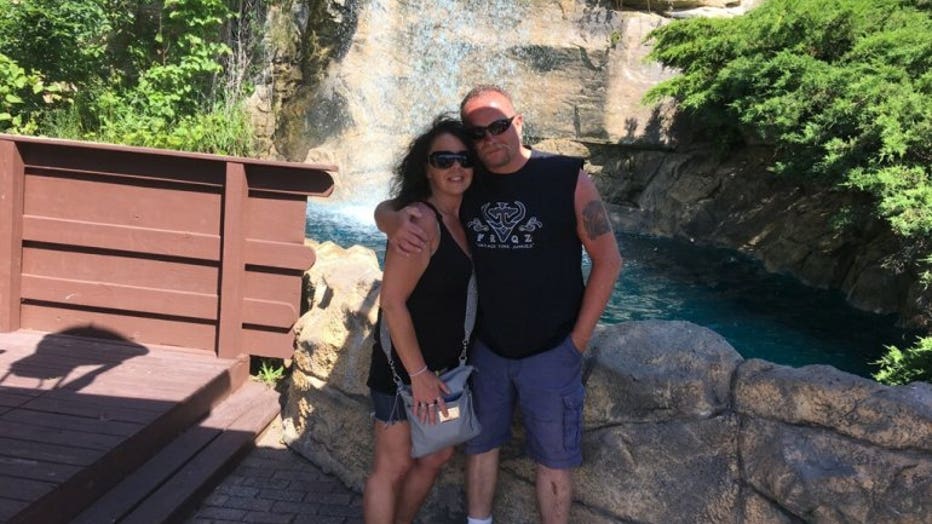 "On behalf of myself and the family of Bryan Rodriguez we would like to thank the city of Milwaukee, the police department and Bryan’s extended DPW family for their continued support and efforts during this time. Bryan enjoyed long rides on his Harley and cooking on the grill for his family and friends. He enjoyed seeing everyone positive and having a great time. Bryan was close to all of his family and we are having a hard time grasping his loss. No seconds pass without Bryan in our minds and hearts.”