MILWAUKEE (WITI) -- Milwaukee police are asking for the public's help in identifying a shooting suspect accused of shooting a 23-year-old man as he stood in the entrance of a store near 35th and Center. The shooting occurred on February 26th just before 5:30 p.m. 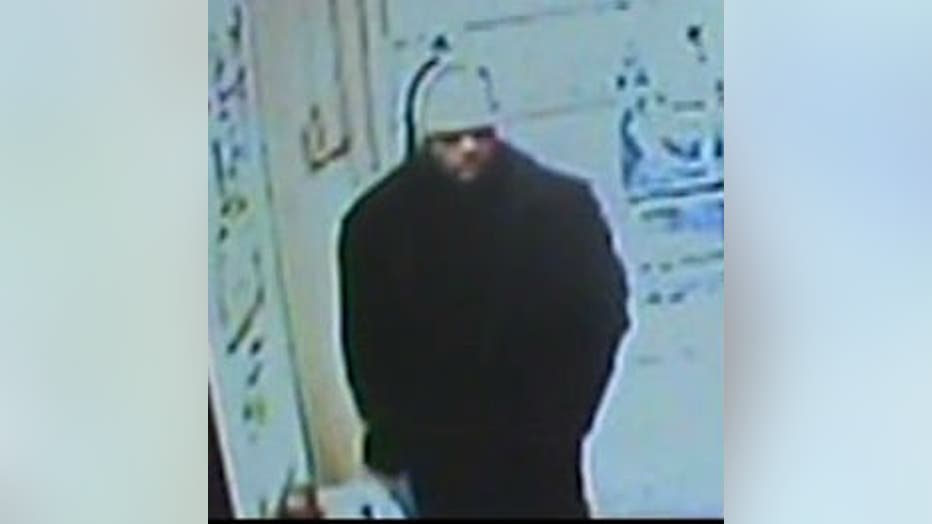 Police say the suspect walked into a food market and invited the victim outside to fight.

As the victim opened the door to ext the business, police say the suspect fired a gun multiple times, striking the victim.

"You should always be prepared for the worst once you step outside. You shouldn't bring a fist to a gun fight. It's sad that another person got hurt like that all over a few words," an individual FOX6 News spoke with near the scene said.

Milwaukee police shared most of the incident by uploading the surveillance video to YouTube. However, FOX6 News has elected to not show the portion of the video which shows the victim actually being shot.

The suspect is described as a black man with a light complexion, between 5’11”-6’ tall. He was last seen wearing a dark-colored pea coat, a hooded sweatshirt with gray and dark stripes on the hood, a white knit cap, and dark jeans.

"I mean, I couldn't imagine who that is. It could be anybody out here," the individual told FOX6.