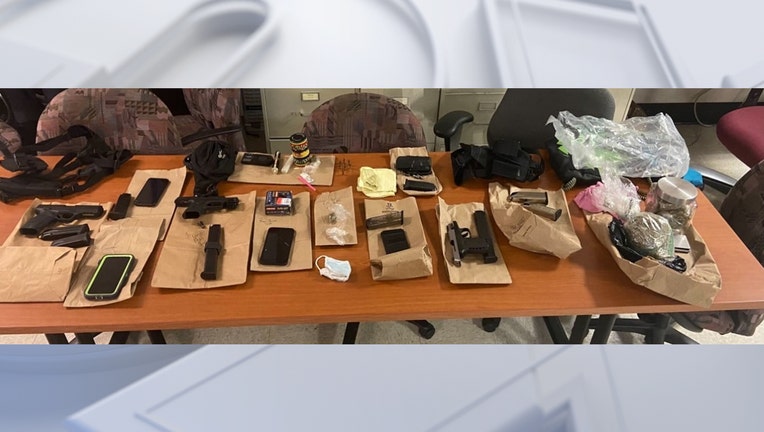 According to police, a citizen reported a vehicle believed to be involved in the incident around 9:15 p.m. Officers found the vehicle and arrested the three after learning they were illegally armed and in possession of a "large quantity" of narcotics.