MILWAUKEE -- Milwaukee police say DNA results have indicated a woman in Ohio is NOT Alexis Patterson.

Police said this in a statement to FOX6 News:

On Thursday morning, July 14th, MPD received a call from the Wisconsin Regional Crime Lab regarding the results of DNA testing derived from a tip that came in from a Ohio man relative to the 2002 disappearance of Alexis Patterson.  The sample collected by law enforcement authorities in Ohio of a female there does NOT match that of Patterson’s. 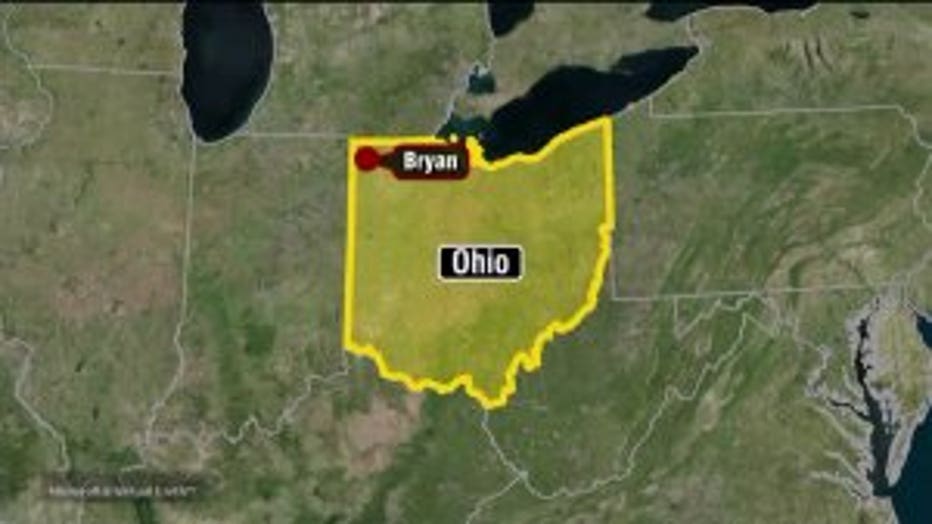 The DNA testing was done after Milwaukee police received a tip from a man in Ohio -- who said he believes a woman he knows could be Patterson.

Police in Bryan, Ohio took the DNA sample from that woman, who provided it voluntarily, and it was sent to Wisconsin for testing.

On Thursday, we learned that DNA sample does not match that of Alexis Patterson. 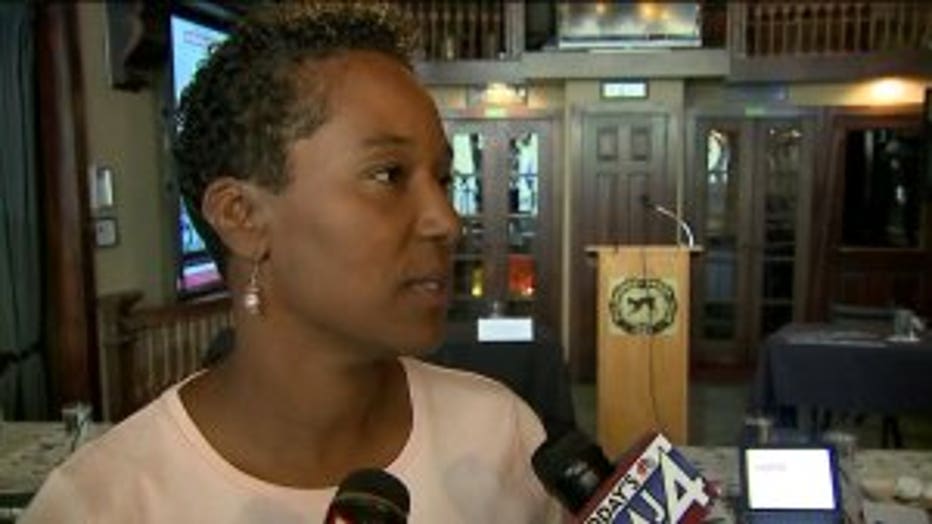 Senator Lena Taylor has been in contact with Patterson's mother.

"I called Ms. Patterson to see how she was and I expected that I'll be with her later today," Taylor said Thursday." She was prepared that this may be reality."

Chris Schwartz with Operation Locate Our Children lived in the area near where Patterson was last seen 14 years ago. 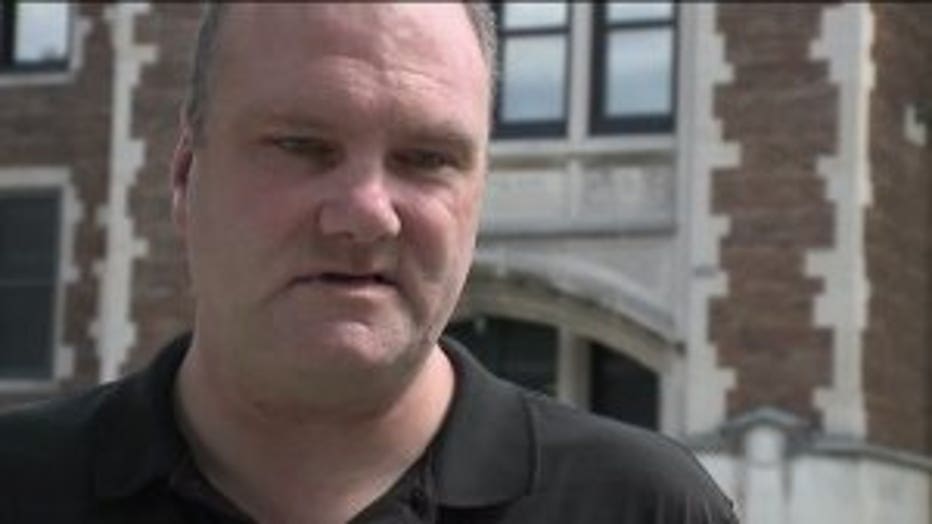 "We've been searching for her all these years, and there hasn't been a lot of tips coming in," Schwartz said. "I was praying and I wanted to believe so much that that was Alexis and I thought when the test came in, we're going to get that answer -- finding her after all these years."

The Milwaukee first grader disappeared from the area near Hi-Mount Community School in Milwaukee.

May 3rd, 2002 started out like any other day. Seven-year-old Alexis Patterson walked to Hi-Mount Community School with her stepfather. 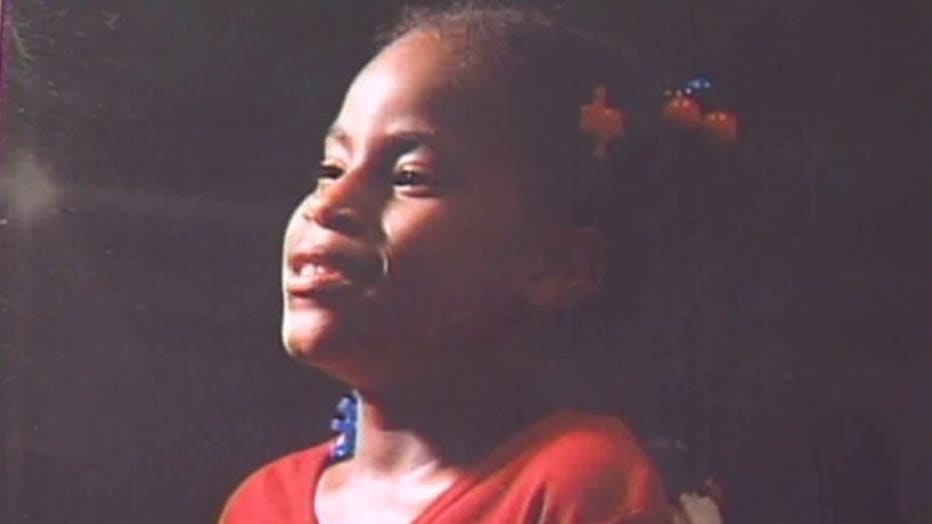 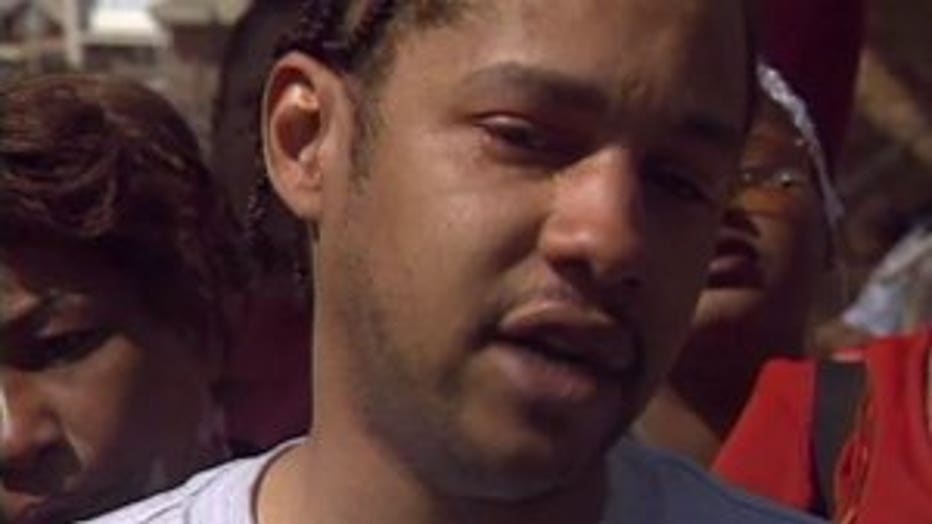 "She was upset that day because today is her snack day but she hadn't been too good with her homework, so we didn't let her take her snacks," Patterson's stepfather, LaRon Bourgeois said.

Her stepfather said goodbye -- and that was the last time anyone would see Alexis Patterson.

She never showed up for class. 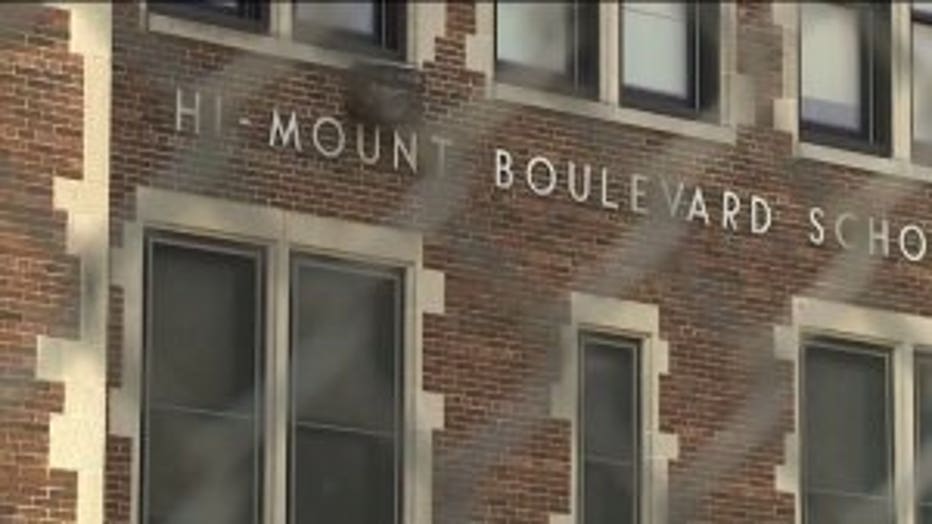 The search was expanded. Divers searched a lagoon at Washington Park. Officers on horseback searched the ground, while helicopters took to the sky. Volunteers joined the search effort.

Still, Alexis Patterson was nowhere to be found.

Soon, the case of the missing Milwaukee seven-year-old made national headlines. 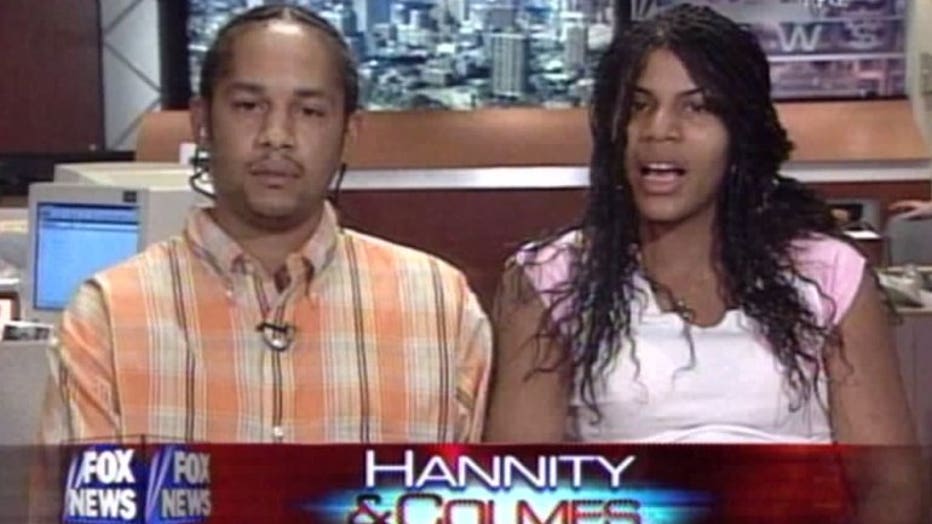 One year after she vanished, investigators were still no closer to finding her.

In 2004, a tip took police to Baton Rouge, Louisiana -- but nothing turned up.

With each passing year, police followed dead-end tips, but her family remained hopeful. 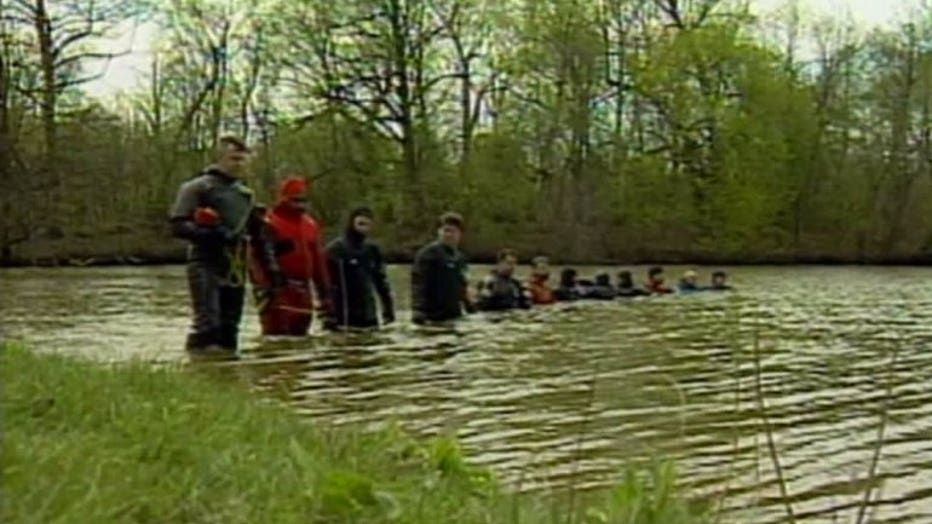 "My strength is to never, ever give up and that's something that I won't do. La La will be home," Patterson's mother Ayanna said. 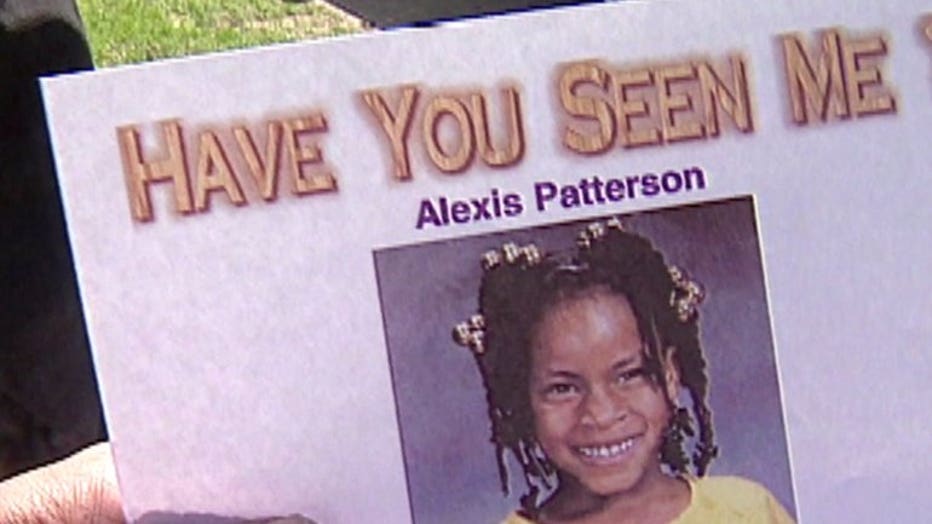 "Today is literally as difficult as that day 10 years ago. There is no comfort, no solace for the parents of the missing child, and we know that," Edward Bailey with the Milwaukee County Sheriff's Office said. 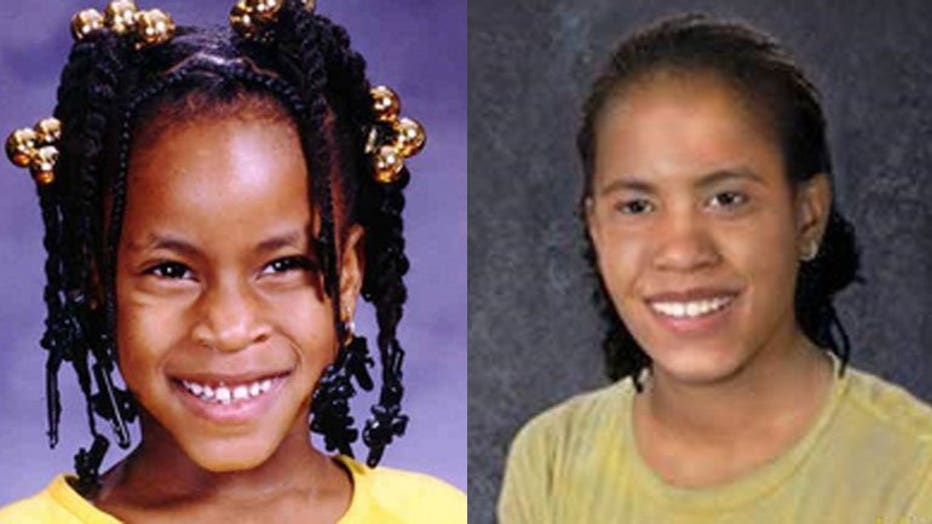 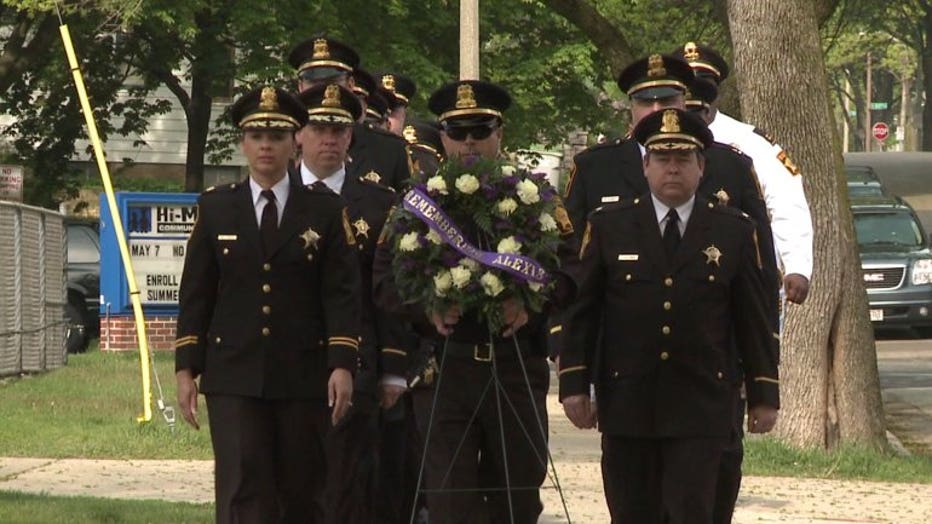 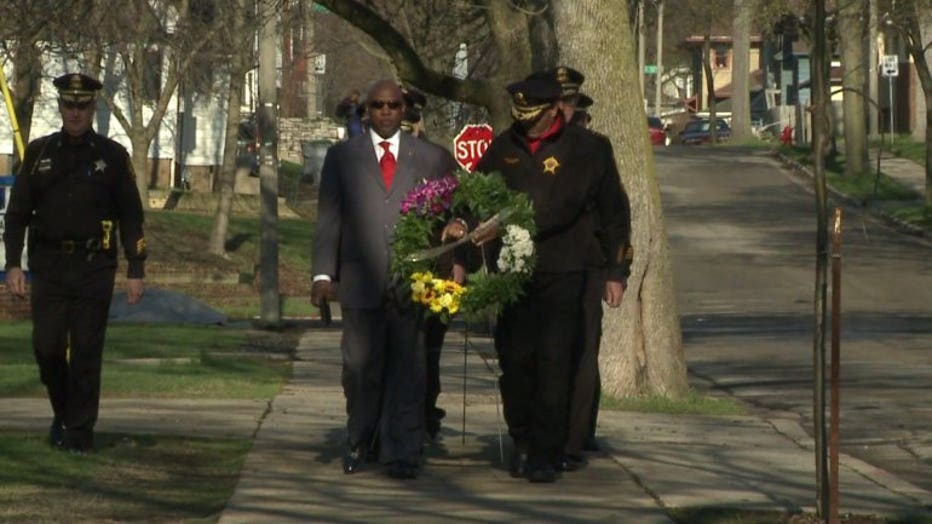 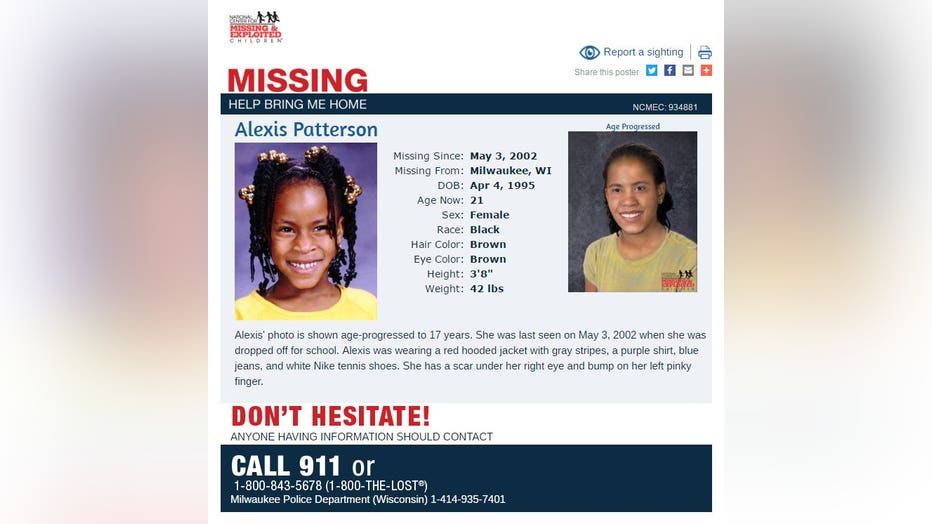