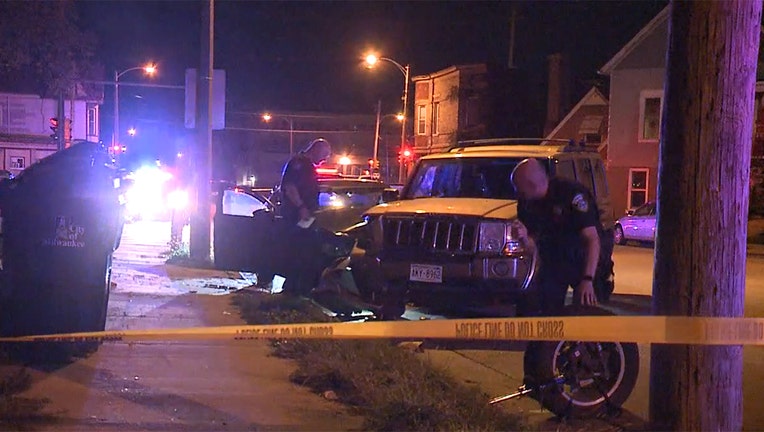 Milwaukee police at scene of stolen vehicle pursuit, crash near 11th and Becher

MILWAUKEE - Two Milwaukee men were arrested after a police pursuit and crash on the city's south side Thursday night, Oct. 14.

According to Milwaukee police, officers spotted the suspects' car speeding near 9th and Oklahoma shortly before 8 p.m.  When the officers tried to stop the car, the driver took off.

After a brief foot chase, the driver of the fleeing vehicle, an 18-year-old was arrested. A 22-year-old passenger was also arrested. The car was found to be stolen.

Criminal charges will be referred to the Milwaukee County District Attorney's Office in the coming days, police said.