MILWAUKEE -- After Milwaukee Police Chief Ed Flynn on Monday, Jan. 8 announced he'll retire from the Milwaukee Police Department effective Feb. 16 after 10 years on the job, and 47 in law enforcement, an alderman said "Milwaukee needs a fresh start, and a new direction." Alderman Bob Donovan and Milwaukee Mayor Tom Barrett on Tuesday reflected on the qualifications they're looking for in a new police chief.

Barrett and Donovan agreed that addressing community and police relations will be a priority for the next chief, but they disagreed as to how to protect the resources at the chief's disposal. 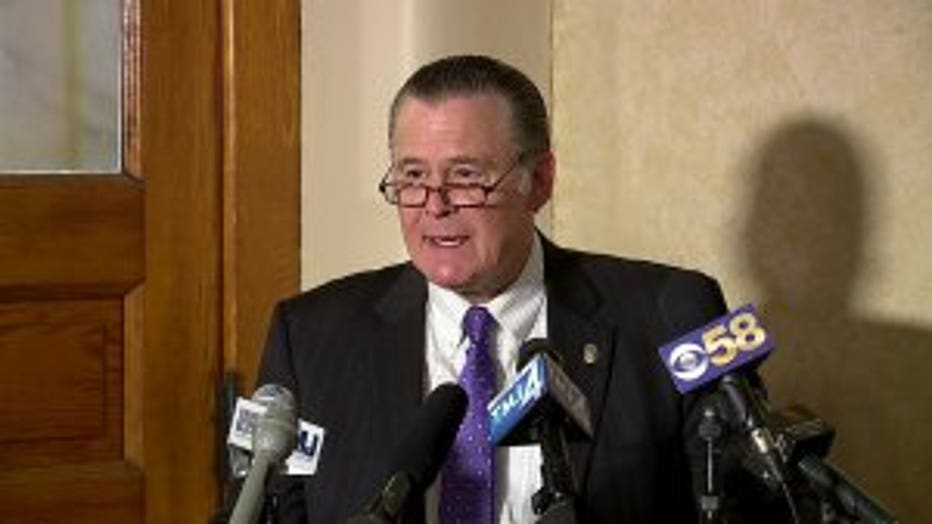 "I wish Chief Flynn no ill. I do, however, believe it is the best interest of the City of Milwaukee that he move on," said Donovan.

Statistics show that in 2017, there was a more than 10 percent decrease in homicides, carjackings and robberies in Milwaukee. Still, Donovan said he feels numbers don't reflect the quality of life in some of the city's most troubled neighborhoods. He said he wants to avoid future budget cuts to the Milwaukee Police Department and Milwaukee Fire Department -- asking that Mayor Barrett use his power and assemble a special commission.

"To study and make recommendations regarding the long-term financing of municipal operations," said Donovan.

At a separate event Tuesday, Mayor Barrett responded to that suggestion. 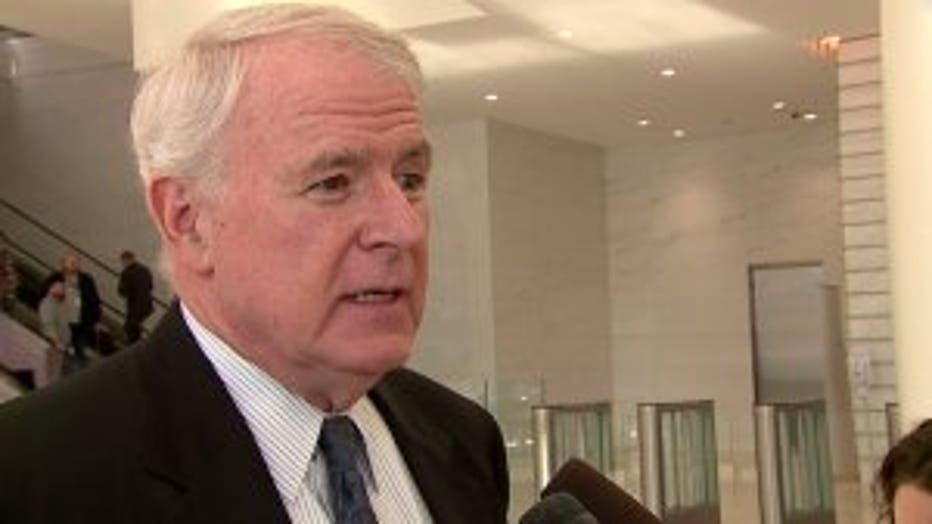 "We don't need a commission for that. We need aldermen...we need business leaders and individuals who are going to join the effort that I've been working on for over a year now to try to get the state Legislature to give us the authority to raise the resources to have a strong police department," Barrett said.

The Fire and Police Commission is charged with selecting the new chief. Commissioners will discuss Flynn's successor during their meeting Thursday, Jan. 11.

Donovan said he would like to see them choose someone with roots in Milwaukee.

"I think for morale purposes, promoting from within is desirable," Donovan said. 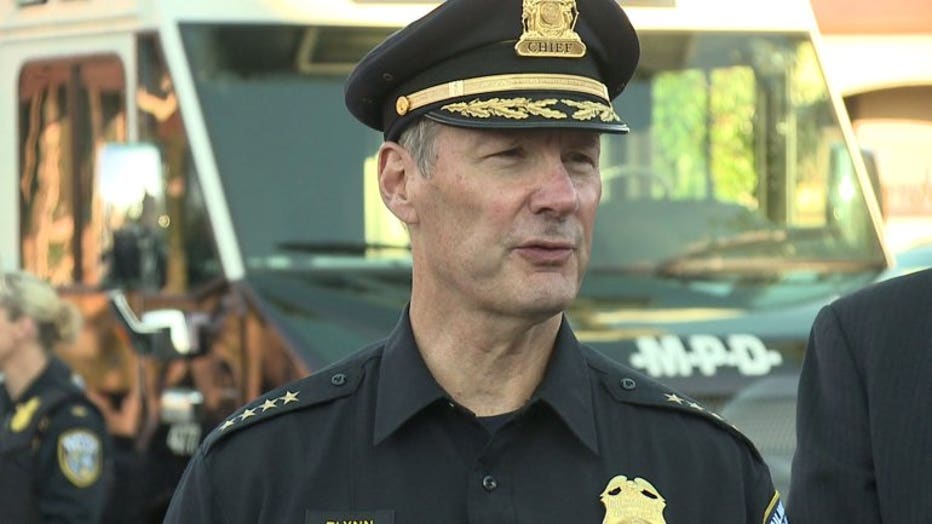 Mayor Barrett also weighed in on what he'd like to see in Flynn's replacement.

"Someone who is going to build on the tremendous progress that has been made under Chief Flynn's leadership," said Barrett. 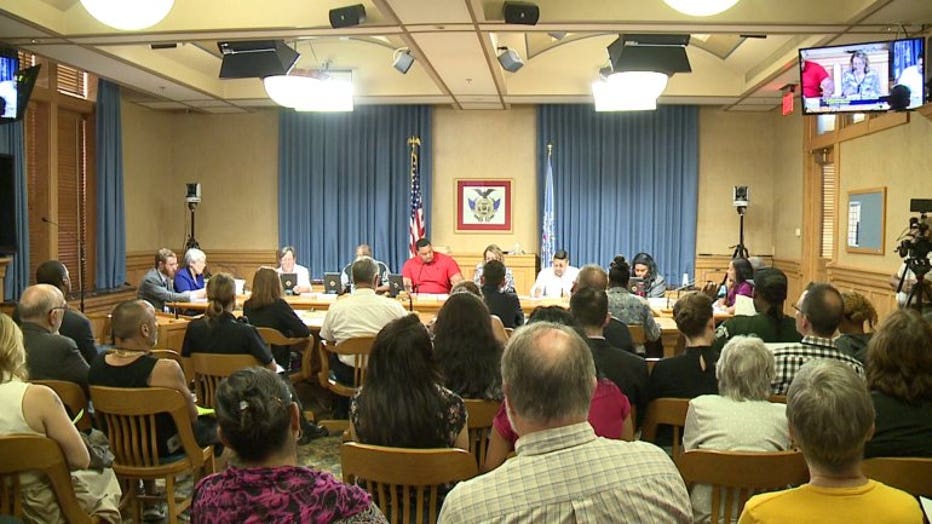 Both men agreed the next chief of police will need to drastically improve trust between the community and its police department.

Mayor Barrett said another important question to discuss is whether Flynn's replacement will fill the remaining two years of Flynn's term, or start a fresh four-year term. For now, he thinks someone in the department will be selected as acting chief when Flynn retires in February. 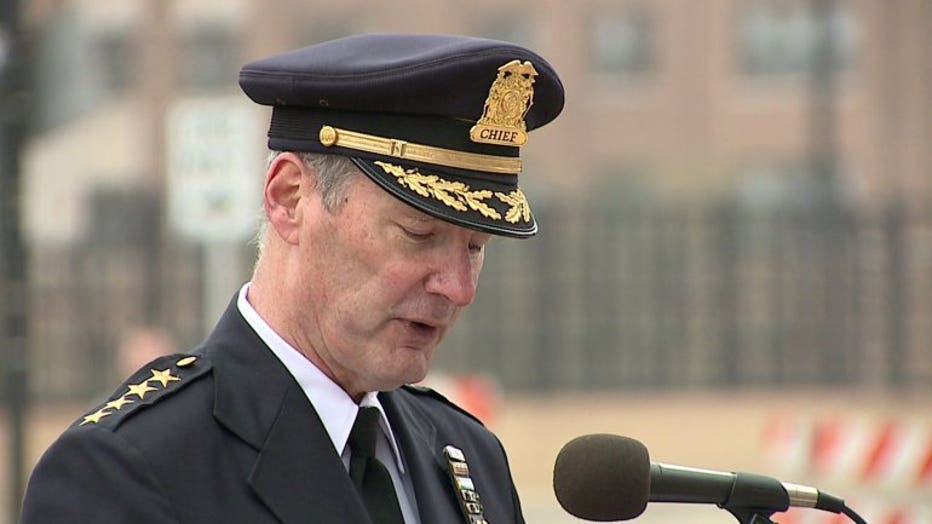