Milwaukee Mayor Tom Barrett has been confirmed by the U.S. Senate his role ambassador to Luxembourg. Changes are coming for the mayoral post.

Milwaukee Common Council President Cavalier Johnson will become the city's acting mayor once Barrett steps down, but the timeline of the transition of power is still in flux.

"I have confidence we will have a very smooth transition," Barrett said. "The timing of it is still very much up in the air."

Barrett said there is no set date yet on when he will officially resign and hand over power to Johnson, but all indications are it could happen in just a matter of days.

"I’ve worked as hard as I can, as long as I can, in this job and I absolutely love it, but all things must pass," said Barrett. "I’m very, very optimistic about the future of this city."

Barrett believes the timing of his confirmation allows the Common Council to meet a Dec. 28 deadline to align the mayoral election with the spring general election. Doing so would spare taxpayers from a costly, special mayoral election.

Both Barrett and Johnson agreed that some of the top issues that Milwaukee faces have to do with public safety, like the rising homicide rate and the increase in reckless driving. Johnson, already a candidate in the mayoral race, told reporters Friday he is ready to get to work. 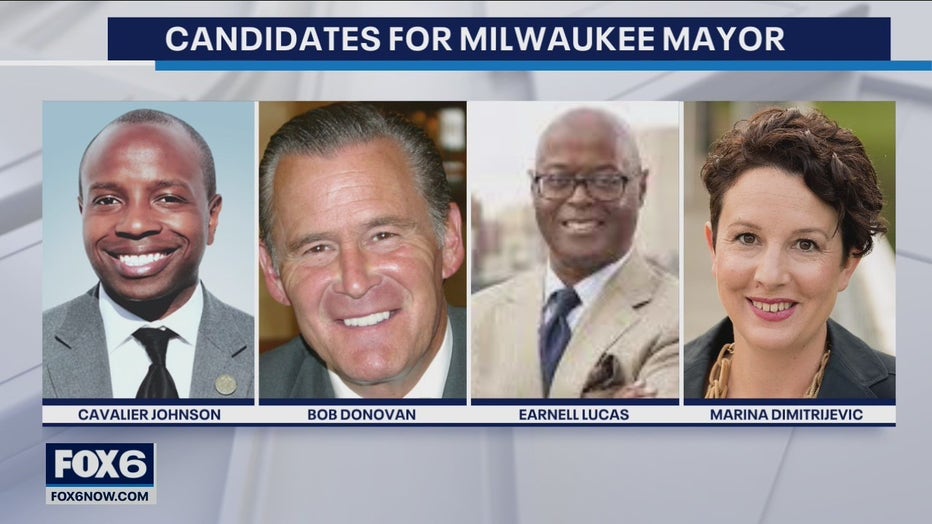 Barrett said he won't be able to endorse a candidate due to his new position but does have a piece of advice.

"You are mayor of the entire city, and that’s one thing I’ve tried to do in my time in office," said Barrett.

Barrett said his next steps are to speak with the city attorney, city clerk and Common Council to see if the late-December deadline is possible.

"I once again offer my congratulations to Tom Barrett, who’s been a dedicated servant in our community for four decades. I have no doubt he will make our country proud.

"Mayor Barrett is a lifelong public servant and since 2004 has been mayor of the city we all love so much. I thank him for his years of service and wish him the very best as he prepares for his next journey in service to the American people.

"The Milwaukee Common Council will now schedule a special election to select the next mayor of Milwaukee and fill the unexpired term of Tom Barrett.

"I am running for mayor of Milwaukee because I love this city and have the critical life experience and the vision to lead our city and make Milwaukee a city on the rise.

"We will all work together to improve safety, public services, health, and our collective futures. I look forward to sharing our vision for leadership and earning the trust and support of every Milwaukeean.

"Together we will create a strong, safe, vibrant, and equitable Milwaukee that rises to its fullest potential."

"Mayor Barrett has admirably served our city for the last 17 years, and our state for many years before that. I have no doubt that in his new position he will continue to represent the best aspects of Milwaukee, of Wisconsin and of our country.

"I want to extend my sincere congratulations to Mayor Tom Barrett after the Senate yesterday confirmed his nomination to become ambassador to Luxembourg.

"We congratulate Mayor Barrett on his confirmation as ambassador, and thank him for all he’s done on behalf of Milwaukee. Mayor Barrett has been a consistent champion for economic development here, and we wish him all the best in his new role. We look forward to continuing our work to improve metro Milwaukee as a place to invest capital, grow business and create jobs with the respected leader of the Common Council, Cavalier Johnson, in his new role as Acting Mayor."

"We congratulate Mayor Barrett, who was a valued founding partner of the Milwaukee 7. Mayor Barrett was an early champion of regionalism, and he recognized that what was good for the region was good for Milwaukee. He put economic development among his highest priorities and on his watch, Milwaukee drew in a significant amount of investment and job creation. We wish Mayor Barrett all the best in his next chapter and look forward to working with Acting Mayor Johnson, who shares our commitment to economic development."

The Milwaukee Fire Department, family and friends are honoring Battalion Chief Sean Slowey who recently passed after a long battle with brain cancer.