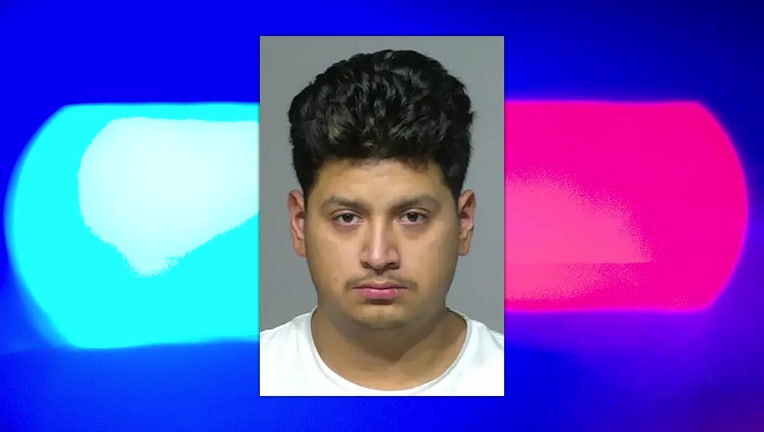 MILWAUKEE - A Milwaukee County judge sentenced Jonathan Roblero-Ramirez on Friday, July 15 to seven years in prison and another five years of extended supervision in connection with a fatal crash near Cesar Chavez Drive and Scott Street in January.

On Friday, Roblero-Ramirez pleaded guilty to the first two charges – the second two were dismissed and read into the court record for the purposes of sentencing. The sentence pertains to counts one and two.

Charles Anderson, 40, of Milwaukee, was on his way to work when police say Roblero-Ramirez was speeding down Cesar Chavez Drive in the oncoming traffic lane. Anderson's vehicle was hit as he made a left turn. Police say the impact of the crash caused the two vehicles to hit a light pole.

In court in January, prosecutors said Roblero-Ramirez has never had a Wisconsin driver's license, his driving privileges were suspended at the time of the crash, and his blood alcohol content was .128. They added that he was driving at approximately 60-70 miles per hour in a 30 mph zone when he shouldn't have been driving at all.