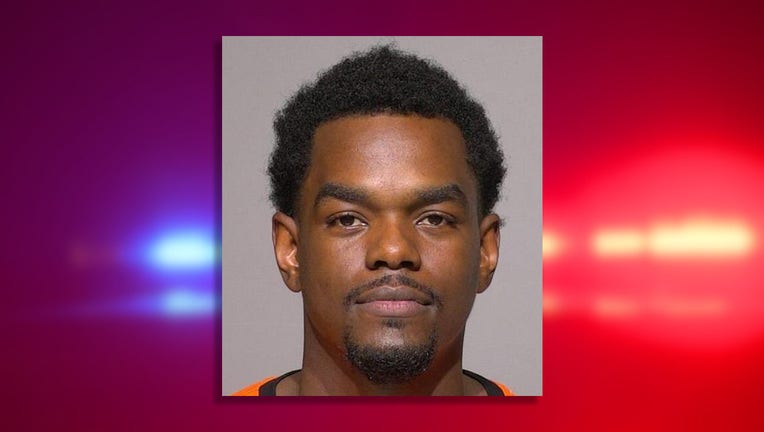 MILWAUKEE - Prosecutors have charged Terry Davis, 26, of Milwaukee with five counts, including trafficking of a child and sexual intercourse with a child, between May and September 2020.

According to a criminal complaint, Milwaukee police responded to a Milwaukee hotel for an armed robbery complaint early Sunday morning, Sept. 27.

Police at the scene located the victim, a 16-year-old girl, who knew Davis. The complaint states that Davis accused the girl of stealing money from him, a brief argument ensued, and he pushed her to the ground and repeatedly punched her. Davis then went to his car, and pointed a gun at the girl.

The victim told police that she was pregnant, and she was taken to the hospital for treatment.

At the hospital, the victim told police that she and Davis had a sexual relationship. The complaint states that the victim went on "dates," which she knew to be sex for money, with other men and then gave the money from the "dates" to Davis, who would also drive the victim to different places to "do dates for money" and provide clothes.

The victim told police that she could do 50 or more "dates" per day and there there were usually other girls involved who would be kicked out a shared residence near Sherman and Burleigh if they refused to go on "dates."

Sunday night, police went to the residence in question in search of other suspects, but no one was there. Davis later signed a consent to search the residence.

Davis told police in an interview, the complaint states, that he knew the victim by a different name and though she was older.

The morning of the hotel incident, Davis said he confronted the victim and took her phone, accusing her of stealing $2,000 from him. He said the victim tried to hit him, but she missed and he then gave her a "quick blitz" of punches. He then got his gun and told the victim "let this be a lesson."

Davis is charged with the following counts:

Davis stated, according to the complaint, that he did in fact have a sexual relationship with the victim and received money from her for "dates."

According to a criminal complaint, the Racine County Sheriff's Department received seven different 911 calls from a single neighborhood.