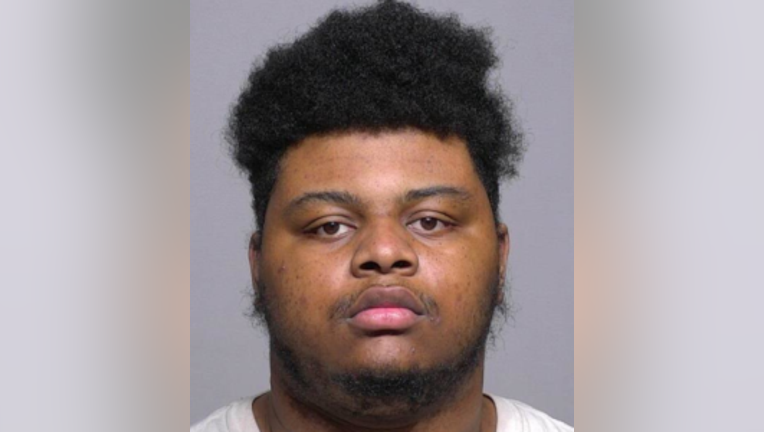 MILWAUKEE -- A 22-year-old Milwaukee man has been charged in connection to the death of his 3-month-old son.

Davionte Allen is charged with one count of first-degree reckless homicide and one count of neglecting a child, consequence is death.

According to a criminal complaint, Allen was left alone with the child for around an hour and a half on Friday, June 12 at a residence near 36th and Sheridan. During that time, the child's mother had gone to run an errand. Upon her return, the child "appeared to be sleeping" inside a pack-and-play.

Allen recorded the child making "weird grunting noises" while the mother was away. Not knowing what happened while she was gone, the mother continued to let the child sleep.

Approximately two hours later, the complaint states, the mother went to wake the child, but he was limp and unresponsive. She then rushed him to the hospital.

A CT scan at the hospital showed large bleeding on the brain, consistent with traumatic impact from shaken baby syndrome. The child was intubated and transferred to the Children's Wisconsin intensive care unit.

A brain death evaluation was made by the hospital's neurology department, revealing a complete loss of brain function. The child was taken off life support and died on June 14.

The complaint states that the child's injuries were ruled by a doctor as "immediately symptomatic."

In an interview, Allen told police that the child was colic and would not stop crying and would not go to sleep while the mother was out. Allen said he rocked, bounced and burped the child before laying him down for a nap -- and denied harming the child in any way.

After being arrested and questioned by Milwaukee police detectives, Allen admitted to picking the child up with force and jerking his body without supporting his head. The child then began breathing irregularly, and Allen said he took a video to show to the mother.

In the video, the complaint states, Allen is heard saying "you okay, (son)...oh no."

An autopsy confirmed the child's cause of death as blunt force trauma and ruled the manner of death a homicide.