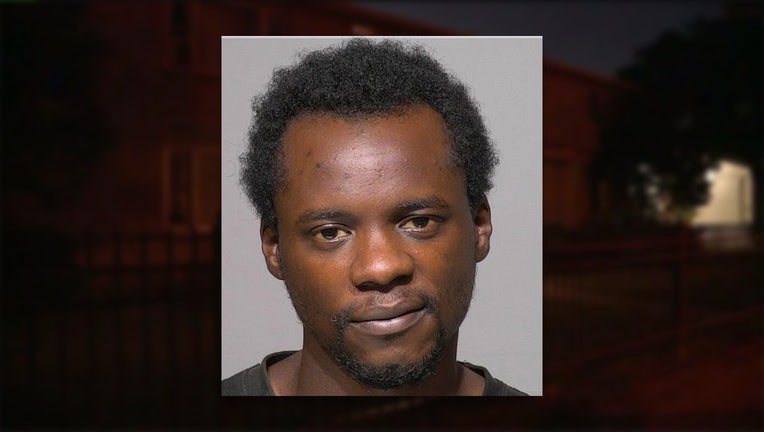 MILWAUKEE - A Milwaukee man has been charged in connection to an armed robbery and fatal shooting that happened June 25 on the city's north side.

26-year-old Jerome Tillmon faces one count of felony murder-armed robbery as a party to a crime. Police said the victim was found dead near Appleton Avenue and Keefe Avenue with multiple gunshot wounds.

According to a criminal complaint, a woman who knew the victim – and was with him on the night of the shooting – told police that Tillmon owed the victim $200. Around 9 p.m. on the day of the shooting, she said Tillmon and the victim spoke on the phone and arranged for Tillmon to pay the money back.

Later that night, she heard the doorbell ring and, believing it was for the victim, went to find him. She then heard gunshots, heard the victim say, “I’m hit” and found him outside, shot.

Surveillance video from a nearby motel showed a white Chevy Malibu turn onto Appleton Avenue in front of what would be the shooting scene around 10:15 p.m. Police reviewed phone records as part of the investigation, which showed Tillmon's number texting the victim that he had arrived outside at the same that the Malibu appeared on surveillance. In the video, a flash of light is seen where the shooting took place. The Malibu then drives away.

Police later interviewed someone who knows Tillmon. That person told police, the complaint states, that Tillmon confessed to them about robbing and killing the victim.

When interviewed by police, Tillmon said he owed the victim $25 worth of marijuana and that he and two others drove to the victim’s residence. There, Tillmon said, one of the two others was dropped off down the street; that person said they wanted to rob the victim.

Tillmon told police, the complaint states, that he then spoke to the victim outside, and said he would pay him back the next day. Tillmon said he then walked away and heard gunshots. The person who wanted to rob the victim was then picked up and had the victim’s gun in their hand. All three then drove away.

Tillmon made an initial appearance on Aug. 5. If found guilty and convicted, he faces up to 40 years in prison.