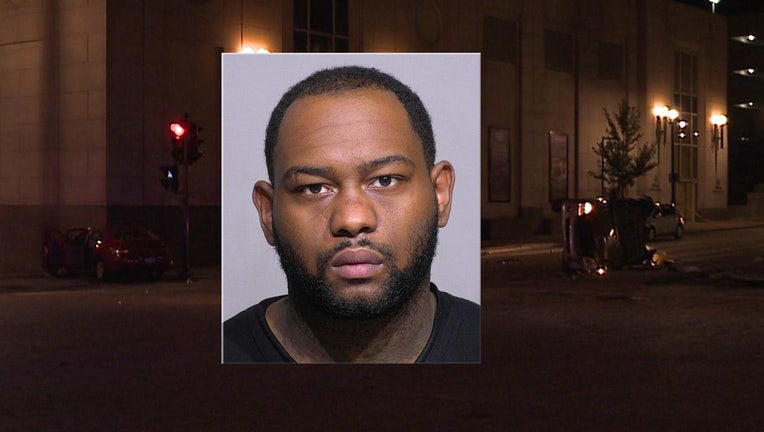 MILWAUKEE - A 26-year-old Milwaukee man has been charged with homicide by negligent operation of a vehicle following a serious crash near N. 6th Street and W. Wisconsin Avenue in the early morning hours of Saturday, Sept. 19.

According to a complaint, Travis Anderson was driving southbound on 6th Street when he sped up through the red light and struck the driver's side of a vehicle carrying four people, before losing control and crashing into the side of a building. The struck vehicle spun out and flipped on its side, pinning the driver underneath the vehicle.

The driver of the struck vehicle, a 29-year-old woman, was taken to the trauma unit of Froedtert in critical condition. She died Sunday, Sept. 20 from her injuries. The three other passengers in the car received non-life-threatening injuries. Anderson's passenger was also injured.

Police interviewed Anderson after the crash. He said how he was at a bar on Water Street and only had a beer and a shot over the course of four hours before stopping for food prior to the crash. He told police he was driving and trying to hit a "stale light" on 6th Street. Officers asked if that meant to disregard the red light and Anderson said yes.

Surviellance cameras show Anderson had briefly stopped at two red lights at Kilbourn and Wells as he travelled south on 6th, but he drove through the red lights before he was given the right of way.

According to data from Anderson's car, he sped through the intersection of 6th and Wisconsin at 100% throttle, going 46 mph and never once applied the brakes.