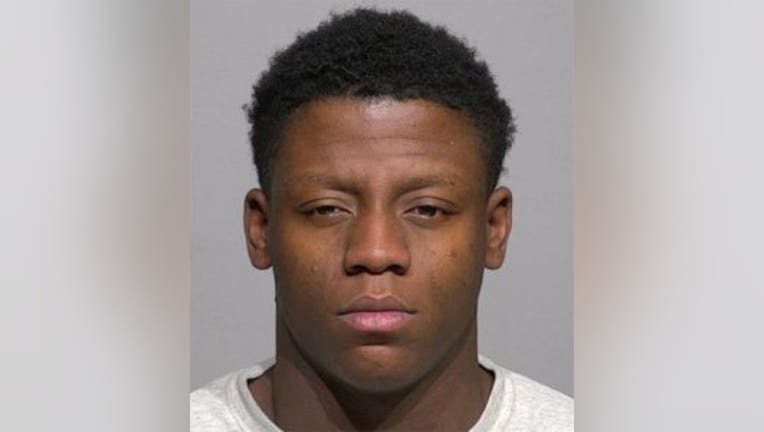 MILWAUKEE -- Ladarius Mcghee is now charged in connection with a carjacking that took place at Gaenslen School in Milwaukee on Friday, Dec. 7. Mcghee, 21, faces the following misdemeanor charges:

According to the criminal complaint, officers were dispatched to Gaenslen shortly after 4 p.m. on Dec. 7. A teacher from the school told the officers she was in the school's parking lot when she was approached by "three or four black males." The complaint indicates one "tried to grab her purse and another one shoved her to the ground and took her purse." The teacher tried to get her purse back, but she was again pushed to the ground.

The complaint indicates the suspects found the teacher's car keys -- and got into her vehicle. When the teacher approached the car, "a different male punched her in the face, causing her to collapse to the ground." The males then fled in the car.

Officers noted the teacher "appeared to be extremely shaken from the incident and suffered a blood spot in her left eye and a large amount of swelling and redness to her face."

A couple of hours later, a caller reported two reckless vehicles near 9th and Burleigh -- one of them was the teacher's vehicle. Officers spotted the vehicle, activated their lights and the car sped off. A pursuit lasted a little more than three miles before the car "crashed into garbage cans and came to a stop in a dead-end alley." Mcghee jumped out of the car and began running, the complaint indicates. An officer pursued on foot -- and took him into custody a short time later.  The criminal complaint says three other 13-year-old boys also fled the scene -- they were all taken into custody.

In an interview with police, Mcghee "admitted he was a passenger in the back of a fleeing vehicle." He also "admitted he knew the vehicle was stolen."