MILWAUKEE -- The City of Milwaukee launched on Friday, Nov. 2 The Hop -- the new streetcar that connects the city's Lower East Side with Historic Third Ward with many stops in between. 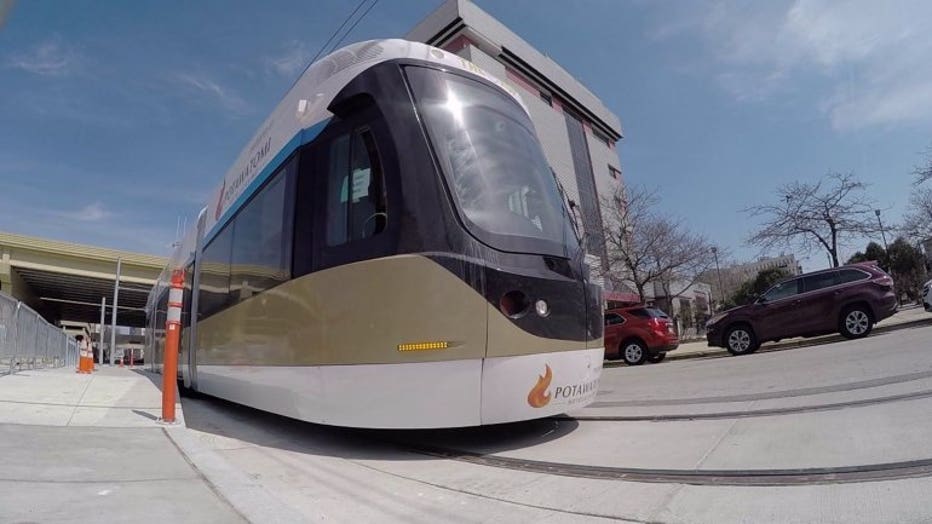 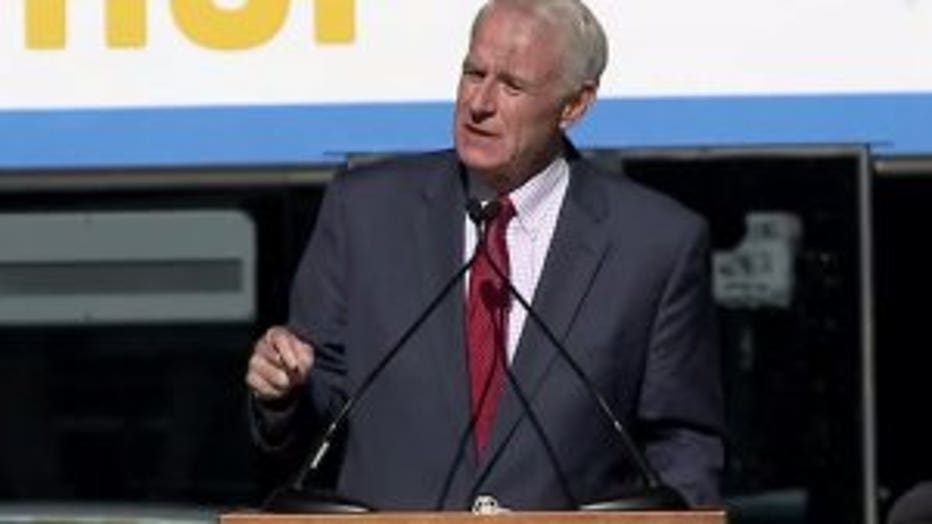 "It's time to hop on Milwaukee," said Mayor Tom Barrett. "We are opening the next chapter in Milwaukee downtown."

The "Grand Hop-ening" celebration was centered around Cathedral Square Park and adjacent to The Hop’s eastbound and westbound platforms on Kilbourn Ave. It featured music and entertainment from local performers and activities to engage the crowd while waiting to board The Hop.

"Today we know this moment is going to stand out. It is historic," said Beth Weirick, CEO of Milwaukee Downtown. "This is truly an asset to our entire community." 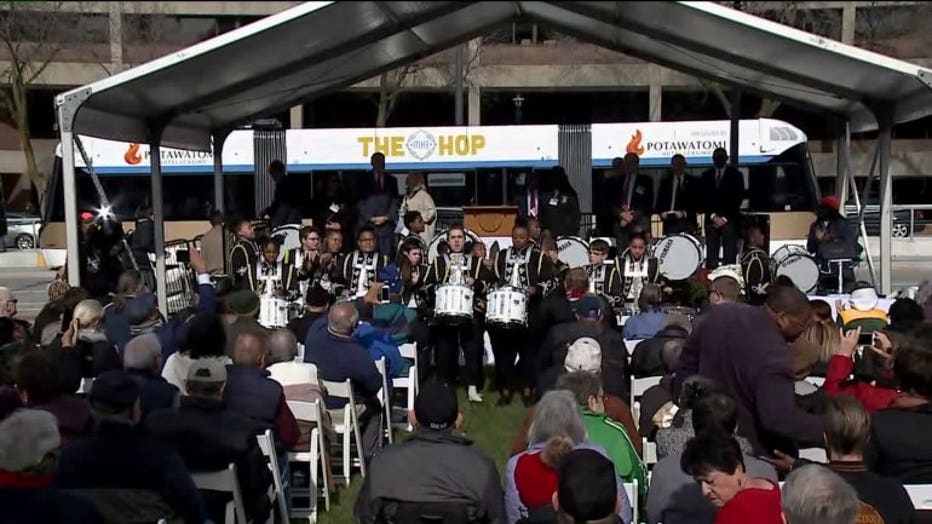 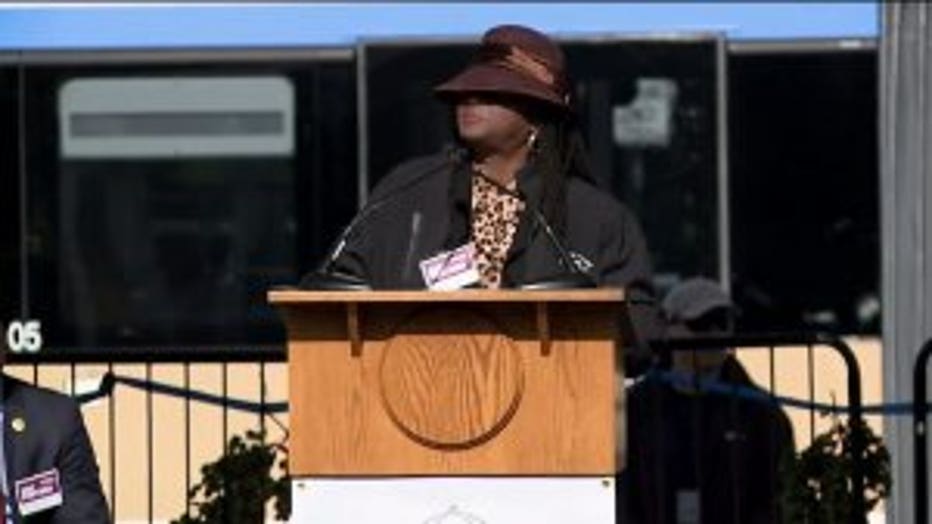 "It's kind of what being a member of Congress is all about. I get to see our federal dollars in use," said Congresswoman Gwen Moore.

Mayor Barrett said while The Hop is launching on Friday, it is expected to connect to the lakefront in 2020.

"We talked to residents on the north side and the south side about what they want to see when the streetcar comes to their neighborhoods," Barrett said. "They have started the design work for the first leg of an extension that takes the streetcar to Bronzeville." 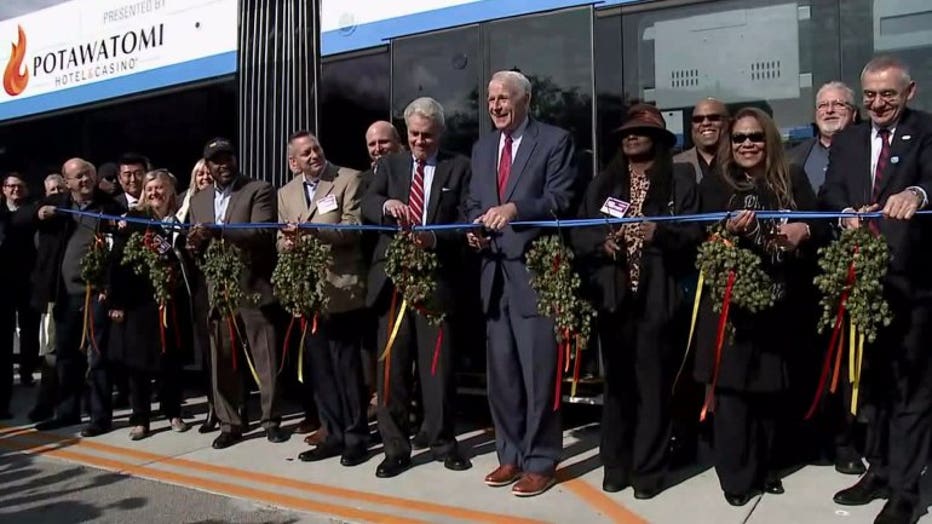 Ribbon cutting for The Hop

Barrett also used the launch of The Hop to break some news about a prominent development on Milwaukee's lakefront. 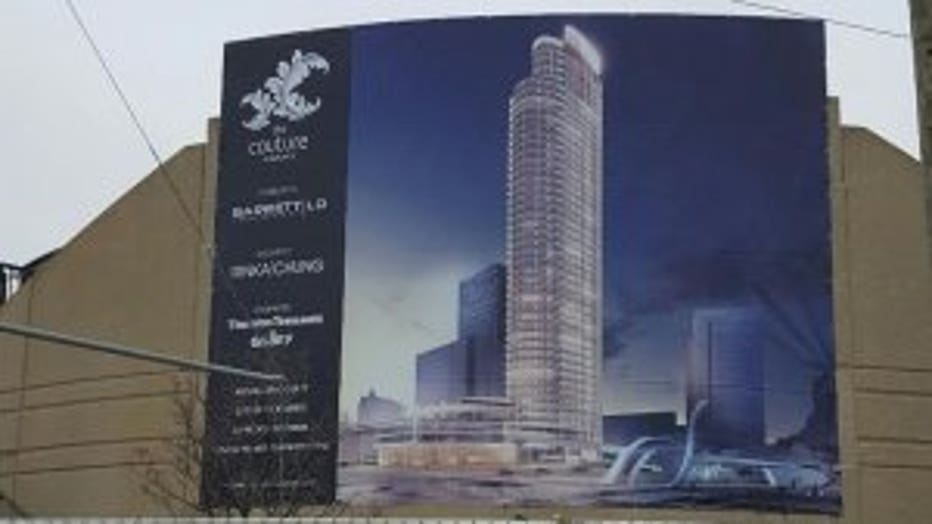 "Not only are we launching the streetcar today, we are also announcing a big step forward for the 44-story Couture development. After a thorough review, the United States Department of Housing and Urban Development has moved this project forward," Barrett said. "When the Couture is built at the lakefront, and it will be built, The Hop will move right through the base of the building. It will get down right near Summerfest, which is the next extension we're going to have."

The streetcar celebration came with plenty of opposition. It is something Mayor Barrett address while on board.

"Whether you liked it of your didn't like it, it's here. Let's enjoy it and let's make it a success," Barrett said.

Each of the five streetcars in the fleet can carry up to 150 people with two-and-a-half miles of track. The Hop will loop around major portions of downtown Milwaukee. Beginning with the Nov. 2 launch, The Hop will operate seven days a week on the following schedule: 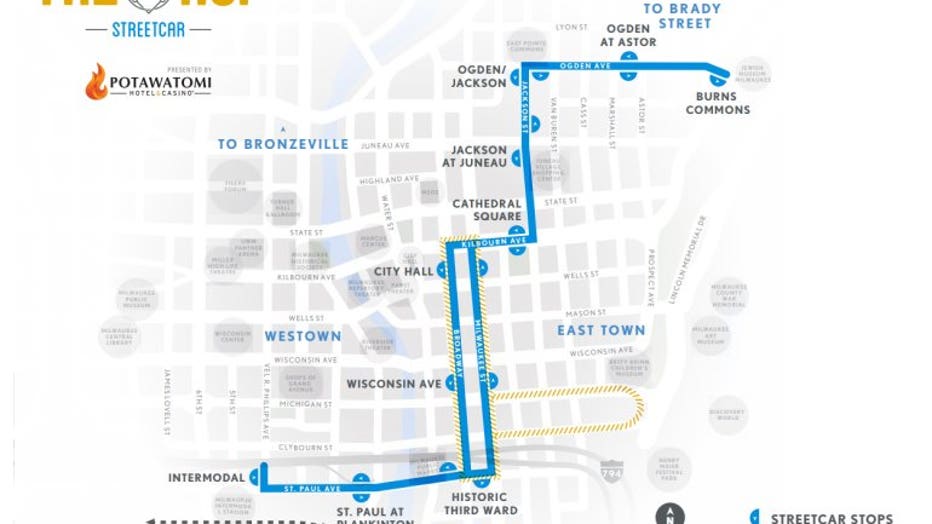