Milwaukee County and City of Milwaukee leaders, organizations and other guests kicked off Pride Month and unveiled some ways the community is coming together to celebrate.

MILWAUKEE - Milwaukee County and City of Milwaukee leaders, organizations and other guests kicked off Pride Month on Tuesday, June 1 and unveiled some ways the community is coming together to celebrate despite the fact that PrideFest was canceled for 2021.

"Since Milwaukee's annual PrideFest is not able to take place in June like it normally would, the City of Milwaukee, organizations across the community, as well as Milwaukee County, we’re finding ways to celebrate and promote diversity, inclusion and respect for everyone," said Milwaukee County Executive David Crowley.

The month of June is observed nationally as Pride Month for the LGBTQ+ community. Pride Month honors the 1969 Stonewall uprising in New York City, which marked the beginning of the modern movement to outlaw discriminatory laws and practices against lesbian, gay, bisexual, transgender and queer or questioning (LGBTQ+) Americans.

Milwaukee kicks off Pride Month, unveils ways the community is coming together to celebrate

Milwaukee County and City of Milwaukee leaders, organizations, and other guests kicked off Pride Month on Tuesday, June 1 – and unveiled some ways the community is coming together to celebrate.

"One of the creative displays that residents can look forward to is parked right behind me," said Crowley. "Milwaukee County and MCTS are proud to roll out our first-ever Pride bus."

An MCTS bus and a streetcar received a makeover in honor of Pride Month.

It's a new way to show and support pride and inclusion.

"Public transit is by definition a mode of transportation that brings people together," said Milwaukee Mayor Tom Barrett. "What’s so special about Pride Month is that it recognizes that every one of us, every one of us is a human being that deserves respect and support." 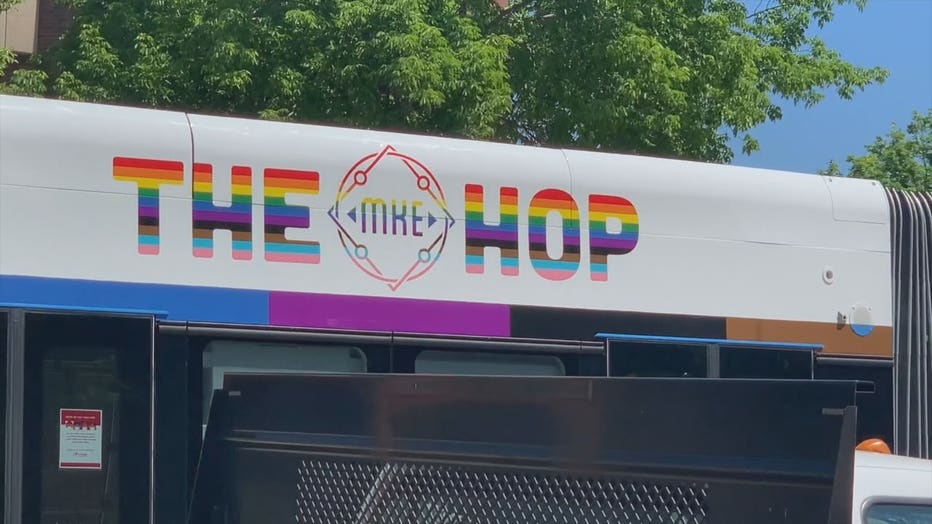 Mayor Barrett made an official proclamation that Pride Month will be celebrated in Milwaukee throughout the month of June.

City and county leaders detailed some of the displays that residents can look forward to seeing:

MCTS Pride Bus: The Milwaukee County Transit System (MCTS) is rolling out its first-ever ‘Pride Bus’ starting June 1. The 40-foot-long bus features a colorful design, the phrase ‘MCTS Rides with Pride’, and the hashtag #PrideMCTS. The bus’s normal paint scheme has been replaced with a rainbow design featuring inclusive colors – like black and brown to represent people of color; as well as pink, white, and powder blue in a nod to the Transgender Pride flag.

The Hop: The City of Milwaukee’s streetcar, The Hop, is wrapping one of its three-piece, articulated cars with an inclusive rainbow ribbon, Pride-themed Hop logo, and special messaging to help celebrate diversity and remind passengers -- as well as residents, employees and visitors of the downtown community -- of the important occasion. The design will also promote "Massimals MKE: Rainbow" at Cathedral Square Park.

"Massimals MKE: Rainbow:" The five polar bears that inhabited downtown Milwaukee’s Cathedral Square Park this past winter are back for the summer – and this time, they’ve received a colorful makeover! Artist Jason Scroggin of Scroggin Studio is behind this refreshed public art installation – presented by PNC Bank – which makes for a great Pride Month photo-op. 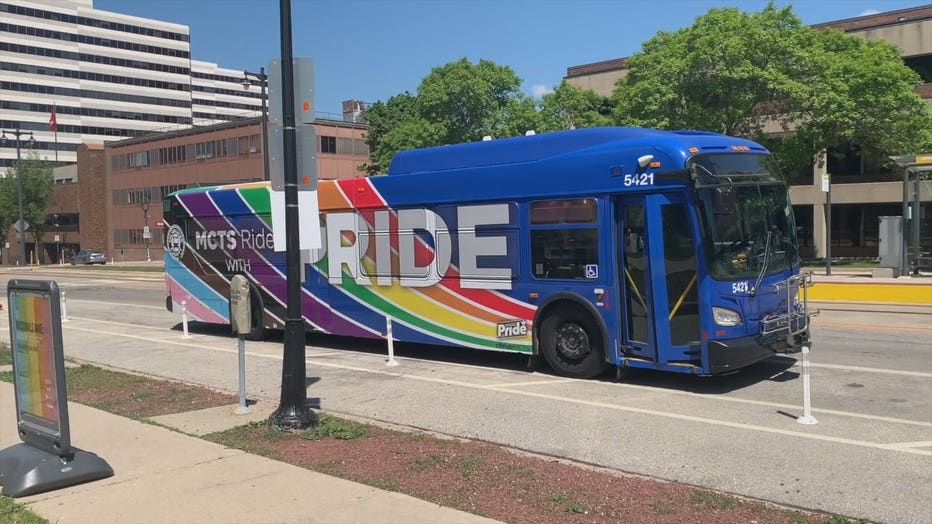 "True Colors" Mural Installation: The boat landing stairs along the Milwaukee River, behind the Marcus Performing Arts Center’s Peck Pavilion, will be transformed into a temporary art installation called "True Colors", by artist Josephine Rice. The beautiful display, supported by Northwestern Mutual, will debut the first week of June.