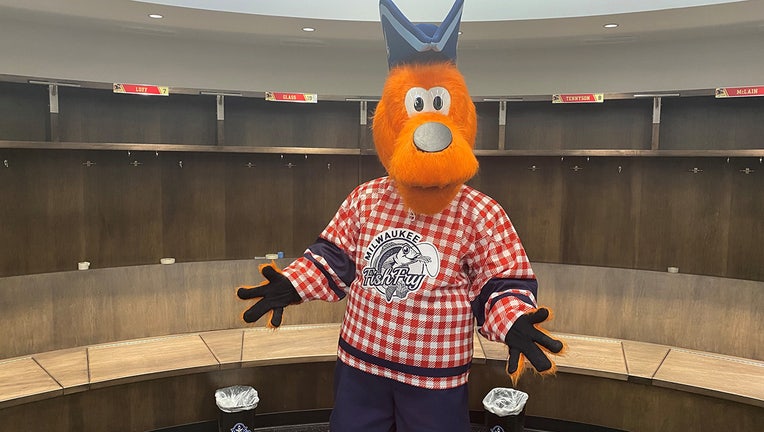 MILWAUKEE - Donning red and white plaid jerseys, the Milwaukee Fish Fry earned a point on Friday night with a 4-3 shootout loss to the Rockford IceHogs at Panther Arena.

Michal Teply provided the lone goal of the shootout and Rockford goalie Arvid Soderblom held the Fish Fry scoreless stopped all three Fish Fry attempts to move the IceHogs to 5-3-1-0 against Milwaukee this season.

Jeremy Davies scored a pair of goals and Rocco Grimaldi also lit the lamp for the Fish Fry (29-21-4-3), with Davies contributing two of the squad's goals.

The two sides combined for 13 infractions on the night, totaling 48 penalty minutes in all.

Just 45 seconds into the bout, Jeremy Davies fired a wrister from the blue line that floated through traffic and past Soderblom to give Milwaukee a 1-0 advantage.

The IceHogs struck less than three minutes later, as Evan Barratt contributed a power play goal on a shot from the right circle to tie the score.

Davies notched his second tally of the game during a power play in the sandwich period, beating Soderblom gloveside to give his team another advantage.

Rocco Grimaldi added to Milwaukee's lead later in the second frame, shooting a laser from the right dot on the man advantage to put the Fish Fry up 3-1.

Brett Connolly opened the scoring in the third period on a PPG, backhanding a puck from beyond the goal line off the stick of Cooley and into the net.

Rockford evened the score under four minutes after Connolly's goal, as Mike Hardman deflected a Teply shot past the arm of Cooley to tie the game.

The IceHogs had multiple point blank chances in overtime, but Cooley stonewalled those attempts and forced a shootout.

Cooley made 20 saves in the game, while Soderblom turned aside 33 shots on the night.

Milwaukee remains home for its next contest, hosting the Chicago Wolves on Saturday, Mar. 12 at Panther Arena. Puck drop will be at 6 p.m. and the game will be followed by a concert from country music star Jimmie Allen.

The Wisconsin Badgers men's basketball team was eliminated from the Big Ten Tournament by the Michigan State Spartans in Indianapolis on Friday.