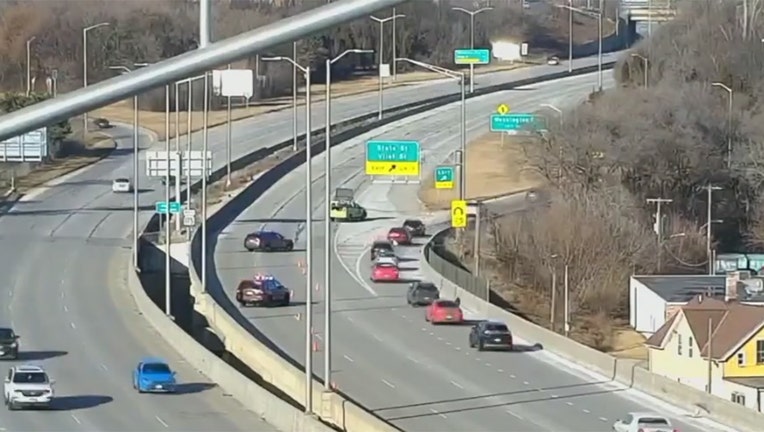 Deputies were sent to the scene near the Stadium Freeway and Vliet Street shortly before 1 p.m. for a three-vehicle crash.

Authorities said the woman, 53, hit an SUV with her car. The SUV then veered toward the median wall and was hit by a third vehicle before also striking the wall head-on.

The 53-year-old woman said she was not hurt and declined medical care at the scene, according to the sheriff's office. She was arrested and charged with operating after suspension, along with three counts of causing bodily harm.