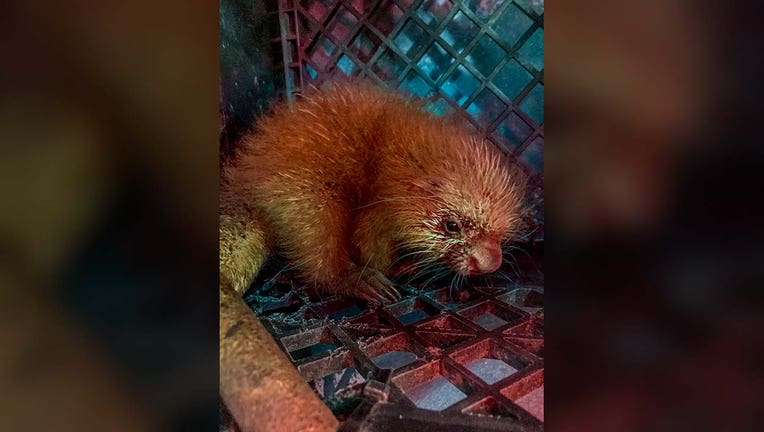 MILWAUKEE - The Milwaukee County Zoo on Wednesday announced that a prehensile-tailed porcupine was born March 27 in the Small Mammals building.

The baby, whose gender is not yet known, is the second offspring of mom Quinn and dad Seamus. Their first offspring, Bristle, was born at the Zoo last May, and recently moved to the Blank Park Zoo in Des Moines, Iowa by recommendation of the Species Survival Plan of the Association of Zoos and Aquariums.

The baby is developing normally and is quickly becoming more active and adventurous. Zoo officials said it is gaining coordination between its tail and feet, and while it still has improvements to make, it has gotten better every day, enough so the baby can now navigate its entire habitat and climb the branches.

Prehensile-tailed porcupines are arboreal animals, spending most of their time in trees. These porcupines are also nocturnal and are known to move to a new tree each day. They are known to live 12-17 years in human care. The species is named after their prehensile tails, which they use for grasping and hanging in trees.

Severe storms will be possible Wednesday afternoon as a cold front moves through our area. Damaging winds and hail are the main concerns.

On Wednesday afternoon, the grounds crew met with the media to offer an up-close look at the diamond that will play host to more than 80 games this season.