MILWAUKEE -- The Milwaukee County Zoo is mourning the loss of a harbor seal named Sydney who died three days after giving birth to her fifth offspring.

Zoo officials said in a news release Tuesday, July 7 the pup was born on June 3 -- the fifth offspring in the past seven years for 24-year-old Sydney and her male companion, Ringo.

Meanwhile, the pup, who is not yet named, is being hand-raised -- receiving care and assist-feeding from zookeepers and animal care staff.

According to zoo officials, at 3 days old, the pup weighed about 24.2 pounds, and on June 23, he weighed about 37.4 pounds. Keepers are assist-feeding the pup five times daily with a milk replacer formula made specifically for marine mammals which includes a high fat content and vitamins, the release said. Normally, harbor seals nurse 4 to 6 weeks before weaning. In the meantime, finely ground fish is gradually being added to the formula. As of June 23, in addition to the formula feedings, the pup has been introduced to live fish to pique his natural instincts.

Zookeepers noted in the release for now, he seems more interested in playing with the fish and has not started eating them on his own. With previous pup births, keepers initiated a similar process to wean the seals from their mother’s milk to a diet of fish. Sometimes keepers play with the fish with the youngster or place it in ice chunks or toys to entice the pup. Eventually, his natural instincts will take over and he’ll eat fish on his own. Zoo veterinarians say his bloodwork and overall health appear good. 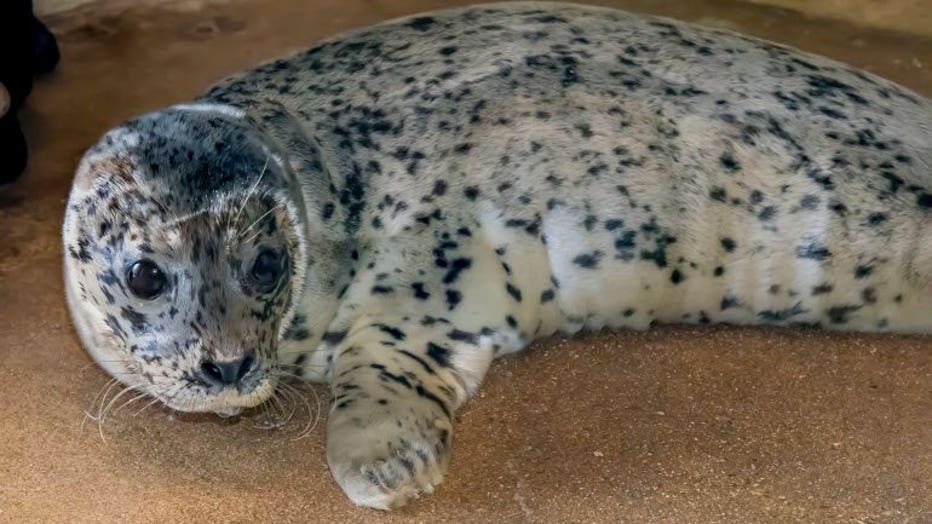 For socialization, at a few weeks old, he was introduced to the Zoo’s 5-year-old female, Cossette, in an off-exhibit area, the release said. There, he has access to a plastic kid’s pool filled with toys, an off-exhibit holding pool where he can swim and chase fish, and a dry area where he sleeps. Zoo officials said often, he sleeps near his “neo-mommy,” a specially made maternal substitute consisting of a plastic tube inside of a wetsuit he’s had access to, if necessary, for comfort. One of his favorite toys appears to be a red frisbee.

Keepers continue to monitor the pup closely in the off-exhibit areas. It will be several weeks before introductions start with the other seals, which include 2-year-old Milo, and 42-year-old Ringo.

First, keepers will begin his training program to teach him to respond to cues to eventually become a “strong and reliable” seal. 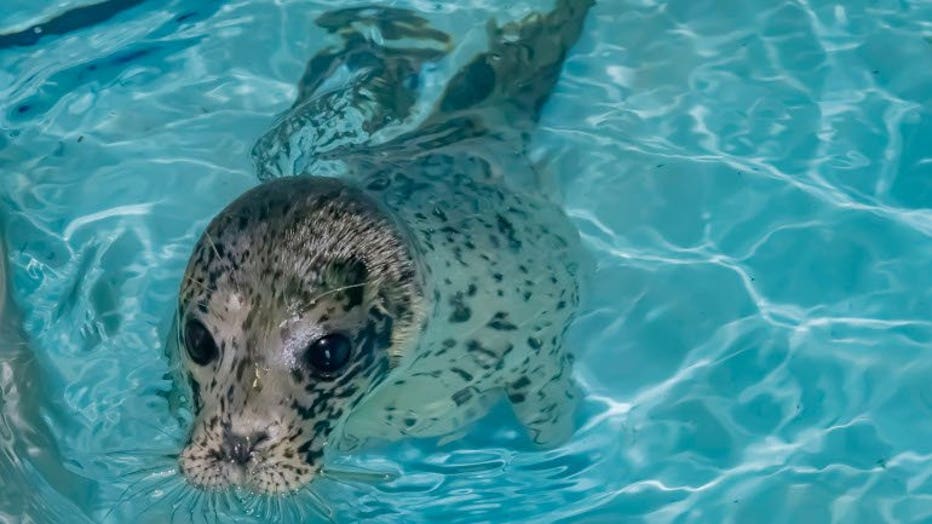 Harbor seal Sydney arrived at the Milwaukee County Zoo in 2005 from the Alaska Sea Life Center where she was rescued as an orphan pup in 1996.