Gov. Tony Evers on Wednesday met with the recipients of the Neighborhood Investment Fund Grant program at Milwaukee City Hall.

A news release from the governor's office said the funds will be used to address local challenges workers, families and communities across Milwaukee County are facing – including housing and food insecurity, accessing quality, affordable child care, and violence prevention.

With the $15 million in grants, the city of Milwaukee will be providing funding for community development projects that will help create more than 400 affordable rental units and approximately 200 new spots in early child care education services. The funds will also be used to expand access to library resources with a new flagship Milwaukee Public Library, and invest in violence prevention efforts.

Milwaukee County will be using $10.5 million in grants to support additional community development projects, including facility improvements to the Martin Luther King Community Center and building 42 homes for families affected by the COVID-19 pandemic.

Additionally, they will be using these funds for the Hillview Hall Rehabilitation Project which addresses health, housing, and food security needs of individuals who are experiencing homelessness and low-income families. 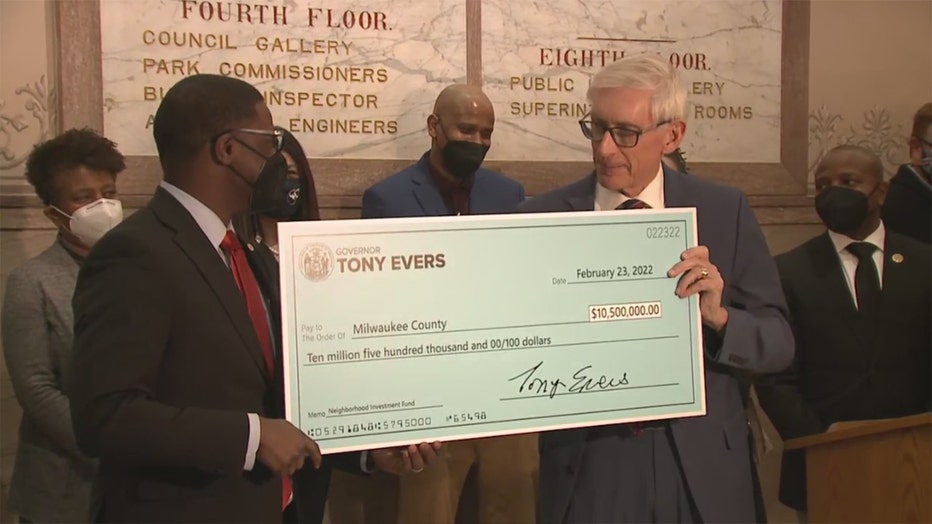 Part of a nearly $650 million investment allocated by the governor for community building and recovery efforts statewide, the Neighborhood Investment Fund program was announced in August 2021 and is administered by the Wisconsin Department of Administration. Grants being awarded range in size from $1 million to a maximum of $15 million and are funded through the American Rescue Plan Act (ARPA).

Additional information can be found on the program website. Recipients of the Neighborhood Investment Fund program will be announced on a rolling basis over the course of the next week, at which time a full list of grant awardees will be released.

The Wisconsin Senate late passes a resolution calling for a Constitutional convention to consider a term limits amendment for members of Congress.

In response to a recent nationwide infant formula recall, Hunger Task Force is taking measures to ensure a safe and reliable supply of formula at Milwaukee food pantries.

The Wisconsin Assembly passed a bill Wednesday that would raise the minimum age for purchasing tobacco and vaping products from 18 to 21.