MILWAUKEE -- 23-year-old Matthew Sleider of Wauwatosa and 22-year-old Brandon Bell of Milwaukee were taken into custody after attacking a Milwaukee County Sheriff's Deputy during a routine traffic stop early Friday morning, November 2nd on westbound I-94.

Officials say the deputy was conducting a routine traffic stop around 2:21 a.m. on westbound I-94 near 20th St. When he approached the vehicle, he detected a strong odor of alcohol coming from the driver's breath. 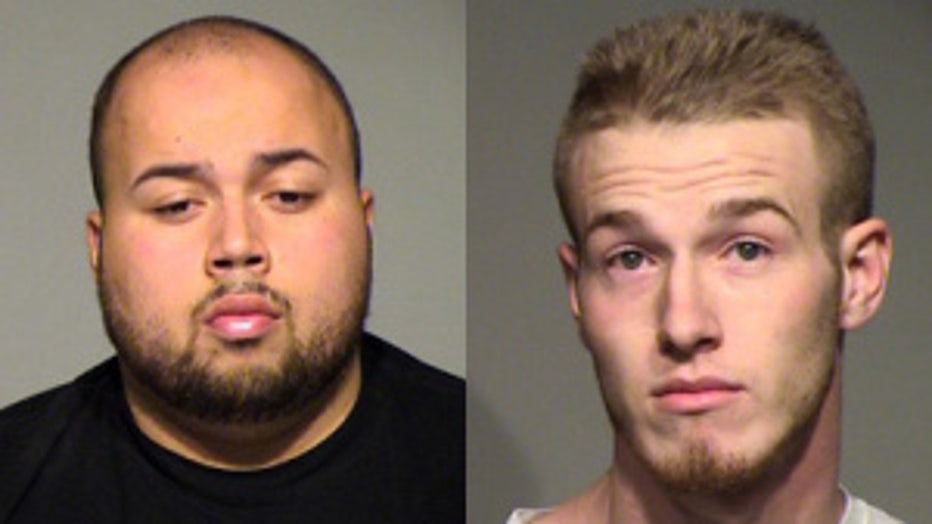 The driver, Sleider, was ordered out of his vehicle to perform a field sobriety test. But while conducting that test, Bell, who was a passenger in the car, exited and assaulted the deputy from behind.

Bell repeatedly struck the deputy in the head and face causing bruising, swelling and cuts. Officials say the deputy, a 17-year veteran, was able to tase that passenger.

A second deputy arrived and attempted to take Sleider into custody for drunk driving. Sleider refused several orders and was pepper sprayed.

Police say the attacked deputy was treated for his injuries -- and is okay.