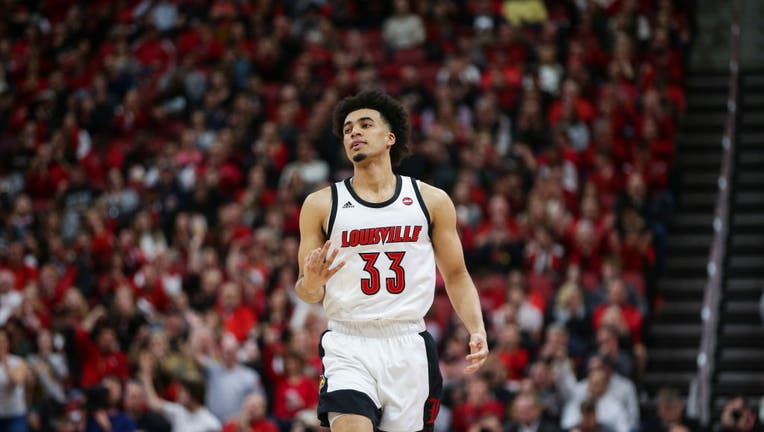 Jordan Nwora #33 of the Louisville Cardinals celebrates making a three point shot against the Virginia Cavaliers during the first half of the game at KFC YUM! (Photo by Silas Walker/Getty Images)

MILWAUKEE - The Milwaukee Bucks have selected forward Jordan Nwora from Louisville with the 45th overall pick in the 2020 NBA Draft.

According to a press release from the Milwaukee Bucks, Nwora was a consensus Third Team All-American and First Team All-ACC selection last season as a junior after averaging 18.0 points (2nd in ACC), 7.7 rebounds and 1.3 assists per game while shooting 44.0% from the field and 40.2% from three. The 6-7, 225-pound forward was also the runner up for ACC Player of the Year last season, a top-five finalist for the Julius Erving Small Forward of the Year Award and a top-15 finalist for the Wooden Award.

In three seasons with Louisville, Nwora appeared in 93 games and held career averages of 13.9 points, 6.0 rebounds and 1.0 assist per game. He was a career 44.5% shooter from the field and ranks seventh in Louisville history in career three-point field goal percentage at 39.4%. Nwora was also named the 2018-19 ACC Most Improved Player after posting averages of 17.0 points, 7.6 rebounds and 1.3 assists as a sophomore.