He called the Legislature's inaction “disappointing.”

Democrats urged Republicans who control the Legislature to take up the bills, but both the state Senate and Assembly met for less than 30 seconds each before ending the session. Republican leaders gave no indication when they may reconvene. Republican Speaker Robin Vos touted a task force he created, while Senate Majority Leader Scott Fitzgerald suggested there would be dozens of bills to consider in the months ahead.

Evers called lawmakers into a special session to consider a package of nine policing bills he first unveiled in June. They took no action then, but Evers tried to force them to take up the measures in the wake of a Kenosha, Wisconsin, police officer shooting Jacob Blake in the back on Aug. 23. The investigation into the police shooting of Blake, who is Black, is ongoing.

The Bucks led an NBA walkout that stopped playoff games last week to express their frustration with the shooting of Blake and acts of racial injustice. President Donald Trump was in Kenosha on Tuesday.

Korver said the team is trying to “stand in the middle” politically.

“We can only control what we can control, and we have a big series that we’re in," he said.

The top-seeded Bucks lost to the Miami Heat in Game 1 of their Eastern Conference semifinal series on Monday night. Game 2 is scheduled for Wednesday.

“We’re trying to partner with the other teams in the state in saying how can we be leaders because we need leadership in our state and in our country,” Korver said. “We need leadership that is standing for the people. We need this right now. And we’re not getting it. We don’t want to be pulled one way or another. We’re learning on the fly how to try to be in the middle, and it’s tough, right? But that’s our heart. And I hope everyone knows that in Wisconsin.”

Bucks forward Khris Middleton, who is Black, said the team wants to keep bringing awareness to social justice issues. Middleton said he hoped the Wisconsin Legislature would "do the right thing for the people, and just bring people together.”

Bucks coach Mike Budenholzer said he too was disappointed in the Legislature.

“At the end of the day, it feels like there’s work to be done, and they’re not doing it,” he said. "It doesn’t seem like we’re getting governing from the people that were elected, whether they be Republican or Democrat, in Wisconsin.” 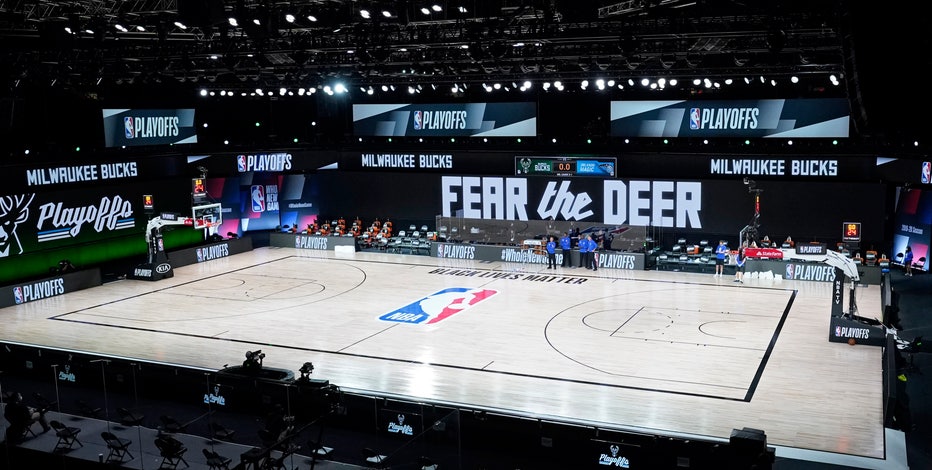 'We're in this fight:' After playoff win, Bucks discuss decision to sit out Wednesday's game

The Milwaukee Bucks completed their playoff series against the Orlando Magic on Saturday, a rescheduled game that was to be played Wednesday.