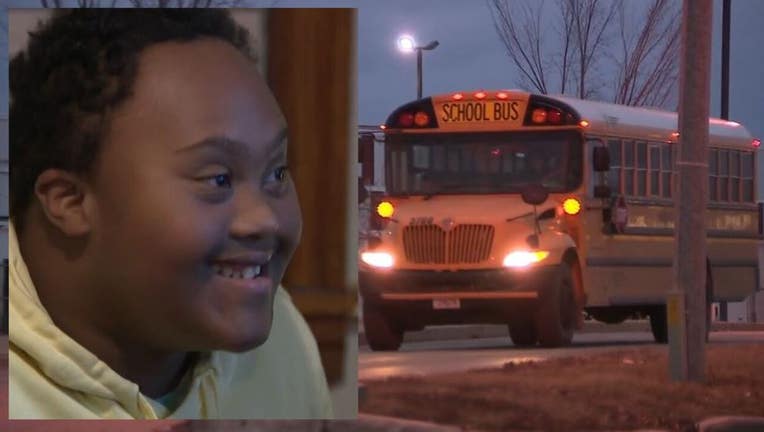 MILWAUKEE - A bus driver has been criminally charged – accused of leaving a child unattended on her bus. The boy never made it to school and was eventually found near Potawatomi Hotel & Casino. Travita Terry is facing one count of neglecting a child.

According to the criminal complaint, around 7:30 a.m. Thursday, Jan. 12, Deborah Smith watched as her son, Nick, boarded the bus like he always does. The 15-year-old has Down syndrome and receives door-to-door bus rides to Riverside High School.

The principal of the high school reviewed surveillance video that showed Nick not getting off the school bus that morning when it arrived at 8:03 a.m.

Police contacted the manager for the Wisconsin Central Bus Company. Travita Terry was identified as the driver of the bus. Terry said Nick had gotten off the bus at school, that he was the third child to exit the bus, and that she checked all the seats for any children after drop off.

A short time later, police were dispatched to Potawatomi Hotel & Casino for the report of a child that was dropped off at the location and lost.

Potawatomi's surveillance footage showed the yellow school bus parking on West Potawatomi Circle around 8:20 a.m. Travita Terry is seen exiting the bus at 8:24 a.m – and at 9:08 a.m. Nick is observed exiting the bus and walking around the circle and on the street.

Nick stated that he fell asleep on the bus and when he woke up around 9 a.m., the bus was parked outside Potawatomi Hotel & Casino with no one else on board.

A Good Samaritan saw Nick, called police and stayed with him until officers arrived.