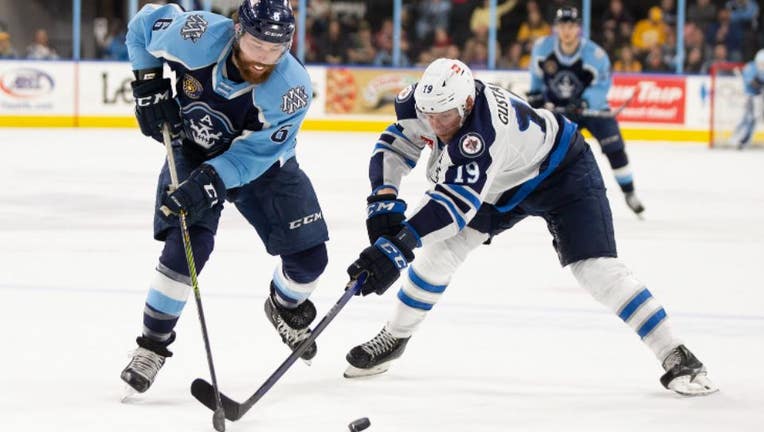 MILWAUKEE - Cole Schneider scored his 30th goal of the season, becoming just the fifth player in Admirals AHL history (2001) to do so, but it wasn’t enough as the Ads fell 6-2 to the Manitoba Moose on Sunday afternoon, April 24 at Panther Arena.

The goal also gave Schneider 498 career AHL points as he looks to become just the 95th player in the 80-plus history of the league to accomplish the feat.

The Moose got off to a quick start scoring a pair of goals in the game’s first 4:01 for a 2-0 advantage. Leon Gawanke got the first one off a pretty feed from Kristian Fessalainen from behind the net at 2:36 and then 1:25 later CJ Suess picked up his first of the night during a 4-on-4 time.

Suess’s second of the game gave the Moose a three-goal lead as he picked up a shorty at 10:07 of the second period for his 12th of the season.

The Admirals made things interesting in the third period, scoring goals just 21 seconds apart to pull within one at 3-2. The first came from Jimmy Huntington when he took a cross-ice pass from Cody Glass and sniped his 13th of the season at the 8:29 mark. Brayden Burke also picked up an assist on the play.

Shortly thereafter Schneider found a loose puck in front of the net and squeezed it by Manitoba goalie Eric Cormier. He joins Darren Haydar, Chris Mueller, Rich Peverley and Pontus Aberg as the only players to top the 30-goal plateau.

Unfortunately for the Ads they were unable to use that momentum as the Moose got a power-play goal from Ville Heinola at 13:24 and less than a minute later Evan Polei notched his 11th of the season and suddenly it was 5-2 in favor of Manitoba.

David Gustafsson sealed things with an empty netter with four seconds to play.