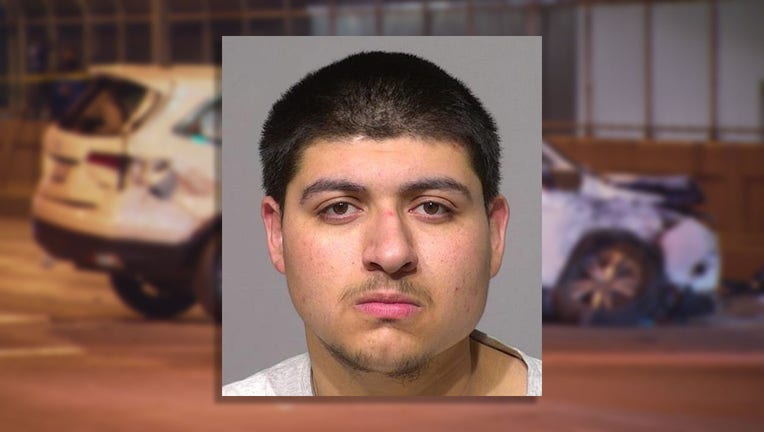 MILWAUKEE - An 18-year-old Milwaukee man was driving on a suspended license when he crashed into another motorist, killing one person, prosecutors say.

Christian Castro-Veloz has been charged with second-degree reckless homicide for the fatal March 5 crash on the 16th Street viaduct.

It happened just before 8:30 p.m. when, police said, Castro-Veloz ran a red light and hit another vehicle that was making a u-turn. There were seven people in that vehicle, one of whom was ejected from the vehicle as a result of the crash. A 42-year-old Waukegan, Illinois man was killed, a 36-year-old Waukegan man was seriously injured and five others sustained non-life-threatening injuries.

Castro-Veloz also sustained serious injuries and was arrested at the hospital.

A criminal complaint states Castro-Veloz admitted he was driving, had seen the light about to turn yellow and the other vehicle begin its u-turn -- but was unable to stop. Surveillance video contradicted the timing of events. 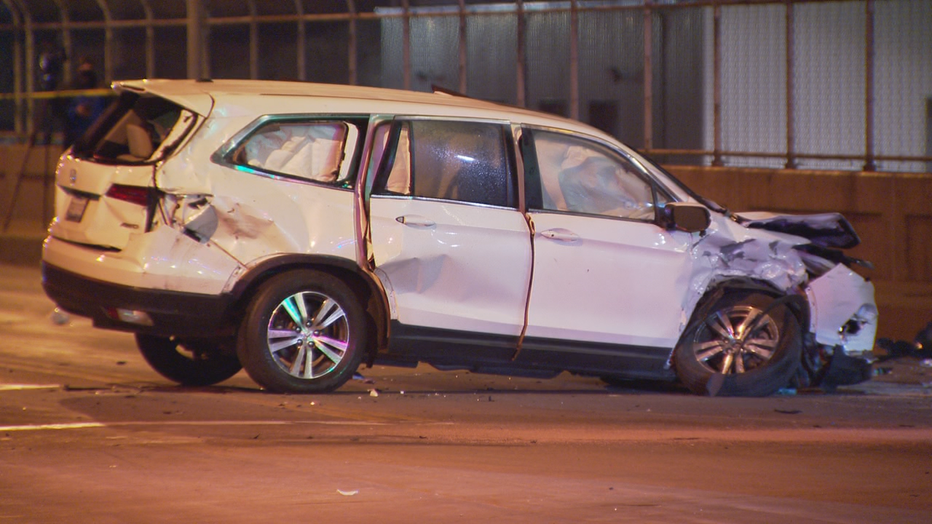 Scene of fatal crash on the 16th Street viaduct in Milwaukee

Castro-Veloz also claimed to have been driving 40-45 mph "at most." However, information retrieved from his vehicle after the crash showed he was traveling as fast as 73 mph seconds before the crash and was going 63 mph at impact, just after hitting the brakes. The speed limit is 30 mph.

Court documents state Castro-Veloz's license had been suspended on Aug. 28, 2020.

Tire bounces across I-94 during rush hour

Video captured a runaway tire on I-94 near Hawley Road on Thursday, March 11. The tire bounced over the median and into oncoming traffic, hit a car, and broke a window. No injuries were reported.