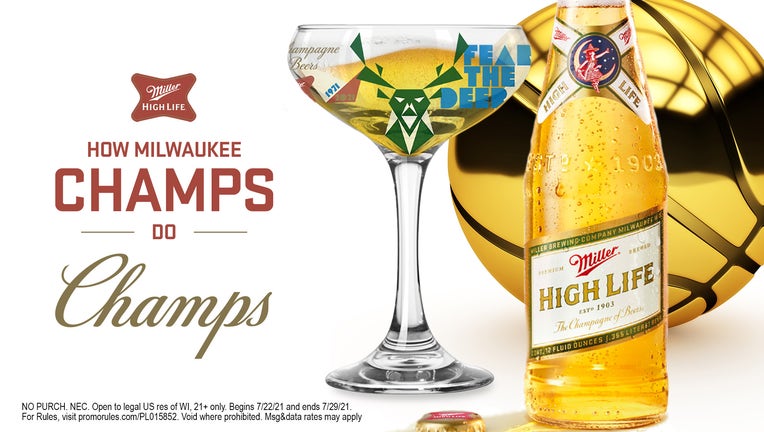 MILWAUKEE - The Champagne of Beers is for Champions!

For the first time in 50 years, the Milwaukee Bucks have brought home the NBA Championship title. As a brand that’s been a part of the city for over 100 years, Miller High Life is helping fans raise a victory toast with The Champagne of Beers.

Fifty Wisconsin fans will be able to get their hands on a pair of hyper limited-edition Miller High Life x Milwaukee Bucks coupe glasses by tweeting how they’re celebrating our hometown heroes. It’s seriously as easy as replying to this tweet.

For more info, go to  millerhighlife.com/champagneofbeersisforchampions.

Thousands will squeeze into downtown Milwaukee on Thursday to catch a glimpse of the Bucks in a parade that celebrates the city’s first NBA championship in 50 years.

Brian Kramp talks with fans ahead of Bucks victory parade.