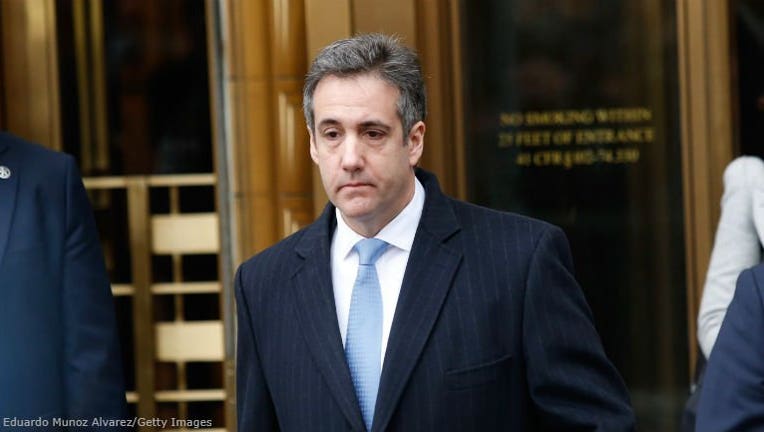 Michael Cohen's memoir about President Donald Trump will be released Sept. 8 by Skyhorse Publishing, which confirmed the news Thursday to The Associated Press. The book is called “Disloyal: The True Story of the Former Personal Attorney to President Donald J. Trump.”

“‘Disloyal’ is the most devastating business and political horror story of the century,” according to a Skyhorse statement shared with the AP. “It is a story that you haven’t read in newspapers, or on social media, or watched on television. These are accounts that only someone who worked for Trump around the clock for a decade — not a few months or even a couple of years — could know.”

Earlier in the day, Cohen had released the book's foreword, writing of his estranged former boss, “He wouldn’t mind if I was dead.” He did not list a publisher for the book and, as of midday Thursday, it was not listed on Amazon.com or Barnes & Noble.com.

Cohen is completing the last two years of a three-year prison sentence at home after pleading guilty to campaign finance charges and lying to Congress. He was released from prison in May amid coronavirus fears, only to be returned in July after making it known that he planned to publish “Disloyal.” The U.S. government dropped its effort to silence Cohen late last month after an agreement was reached between government lawyers and Cohen attorney Danya Perry that lifted a ban on Cohen speaking publicly.

Skyhorse has a history of taking on books by controversial public figures, including a memoir this spring by Woody Allen that had been dropped by Hachette Book Group.